(Minghui.org) A Chengdu City, Sichuan Province resident was sentenced to prison for his faith in Falun Gong, a spiritual discipline that has been persecuted by the Chinese communist regime since 1999. 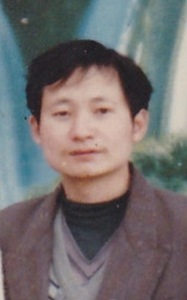 Mr. Yuan Bin, 52, was arrested on January 24, 2019 for seeking the release of his sister, Ms. Yuan Xuefen, who was arrested on May 21, 2018 for removing propaganda posters attacking Falun Gong.

Ms. Yuan was sentenced to two years by the Longquanyi Court on April 28, 2019.

Another Falun Gong practitioner, Ms. Ding Shuqing, who was arrested on October 25, 2018 after being reported for using banknotes printed with information about Falun Gong, appeared in court with Mr. Yuan. She was sentenced to three years in prison, with a 10,000-yuan fine.

With strict information censorship in China, many Falun Gong practitioners have used creative ways to spread information about the persecution of their faith, including printing messages on banknotes.

Prior to his latest sentencing, Mr. Yuan has been repeatedly arrested and incarcerated for not giving up his faith. He served one year in a labor camp and eight years in prison. He lost his job as a teacher. His wife also divorced him.

Sichuan Woman Faces Trial for Removing Propaganda Poster against Her Faith, Brother Arrested for Trying to Secure Her Release