(Minghui.org) Falun Gong practitioners in Hamburg, Germany, held an information day on the Reesendammbrücke bridge on October 26, 2019. Their booth provided information to passersby in German and Chinese about Falun Dafa's introduction around the world, the benefits of practicing Falun Dafa and the Chinese Communist Party's (CCP) persecution of innocent practitioners in China. Many people signed a petition calling for an end to the persecution. 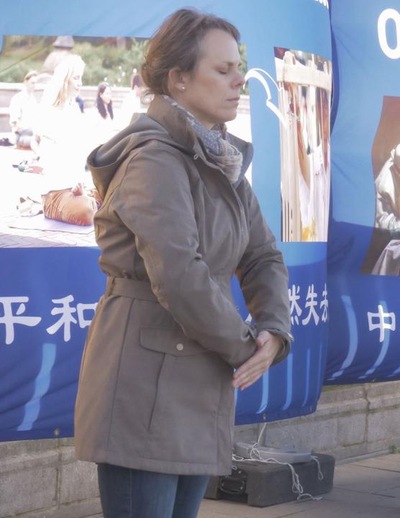 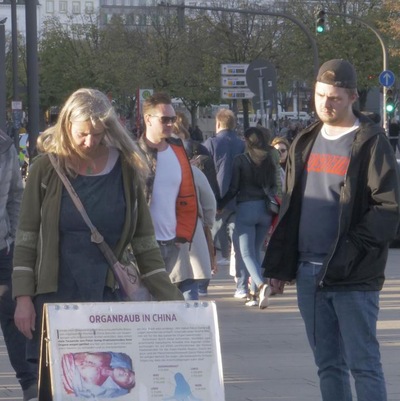 A passerby reads a display board about Falun Gong. 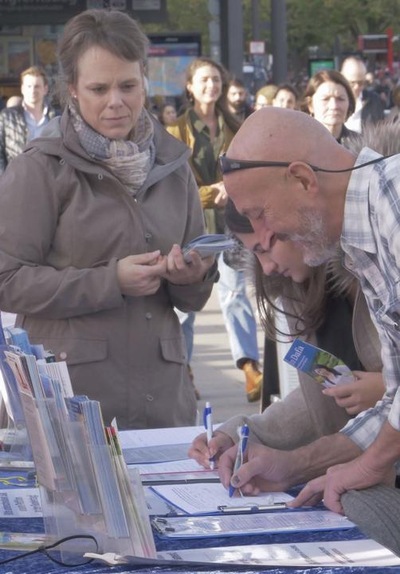 A signature collection calls for an end to the CCP's persecution. 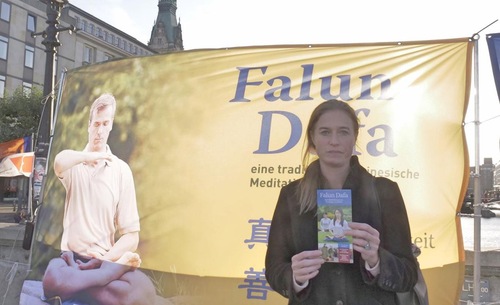 A woman named Pamela was saddened and angered to hear of the CCP's atrocities of harvesting organs from living Falun Gong practitioners. She called it a horrible and grotesque crime. “How could a group of people do such things to another group of people? [Those who harvest organs] are no longer humans. How could human beings do that for money?”

A young man said he had heard about the forced seizure of human organs in China, but didn't know any details. A practitioner gave him some background into the CCP's persecution of Falun Gong, and he signed the petition and said, “It's unimaginable! We must do something to stop it!” 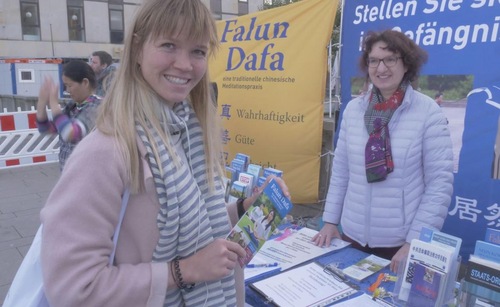 Ina hopes Chinese people will stay firm and never give up.

Ms. Ina Rehnert told a practitioner that she had lived in China for a year. She observed that life was hard for the Chinese people. “They have to carefully consider the consequences before they say or do anything.”

Ina would like to tell the Chinese people and Falun Gong practitioners, “You must stay firm. Continue to fight for yourself and others. Never give up. It's so important! I know it's not easy. The control of the totalitarian government is everywhere. People have to find ways to protect themselves and tell others what they know.”

A man talked with a Falun Gong practitioner and learned a lot about the self-cultivation practice and the CCP's persecution. He thought self-cultivation was a great way to return to one's origin. He took many different introductory materials to read.