(Minghui.org) Three deputies of the National Council of the Slovak Republic met with Dr. Wang Zhiyuan, President of the World Organization to Investigate the Persecution of Falun Gong (WOIPFG), on Friday, September 20, 2019. The National Council members in attendance were Mrs. Anna Veresova, Mr. Peter Osusky, and Mr. Ondrej Dostal. 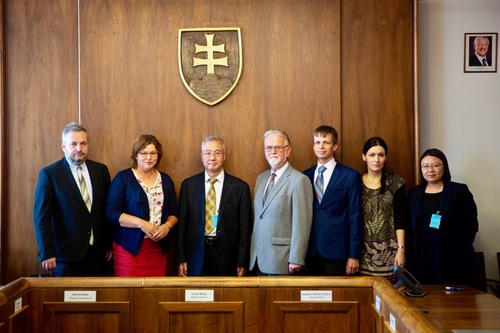 Dr. Wang introduced himself, noting that he had been a physician in China for 25 years and that he considered the opportunity to practice his profession, which can save lives, a great honor. But in 2006, he learned that, in China, organs for transplants were being harvested from living prisoners and that the Chinese Communist Party (CCP) was forcing doctors to kill people. It shocked him.

After verifying this information, investigators from the WOIPFG began investigating across China. They discovered that the largest hospitals and organ transplant institutions in almost every province had participated in this type of organ harvesting. In telephone interviews, 20 hospitals verified that they used Falun Gong practitioners’ organs for transplants. 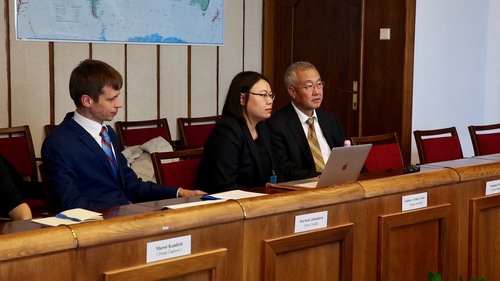 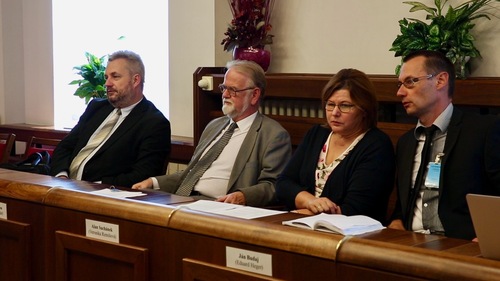 Dr. Wang said that when calling these hospitals, the investigators presented themselves as relatives of a person in need of a transplant. In most developed countries, the average waiting time for such organs is two to three years, but in China it is two to three weeks, with some hospitals freely admitting that they use organs from Falun Gong practitioners.

Dr. Wang’s team found that organ harvesting was systematically managed and organized by the communist regime. He described it as a crime against humanity and a crime of genocide that continues to this day.

In the latest investigation, which was carried out between October 19 and December 2, 2018, 17 presidents and directors in 12 transplant hospitals in 11 provinces said that they could guarantee the arrangement of an organ for transplant within one to two weeks. Ten of those interviewed admitted that they were still using organs from Falun Gong practitioners.

Dr. Wang gave the National Council deputies some suggestions on how to help stop this crime. Mr. Peter Osusky, MP, brought up the possibility of passing a law forbidding citizens from accepting a transplant organ of unknown origin. Also discussed was the Magnitsky Act, adopted in the U.S., which allows for the denial of visas to people who have committed human rights abuses.

“We Should Avoid Using WeChat As the CCP Increases Surveillance Capabilities”