Taiwan: Exposing the Persecution of Falun Gong with Activities in Hualien

(Minghui.org) Falun Gong practitioners held activities in front of Hualien Train Station in Hualian, on October 20, 2019. They introduced Falun Gong to the public and raised awareness of the Chinese Communist Party’s (CCP) persecution, especially the state-sanctioned live organ harvesting. Many passers-by signed the petition to express their condemnation of the persecution. 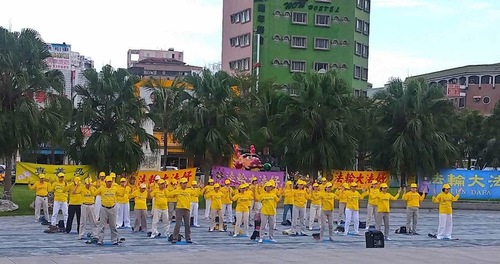 Practitioners demonstrate the exercises in front of Hualien Train Station on October 20, 2019. 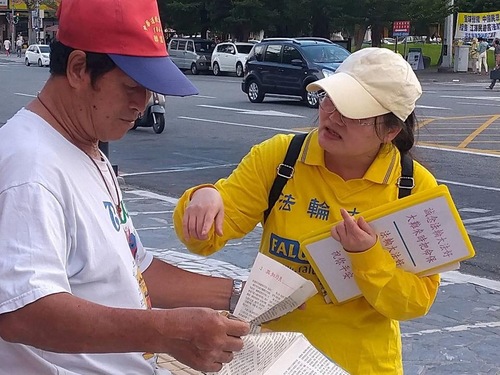 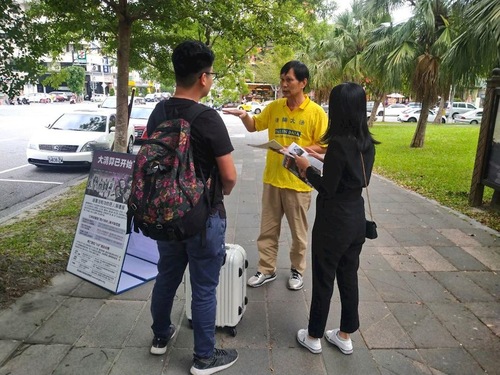 Practitioners talk about Falun Gong and the persecution to passers-by 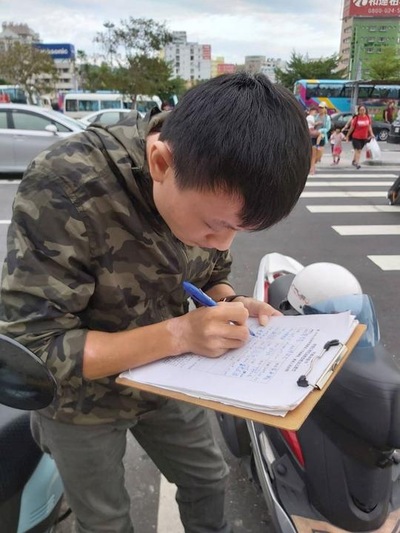 A woman read a flyer and listened to a practitioner’s explanation. When she learned about the CCP’s brutal live organ harvesting, she was appalled. She said she supported practitioners’ efforts against the persecution.

She said, “The U.S. government should not issue visas for those who infringe on human rights and persecute religions. I also hope Taiwan's government enacts measure so that those who persecute Falun Gong cannot enter Taiwan.”

A family came to the railway station square and stopped to watch as practitioners demonstrated the exercises. After learning about the persecution, Mr. Zhou said, “The CCP controls people’s thoughts, bodies, property, everything. This is just awful!”