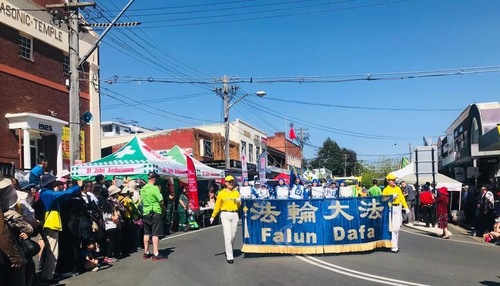 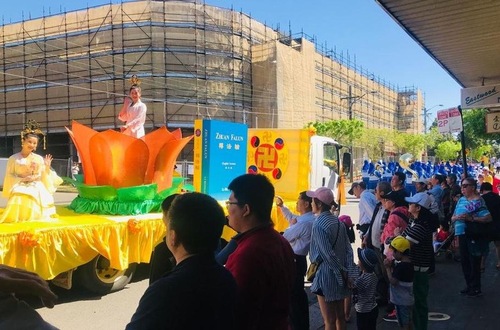 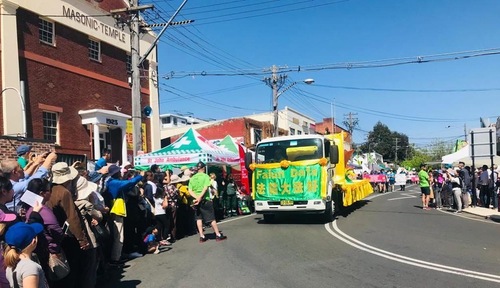 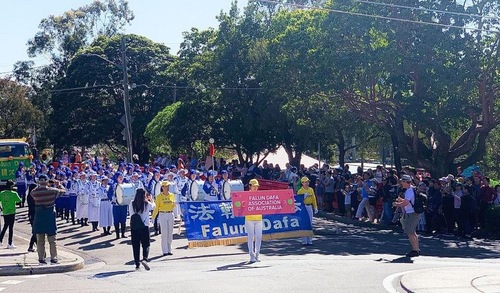 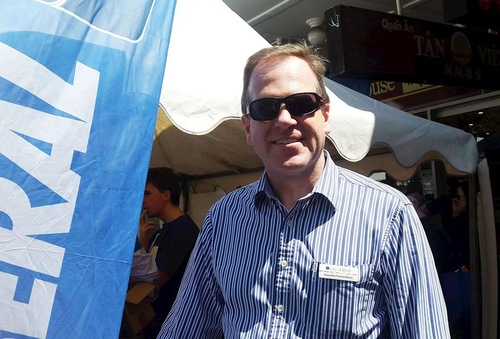 Councillor Trenton Brown of the City of Ryde took several photos of the practitioners' parade group and said he would post them on his social media. He said he was very happy to see Falun Gong practitioners participate and admired their colorful and elegant style. He said he also appreciated seeing their group exercise in Eastwood Park every morning. He feels it's great that Falun Gong is practiced around the world and he's saddened by the Chinese Communist Party's (CCP) persecution. He praised practitioners' guiding principles of Truthfulness-Compassion-Forbearance and their peaceful resistance to the persecution. 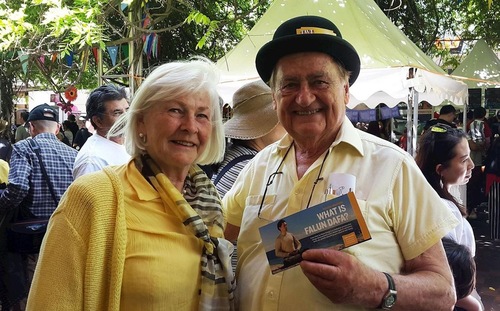 Mr. John F. Booth, the managing editor of the Weekly Times, attends the celebration every year. He said the Tian Guo Marching Band and the Waist Drum Troupe were fantastic. He said he appreciated the heart-warming energy, the peaceful beauty, and practitioners' sincerity. He hoped to see Falun Gong in the parade every year! Ulrike praised the pleasant, bright colors of the Falun Gong group. 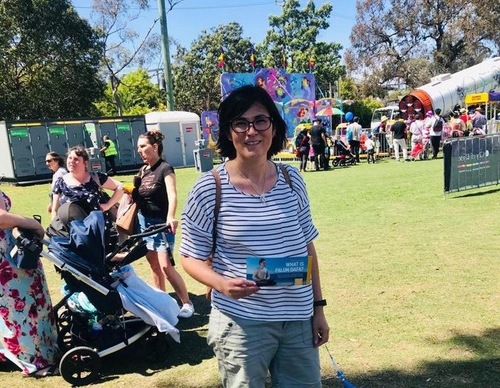 Lyn, a local resident, was saddened to learn of the brutal persecution and organ harvesting from practitioners. She said everyone should have freedom of belief, and that Truthfulness, Compassion, and Forbearance are universal values. 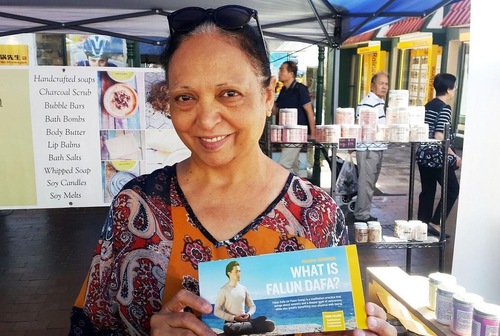 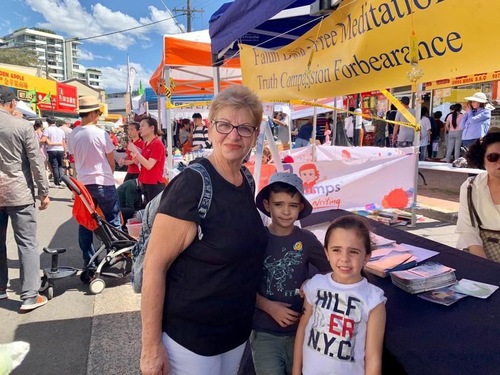 Ms. Romeo Camela is saddened by the persecution.

After Ms. Romeo Camela met Falun Gong practitioners at the festival last year, she invited them to teach the exercises at the nursing home where she works. She said the elderly people at her nursing home enjoyed learning the exercises, and said they felt comfortable and had sharper minds after doing the Falun Gong exercises.

Ms. Camela also wrote a petition to the Australian government to help rescue a young practitioner's imprisoned mother and sister in China. She also participated in a Falun Gong demonstration when she visited Rome.

Romeo said, “The Falun Gong demonstrations are very peaceful. No violence. The Chinese government is too cruel to people. It should never treat people like that. We humans are one family. We need freedom, compassion, and understanding of each other.” On hearing that the U.S. government decided to deny visa to human rights violators, she said the Australian government should do the same thing, and the persecution should be stopped. 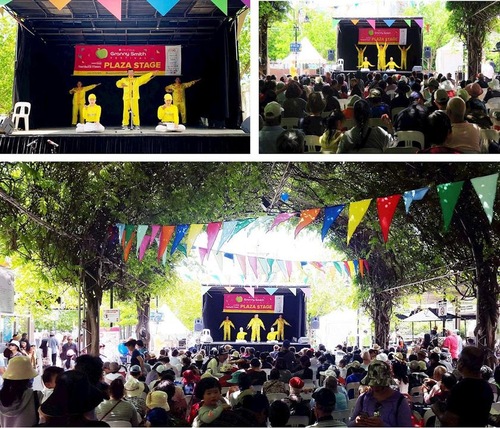 Practitioners demonstrated the exercises on stage.

As part of the events, practitioners demonstrated the Falun Gong exercises on stage. One practitioner introduced the ancient spiritual practice and invited everyone to an upcoming free workshop. 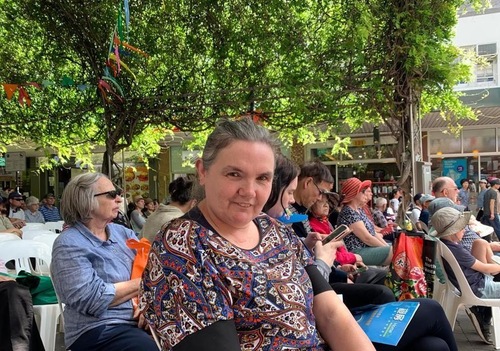 Local resident Kate was happy to hear there's a group exercise site near her home. 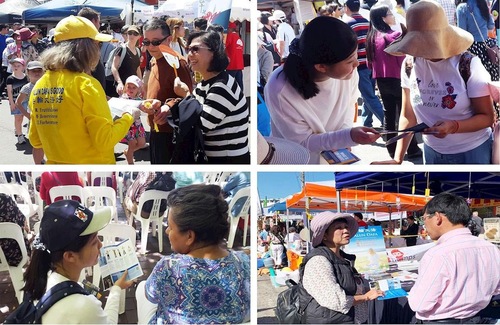 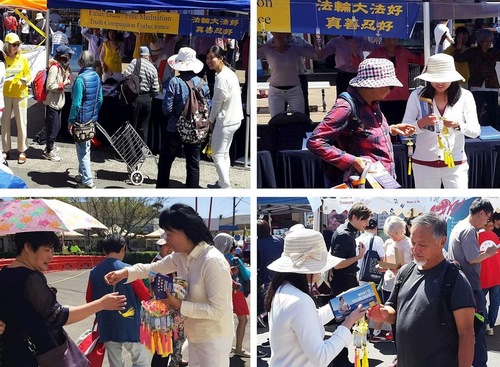 Practitioners demonstrated the exercises and introduced Falun Gong at their information booth.

“When Seniors Reading Falun Gong Books Together Becomes a Crime”

“Taiwan: Exposing the Persecution of Falun Gong with Activities in Hualien”