Despite the steady rain, many people stopped to learn about Falun Gong and signed the petition condemning the ongoing 20-year-long campaign of persecution. 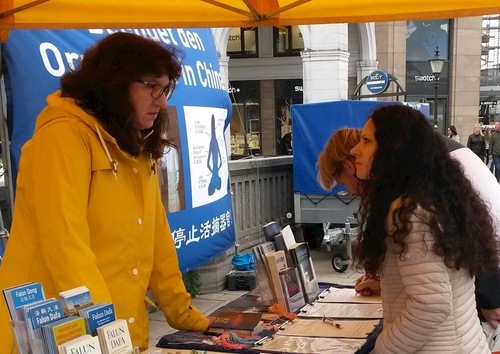 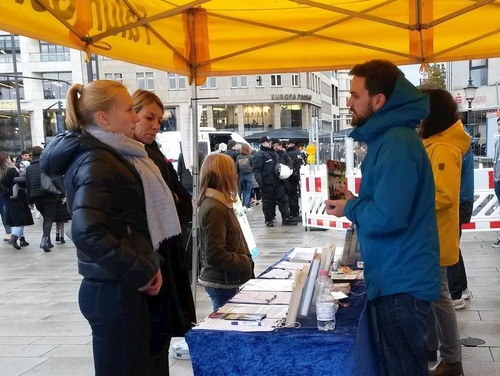 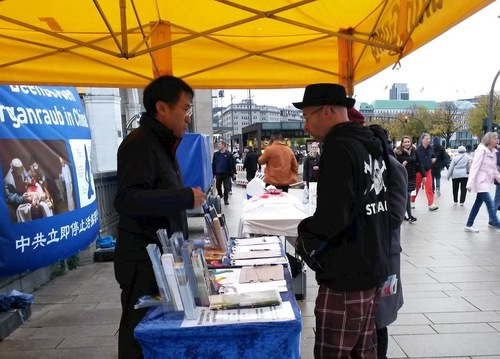 Passersby learn about Falun Gong and the CCP’s persecution during activities held in Hamburg on October 19, 2019.

Two tourists in their 50s learned about the CCP’s state-sanctioned live organ harvesting from Falun Gong practitioners for lucrative profits. One said, “I believe it—in China, everything is possible.”

They looked at the photos and talked with practitioners. After reading the information, they signed the petition and expressed their appreciation. 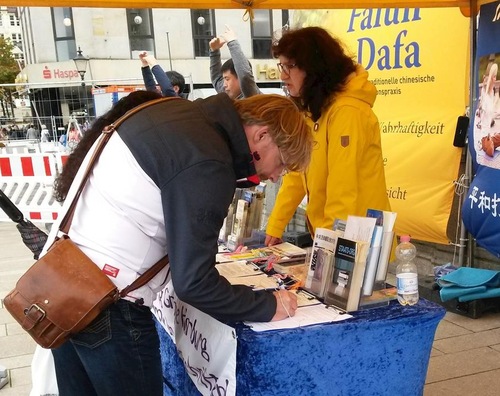 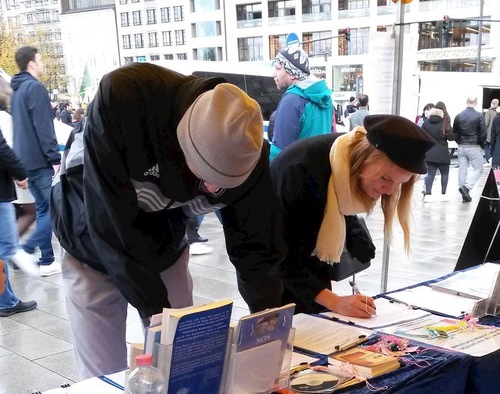 A woman in her 60s and her friend stopped and asked several questions about the persecution, especially the forced organ harvesting. Shocked, she asked, “Are these people really killed liked that?!”

She thanked practitioners for the information and said she hoped their efforts would be successful.

“Husband Barred from Attending Wife's Trial for Her Faith”

“Teacher: Falun Dafa Has Blessed Me and My Students”