This was the university's 105th Homecoming Day, an annual Autumn tradition which alumni, students and local residents eagerly anticipate. The parade was held Friday evening. Despite the cold, several thousand people lined the parade route. 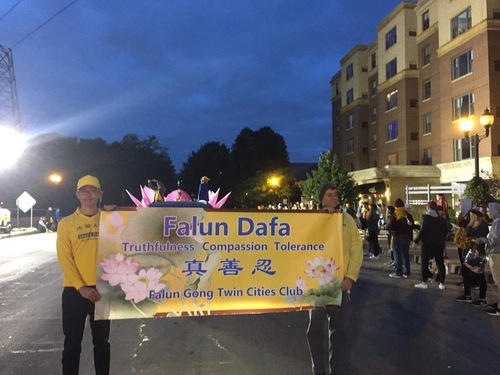 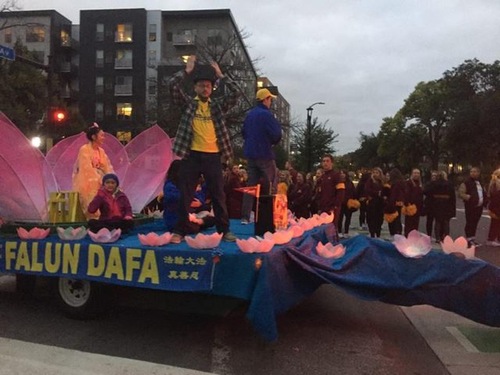 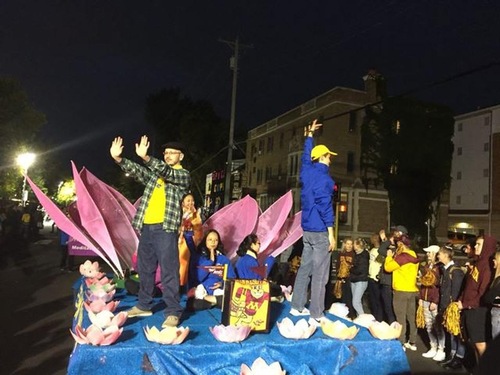 The Twin Cities Falun Gong Club participated in the University of Minnesota's Homecoming Parade on October 4, 2019.

Practitioners demonstrated the exercises on the float and several people did the exercise movements along with them. People happily accepted information about Falun Gong and handmade lotus flowers.

As the university's band members passed the practitioners' float, they shouted out Falun Gong's principles displayed on the float banner: Truthfulness, Compassion, and Forbearance.

Led by Goldy Gopher, the University of Minnesota mascot, parade-goers repeatedly shouted, “What do we believe in? Truthfulness, Compassion, and Forbearance!”

“Married Couple and Their Son Detained, Daughter-in-law Harassed and Forced into Displacement with Baby Girl”

“Helping Our Friends Save Their Marriage”