(Minghui.org) The Falun Gong club at the University of Georgia held day-long activities to introduce the practice to students and faculty on October 10, 2019. They also raised awareness of the Chinese Communist Party’s (CCP) persecution, especially the state-sanctioned live organ harvesting from Falun Gong practitioners.

They demonstrated the exercises and exposed the CCP’s persecution outside during the day. That evening, they screened the Peabody Award winning documentary Human Harvest (also known as Davids and Goliath).

This was the club’s second event this semester to introduce Falun Gong on campus. At the beginning of the semester, they participated in the campus-wide event to welcome new students. 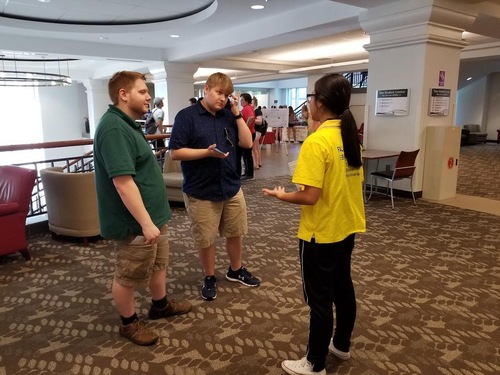 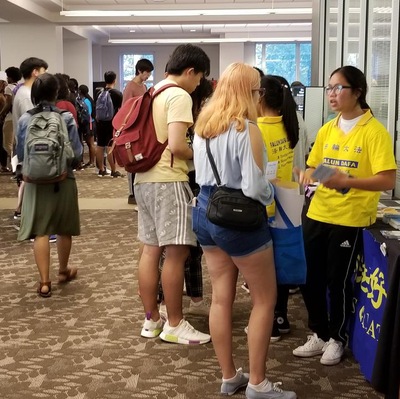 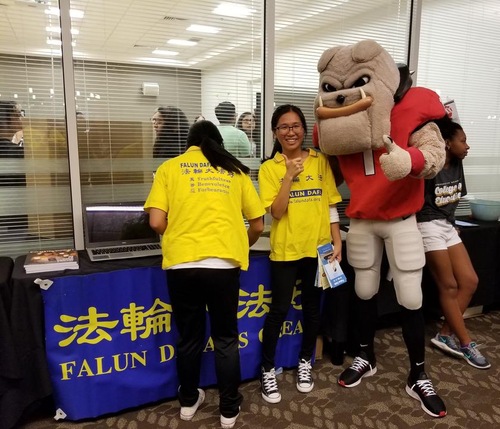 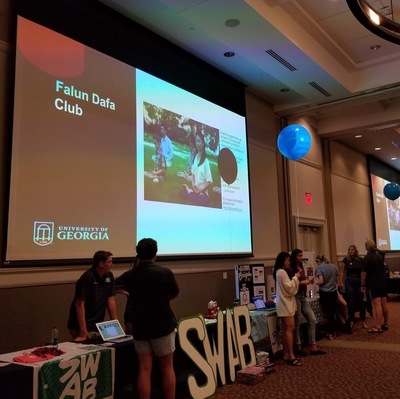 Members of the University of Georgia's Falun Gong participated in the campus-wide event to welcome new students. 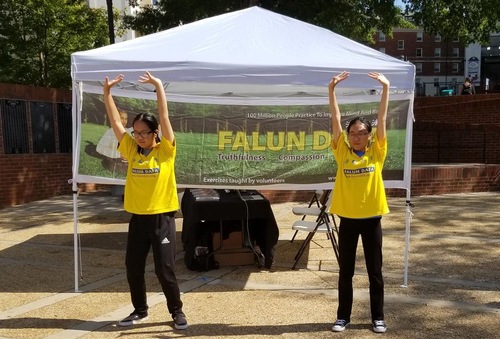 Practitioners demonstrate the Falun Gong exercises on the University of Georgia campus.

The University of Georgia is one of the oldest public universities in the United States. Mr. Zhang, president of the Falun Gong Club, said, “Nearly 100 million people practice Falun Gong. However, practitioners in China are still suffering under the Chinese Communist Party’s (CCP) persecution.

“Falun Gong is beneficial, so I want to promote it at the school. I think everyone can benefit from this meditation practice,” he explained.

During the events, many students expressed their interest in learning more about Falun Gong. Several expressed their sympathy and support after hearing details of the persecution. They also signed a petition to the U.S. government to condemn it.