(Minghui.org) The first Falun Dafa Experience-Sharing Conference in German-Speaking Switzerland took place in Zurich on October 13, 2019. The practitioners who attended were from not only German-speaking areas of Switzerland, but also French and Italian-speaking regions, as well as Germany, Austria, and the United States. 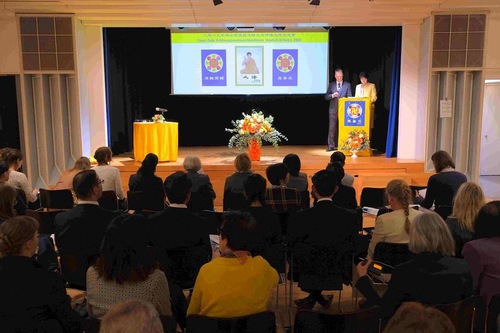 The first Falun Dafa Experience-Sharing Conference in German-Speaking Switzerland was held in Zurich on October 13, 2019.

Young practitioner Laetitia began to practice Falun Dafa about two years ago, and she now looks at the world with fresh eyes. “I no longer want to live the life that I used to, since that deviates too much from the universal principles of Truthfulness-Compassion-Forbearance,” she said. She quit smoking and drinking almost immediately after starting to practice and no longer went out with boys. Her anxiety and greed for food that had bothered her for a long time also disappeared. She became more positive and open-minded. “Accepting criticism became easier for me, and I am no longer afraid, no matter what happens to me or who I stay with,” she continued. She said that people around her now find her more approachable and easygoing.

By cultivating diligently, she realized that the above changes were rather superficial and she needed to improve her heart on a fundamental level. “Sometimes, as I was telling others about how wonderful Falun Dafa is or about the persecution in China, I noticed that I felt I was more knowledgeable than they were. In other words, I needed to let go of attachments such as conceit, zealotry, and showing off. This would help me to communicate with people in a better way,” she said.

She noticed that she sometimes felt bad when she saw other practitioners cultivate or clarify the facts better than she did. She started to think that she had picked up the practice too late and that it was unfair; this notion gradually affected her self-esteem. Further study of the teachings made her realize these thoughts were caused by jealousy. “In the meantime, I found my jealousy did not make sense. After all, Master has arranged all of our paths, which vary from person to person. Thinking about it further, I realized I have wasted too much time adapting to and mimicking what others do, instead of truly improving my heart based on the Fa,” she explained.

Her self-esteem issues disappeared and she could interact with people more openly and kindly. She started to tell people about Falun Dafa for their own good, instead of based on her sense of superiority. “I worked hard to improve my xinxing while remaining modest, which allowed me to get along well with others. People could sense I was empathic. I also learned to do well without going to extremes or simply following my passion,” she continued.

As Laetitia made efforts to change her heart fundamentally, people around her became more receptive and willing to hear about Falun Dafa. “I am so thankful for Master’s compassion, because Dafa can truly change us. If we always look within and do our best, we will be able to help awaken everyone we meet,” she said. 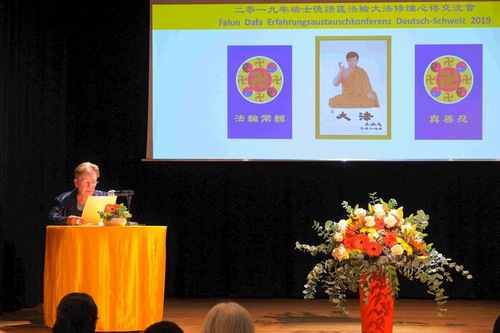 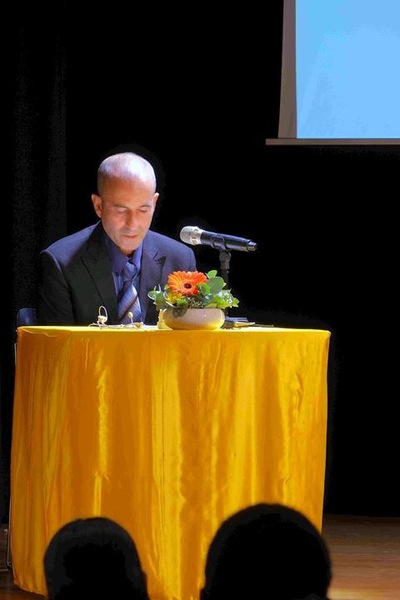 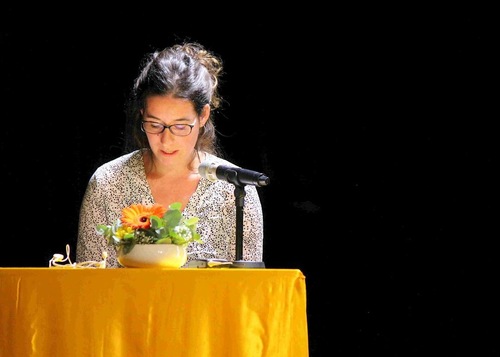 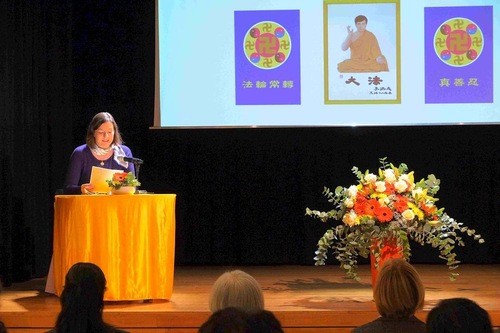 Nineteen practitioners talked about their experiences at the conference.

Gratitude for Being a Dafa Practitioner

Jorge is originally from Cuba and has lived in Switzerland for more than 20 years. He said he had a regretful past that included drug issues, but he had the fortune to encounter Falun Dafa in a park in 2007 and began to practice. Although he initially avoided xinxing conflicts by removing himself from the group, Master did not abandon him. About three years ago, he returned to the local Fa-study group and gained a better understanding of conflicts between practitioners.

“I have now realized that Master Li's compassion was behind each of these xinxing conflicts. In fact, these conflicts are opportunities for us to look inward and identify our issues,” he said, “There is nothing accidental in our cultivation. I pay attention to everything that happens to me and every sentence other practitioners say because they remind me of things I need to learn from or pay attention to.”

Illness karma symptoms almost took his life a year ago. He went for a follow-up exam earlier this year, and the doctor told him the tumor was now benign and no more treatment was needed. Even a malignant metastasis in his lung had disappeared. The doctor had not expected this outcome for his 60-year-old patient, Jorge.

When he heard this news, Jorge was deeply grateful to Master Li. “I knew that only Falun Dafa and Master Li could achieve this,” Jorge said. He did not know the details about what had happened, and he did not want to know. One thing he knew for sure was that he is now healthy, and he no longer needs any more examinations. “Every day I am happy to do the three things. Although I still have shortcomings, I am so fortunate to be a Dafa disciple—the past is already history and I just have to continue purifying myself toward selflessness,” he said. “Cultivating Falun Dafa is the most important thing in my life.”

Simone understood right from the outset of her cultivation that tolerance is important for a Falun Dafa practitioner, but she found that she merely endured interpersonal conflicts passively. After passively tolerating these conflicts many times, she gradually learned how to be tolerant as a practitioner and truly experienced the joy of cultivation.

She was once at a bakery when an attendant suddenly criticized her with sharp words. “As she was swearing at me, my heart was calm and I listened quietly. I was actually a little happy, because from her words, I realized my omissions and shortcomings. Plus, I was finally able to face this type of situation and remain undisturbed,” she said.

Prior to that incident, Simone had already realized that when people say something to her, it could be related to her human notions. She thus thanked the attendant for her words and handed her a Falun Dafa flyer. The attendant accepted the flyer from her graciously and appeared to be quite delighted.

Ursula has practiced Falun Dafa for 19 years. She has cooperated with other practitioners to help stop the suppression in China by distributing materials to families in the mountains. She also spends a lot of time sending forth righteous thoughts.

A practitioner gave Ursula a computer one day, hoping that she would learn how to use it. Filled with hesitation and fear, Ursula stayed away from the computer and sometimes did not even want to go home. She understood the importance of computers, and so she decided to learn some basic operations from another practitioner. She was later able to handle numerous truth-clarification and Fa validation projects by using the computer. Her Apple computer has now become her friend.

Through this experience, Ursula found that her fear and uncertainty about new technology stemmed from her lack of faith in Dafa and Master Li. “Since Master has made all these arrangements, why should I still doubt it? Isn’t anything that happens in my cultivation and any pain I experience related to my improvement?” she explained. With that understanding, she felt relaxed and peaceful.

“Changing Myself Led to My Son Overcoming His Internet Addiction”