(Minghui.org) Falun Dafa practitioners from Russia, Ukraine, Belarus, and Lithuania met in Moscow for the 20th Annual Falun Dafa Experience Sharing Conference which was held on October 12 and 13, 2019. Fifteen practitioners shared how they improved on their cultivation path by following the principles of Truthfulness-Compassion-Forbearance. 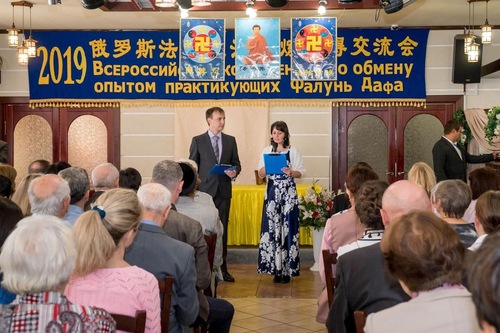 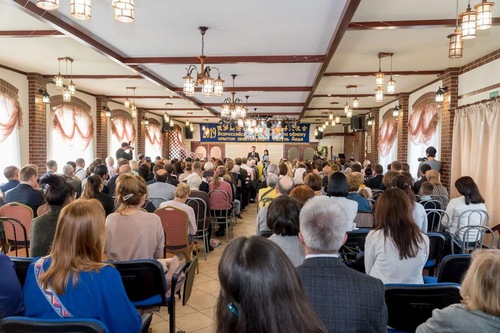 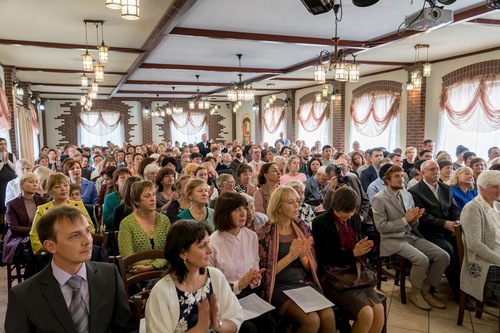 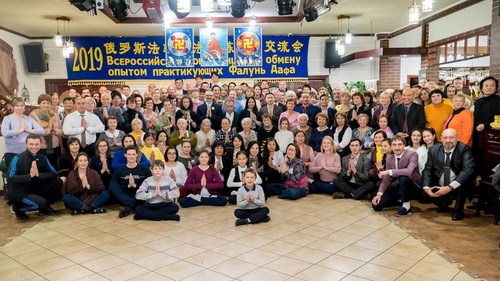 Participants at the conference 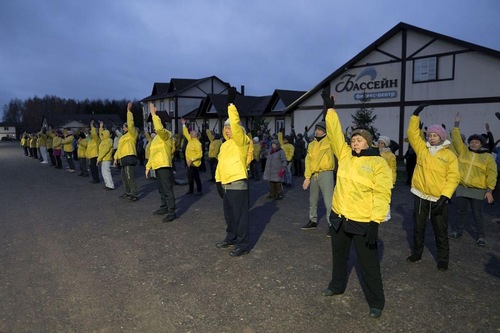 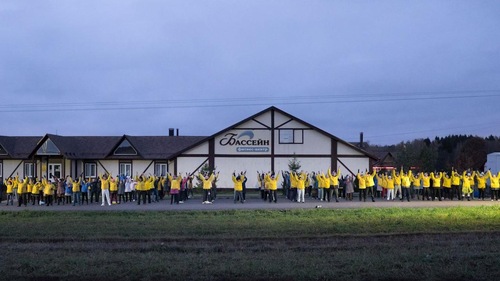 Doing the exercises before the conference

The following are some of the experiences shared by practitioners at the conference: 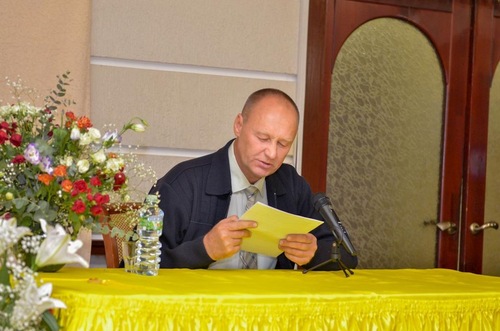 Yuri Shmatov set out to hold The Art of Zhen-Shan-Ren [Truthfulness, Compassion, Forbearance] International Exhibition in Siberia. There was so much to do, but little help. The local practitioners realized that they had to carefully plan the event, cooperate well with each other, and be considerate of others while eliminating notions. As a result, they held one exhibition after another and many learned the truth about Dafa from the exhibit.

Yuri talked about a miracle that happened in Belokuriha. “The place we initially booked wasn’t good. We found an exhibition center downtown where there was a lot of foot traffic. The next day we went to the center to talk to the manager, but he was out of town. I called him and learned that the rental fee was high. I told him that the Art Exhibition was educational and free to all, and asked him to waive the fee. He told me that this was okay with him, and that he would provide any necessary help. We found the best venue in such a short time!”

The Truth We Were Looking For 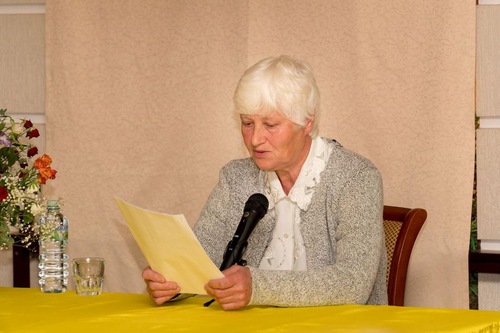 Nina Solovyova and her husband began to practice Falun Dafa in 2009. “For a very long time I looked for the meaning of life and studied different beliefs, religions, theories, divination, and even therapies. I didn’t find the truth anywhere only lies and deception,” she said. One day her husband Igor came home with a copy of Zhuan Falun. He read it and repeatedly said, “This is the truth I have been looking for!”

After learning Falun Dafa, Nina’s severe varicose veins started to disappear. Her memory improved, and she no longer needed to wear glasses for nearsightedness. Her husband stopped drinking and smoking. They became considerate of each other. Because of Master Li’s (the founder) protection, the couple survived a fire without any injuries. 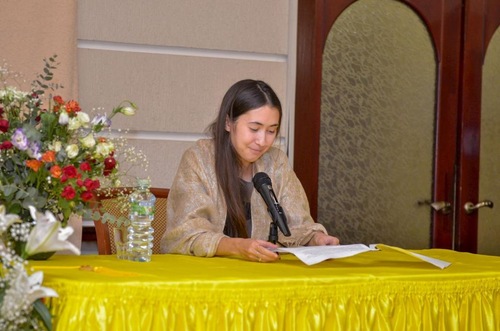 Yulia from Chelyabinsk had just become a mother. Being a stay-at-home mother, she had relatively more time to clarify the truth to people about Dafa. Using social media, she and several other practitioners told people about the persecution of Falun Dafa in China and why it is wrong. They have helped dozens of Chinese people quit the Chinese Communist Party (CCP) and its youth organizations.

Yulia clarified the truth to local Chinese farmers, which helped her eliminate her fear. “A Chinese man with tattoos got very angry and asked us to leave. He ordered the person I was talking to not listen to us and to not quit the CCP. I asked Master Li to help me clarify the truth to this man. As we spoke to him, his expression softened, and his attitude changed. He eventually quit the CCP.”

When Yulia clarified the truth at the airport, Master Li again helped. “There was a gusty wind when I was putting up a poster at the airport. I was frustrated. Two men came out of nowhere and helped me fix the poster on the rail. That way, tourists could see “Falun Dafa is good” as soon as they exited the airport. Many Chinese people smiled and waved. Some understood the truth about Dafa and quit the CCP.”

Anna from Moscow was about to help an older man quit the CCP after answering many of the questions he posed. Suddenly his cup fell and shattered on the ground. He became annoyed and refused to talk. “I realized something interfered,” said Anna, who realized the importance of sending righteous thoughts.

“To stop the interference, sending righteous thoughts is a powerful tool, but it must be done without fear,” Anna said, “I often worried about my safety, feared that I couldn’t clarify the truth efficiently, and people would berate me. I looked within, listed every one of my fears, and found a way to eliminate them based on Master Li's teachings. I realized that fear is a substance, and it isn’t part of us. When it emerges, we start to feel fear.”

Anna concluded that how well we save people depends on how well we cultivate, and how much time we devote to our efforts. “We must continue to eliminate our attachments after they are exposed through truth-clarification. This is how we continue to do well,” said Anna. 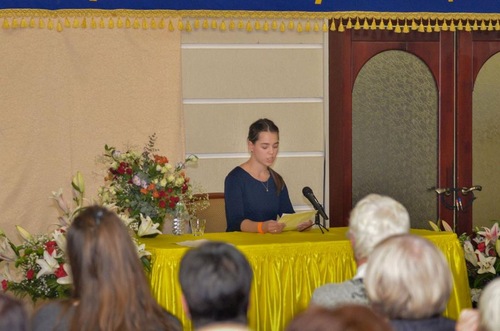 Katya Dynik from Ukraine once was told to help a coworker who couldn’t meet a deadline. After the job was done, the coworker was very happy and thanked her. A few months later someone in the company told Katya that the coworker she helped slandered her in front of their supervisor. The supervisor planned to fire Katya. Katya decided to follow the teachings of Truthfulness, Compassion, and Forbearance and refused to put up a fight. At the same time others in the company chose to stand up and speak up for Katya. The coworker was later fired. 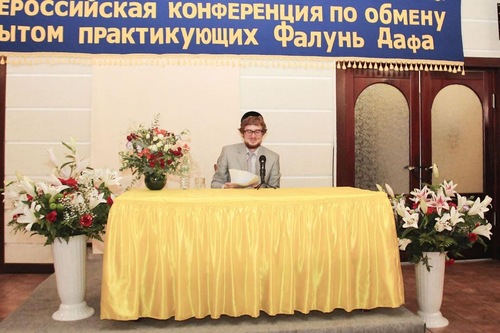 Ilnar Karim, a 35-year-old painter, used to live a degenerate lifestyle. “When I visited my parents, they didn’t want the neighbors to see me. They worried that the neighbors would think that I was a thug and an addict. I had long hair and look disreputable. My lifestyle was not traditional.”

Conquering My Desire for Drugs 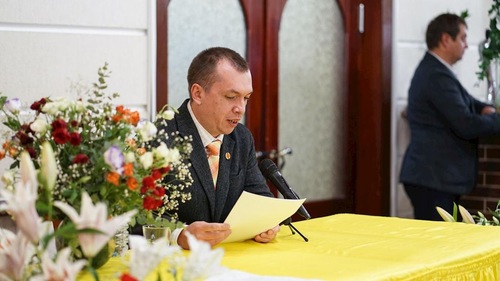 Yuri Mesheryakov, 32, used to be an alcoholic, and chain smoker. He was addicted to drugs and video games since he was 25. Instead of happiness, his lifestyle resulted in the feeling of emptiness. He wanted to change but was powerless. One day he saw Master’s lecture videos online, which changed his life. “I was filled with joy and free of pain. I was in control of myself, and no longer felt despair. I felt that this kind of happiness cannot be explained in mere words. I had suffered, and after such a long time, I finally found Master!”

Staying away from drugs was difficult, but Yuri had Master’s help. One New Year’s Eve he was with a friend who was using drugs. “I really wanted to use them. I was starting to give in, the addiction overwhelming me. I had no strength, physically or mentally, to fight my desire. I asked Master to help me. At that moment, a strong energy encompassed my body. It gave me the power to conquer the desire.”

“Three Hunan Residents Sentenced to Prison for Their Faith”