(Minghui.org) The Tian Guo Marching Band participated in the 75th Columbus Day Parade in New York on October 14, 2019. About 40,000 participants marched up 5th Avenue from 44th to 72nd streets in front of approximately one million spectators. New York's Columbus Day Parade is the largest celebration of Italian-American culture in the world, and features community groups, marching bands, floats, ethnic dances and other performances. The Tian Guo Marching Band drew spectators' attention with their powerful music and traditional costumes. 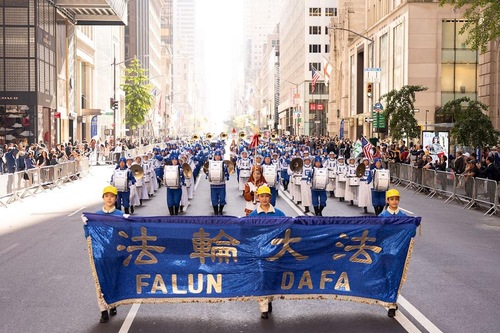 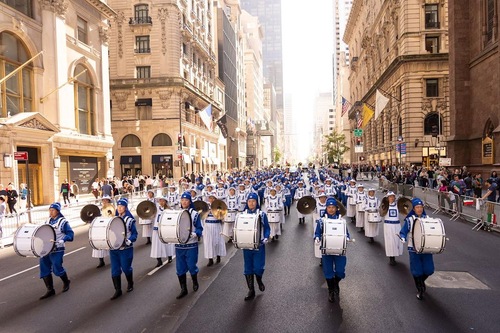 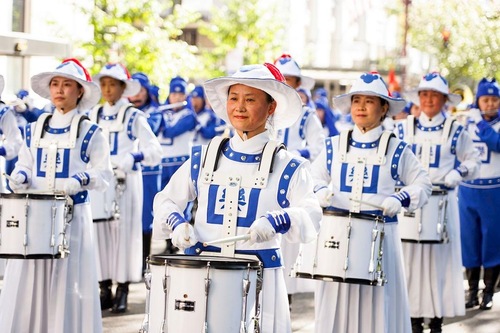 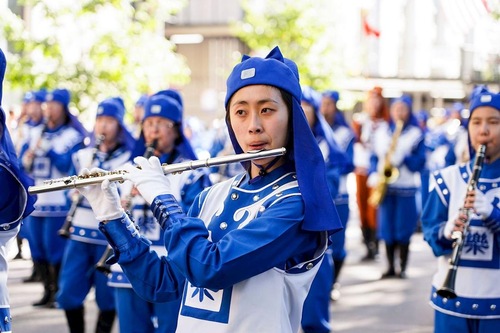 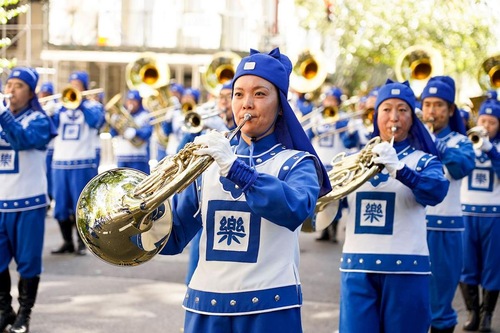 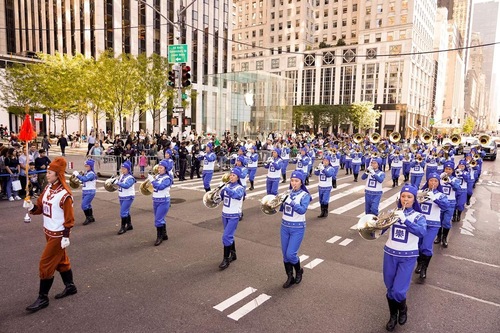 As the Tian Guo Marching Band passed, spectators cheered and clapped. Many people praised the band and exclaimed, “Fantastic!” “Awesome!” and “Falun Dafa!” Several people gave the band a thumbs-up.

Ms. Zhou, Director of the Tian Guo Marching Band, said, “It's our pleasure to join this great celebration and bring the beauty of Falun Dafa to everyone around the world. Italian people love music. We celebrate the holiday with them through our music.”

“How to Recognize Our Harmful Notions”