(Minghui.org) Falun Dafa practitioners in Perth, Australia, held a conference at the Rostrata Family Centre on October 6, 2019, to share some of the experiences they have gained in cultivation.

The first speaker was a teenager named Fuming, who shared how he had learned to balance cultivation practice and his studies, and how he used the teachings of Falun Dafa to guide his thoughts and actions so to avoid being influenced by declining moral standards in society. 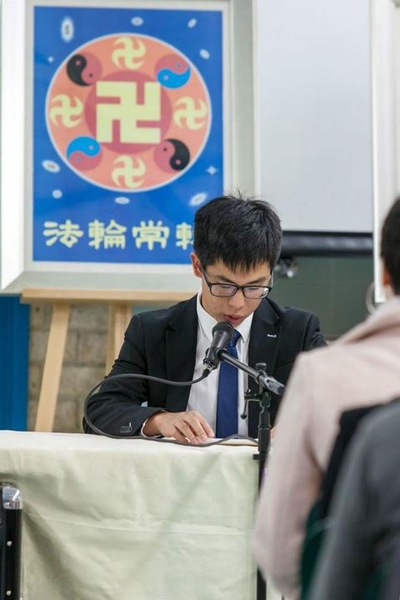 Ms. Ge, who began to practice Falun Dafa in 2005, shared how she benefited physically and mentally after becoming a practitioner. She gets up at 3:55am every day to do the Dafa exercises and has learned to be considerate of others. She talks to people about the persecution in China in her spare time, and to date she has helped more than 10,000 Chinese people renounce their memberships in the Communist Party and its affiliated youth associations.

Eirini, a Western practitioner, talked about how she thought about her shortcomings after she was criticized by others. In the process, she learned to accept criticism and saw her attachment of always wanting to compete with others. She said practicing Falun Dafa had taught her empathy. 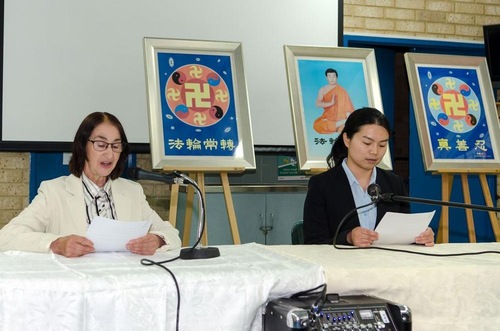 Susan lives in a remote town that is 500 km away from Perth. As the only practitioner in the region, she initially didn't know what she could do to tell people about Falun Dafa and the torture faced by practitioners in China, so she began to drop off information in local residents' letterboxes and gradually blazed her own path in cultivation.

She once sent more than 1,000 letters to schools in Western Australia to inform the principals about the Chinese communist regime's attempts to influence Australian education through the Confucius Institute. She now helps to maintain the local Falun Gong Facebook page and takes part in other projects to raise awareness of the persecution.

Susan also shared how diligently persisting in studying the teachings of Falun Dafa and looking inward for shortcomings have helped her make progress in cultivation. She said she had made tremendous improvements in her character over the years as a result. 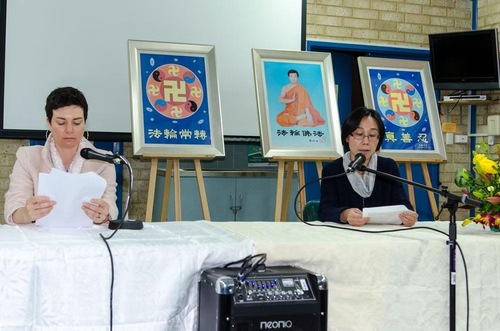 Mr. Sheng was the last speaker of the day. He has practiced Dafa for more than 20 years. He talked about how he rid himself of jealousy at work and how he learned to discipline his daughter rationally. Mr. Sheng has gone to the Quit the CCP Center in Perth's Chinatown every weekend for six years and has persuaded many people to quit the CCP. In the process, he said, he learned to respect other people's feelings.

Sarah began to practice Falun Dafa less than six months ago. This was her first time to attend an experience-sharing conference. She said listening to other practitioners' papers helped her a lot. She was especially inspired by how practitioners use the teachings to guide them in their daily lives.