(Minghui.org) Ms. Wang Zengmei, a resident of Pingdu City, Shandong Province, arrived at her friend Ms. Zhang Junying's home on September 24, 2019 to find a few officers rummaging through the house.

The police had intended to arrest Ms. Zhang for her faith in Falun Gong, but they seized Ms. Wang as well upon learning that she also practiced Falun Gong. 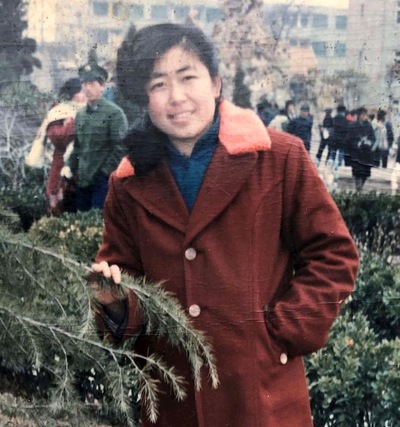 The arrests of Ms. Wang, 58, and Ms. Zhang took place hours after three other local Falun Gong practitioners, including Ms. Zhou Jun and her aunt Ms. Zhou Yuxiang, and Ms. Zhan Zhongxiang, were arrested at a farmers' market and had their homes ransacked earlier that day.

Failing to find any Falun Gong-related materials at Ms. Zhou Jun's home, the police turned to her mother-in-law, Ms. Zhang Junying, and ransacked her home.

After the police arrested Ms. Zhang and her guest Ms. Wang, they ransacked Ms. Wang's home around 11 pm. Both women were taken to Pudong Detention Center on the next day.

Ms. Wang's son went to Chengguan Police Station several times to demand her release, but to no avail.

Ms. Wang's 95-year-old mother was saddened over her arrest. She said, “My daughter is a good person. She always gives me all the good things even though she never splurges on anything for herself. I'm counting on her to care for me. Why did the police arrest her only because she visited someone? Is there any justice at all?”

Ms. Wang began to practice Falun Gong in 2002. She used to suffer severe depression and poor health. She attempted suicide several times. After she took up Falun Gong, she became much more positive about life and often has a smile on her face. Her health also recovered. She made a living as a housekeeper and developed a responsible and hardworking reputation.