(Minghui.org) A 28-year-old woman from Inner Mongolia died on January 10, 2019, shortly after being released on bail following her arrest while visiting relatives in Beijing.

The deceased woman and her relatives were targeted for their faith in Falun Gong, a spiritual discipline persecuted by the communist regime since 1999. She is the third Falun Gong practitioner confirmed to have died within five days after being arrested in January 2019. Her death resulted from police brutality while in detention after refusing to renounce her faith.

Ms. Guo Zhenxiang, 82, from Zhaoyuan City, Shandong Province, died hours after being arrested for passing out informational materials about Falun Gong on January 11, 2019. Ms. Song Zhaoheng, a 76-year-old retired teacher in Yushu City, Jilin Province, died on January 14, 2019 at Yushu City Detention Center, five months after she was arrested for talking to people about Falun Gong.

Ms. Ao Ruiying, from Oroqen Autonomous Banner, Inner Mongolia, was visiting her relatives, Ms. Zhang Qiusha and her husband Mr. Wei Xuejun, at their home in Beijing on June 26, 2018, when a group of police officers suddenly knocked on the door.

The police broke into Ms. Zhang's home after she refused to open the door. They ransacked the residence and arrested Ms. Zhang, her husband, Ms. Ao, and another relative, whose name is not known and who doesn't practice Falun Gong. The non-practicing relative was released after eight hours of detention at the police station.

The couple and Ms. Ao were later taken to Xingfeng Police Station and then transferred to Daxing Detention Center. 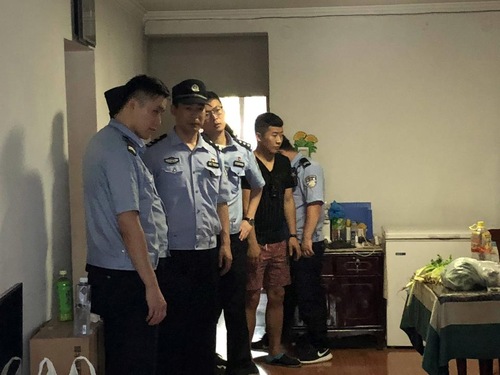 While Mr. Wei was released on acquittal on July 27, 2018, his wife has since remained in custody.

She kept coughing and lost a significant amount of weight upon returning to her home in Inner Mongolia. She requested that the Beijing police drop her case, but she never received any reply before she passed away.

Ms. Ao's mother, Ms. Ao Qingrong, also a Falun Gong practitioner, had just been released around 2018 after serving several years in prison for filing a criminal complaint against Jiang Zemin, the former Chinese communist regime leader who ordered the persecution of Falun Gong in 1999.

The older Ms. Ao suspects that her daughter had been abused during her brief detention in Beijing; otherwise a once healthy young woman wouldn't have died just a few months after her arrest.

“Melbourne, Australia: “A Peaceful Energy” at the Australia Day Parade”