Guangdong Couple Sentenced to Prison for Their Faith in Falun Gong

(Minghui.org) A married couple in Guangzhou City, Guangdong Province was sentenced to prison for their faith in Falun Gong. The wife has been suffering high blood pressure since her arrest eight months ago and had doctors on standby during her court hearings.

Mr. Xu Zhiyin and his wife, Ms. Liu Xin, were sentenced to four years and one year of imprisonment, respectively. Mr. Xu was ordered to pay a fine of 9,000 yuan and Ms. Liu 5,000 yuan. 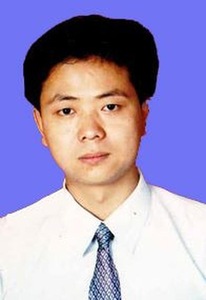 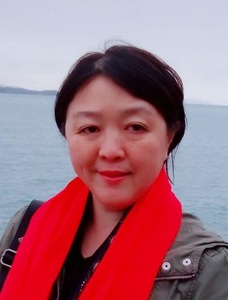 Falun Gong, also known as Falun Dafa, is a mind-body practice based on the principles of Truthfulness-Compassion-Forbearance. A large number of practitioners have been arrested, detained, and tortured for their belief since the Chinese Communist Party began persecuting the practice in 1999.

The couple was home on April 8, 2018 when they suddenly lost power. Mr. Xu was arrested when he went out to check what happened. It turned out that the police had shut off the electricity and water supply to the residence.

Officers took Mr. Xu to Renhe Police Station before returning to open the door of his home using the key they confiscated from him. Thinking it was her husband, Ms. Liu opened the door from inside. Terrorized by the group of officers who rushed in, she vomited and lay in bed. Nonetheless, officers took her away about ten minutes later. They later ransacked the apartment without the couple being present.

The police were not wearing uniforms during the process, nor did they present an arrest order or search warrant. They also did not provide the couple a list of items that were confiscated from their home.

Ms. Liu had lost about 22 pounds by the time she and her husband were ordered to appear at Liwan Court on September 14. Her husband was also in poor health. He had difficulty walking due to heart problems.

Four attorneys defended the couple during the hearing. They requested that the handcuffs and shackles be removed from the couple, and the request was granted. Since the couple was charged with “undermining enforcement of the law by cult organizations,” Mr. Xu asked prosecutor Zhang Hui how to determine what was a cult organization, and how he undermined law enforcement. But the judge stopped Mr. Xu before he could finish.

Prosecutor Zhang cited the Falun Gong informational materials, including CDs, books, and flyers confiscated from the couple's home, as evidence against them. He alleged that the couple broke the law by producing and distributing such materials.

The judge demanded to know who gave her those materials, but she refused to answer so as not to implicate innocent people.

The attorneys argued that the actual confiscated items, not just photos of the items, should be presented in court. In addition, the photos and video of the couple's home were not taken while the police were ransacking the place, but during an after-the-fact staged display.

The prosecutor played a surveillance video that showed the back of a person distributing something at a certain place. He alleged that it was Mr. Xu passing out Falun Gong materials. His lawyers argued that there was no way to confirm Mr. Xu was the person seen in the video.

The prosecutor then presented two written testimonies given by the same witness, who was not present in court. One statement claimed that the witness saw Ms. Liu distributing Falun Gong materials while the other statement said he never saw her passing out anything.

The attorneys demanded the couple's acquittal.

Two of the attorneys attended the sentencing hearing three months later, on December 27. The couple entered the courtroom while calling aloud “Falun Dafa is good” and “Truthfulness-Compassion-Forbearance is good.”

Both Mr. Xu and Ms. Liu told the judge they would appeal the verdict.

After Ms. Liu was arrested and terrorized in April, her blood pressure remained above 200, sometimes even reaching 220. Her body weight also dropped significantly. Her daughter submitted a request to the Procuratorate requesting that she be released based on her poor health. But the request was turned down by officials.

In a letter to the detention center before the hearings, Ms. Liu's daughter wrote, “I am writing this letter to you with the belief that you are all good people and are just doing your jobs. But I hope you know that my mom's blood pressure is extremely high and I am very worried about her health. If she is sentenced, I don't know if she can survive the tortures in detention.”

The letter continued, “This might be a simple decision for you, but to me, it means everything. I sincerely ask for your help: please release my mom. We will really appreciate your kindhearted help.”

Her final words were, “I hope when you look back on your career in the future, you can proudly tell your own child that in this most brutal and unprecedented persecution, your dad protected good people and upheld justice for them.”