Street Fair Spectator in Arzamas, Russia: “I Hope All Young People Come to Learn This”

(Minghui.org) Falun Dafa practitioners participated in street fair activities on September 1-2, 2018, which included a parade, an exercise demonstration, and a performance by the waist drum troupe and dragon dancers at Arzamas, which is 250 miles east of Moscow.

The parade started at Cathedral Square on the morning of September 1. With banners reading “Falun Dafa is good,” practitioners presented the gentle exercises, along with the energetic waist drum troupe and dragon dancers. Many people applauded the performance and took pictures. 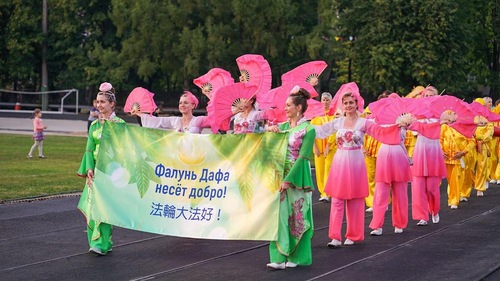 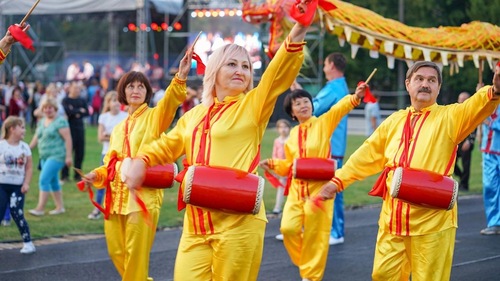 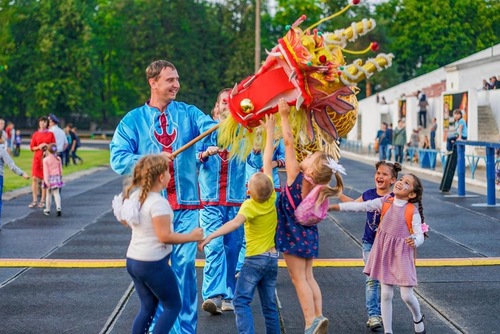 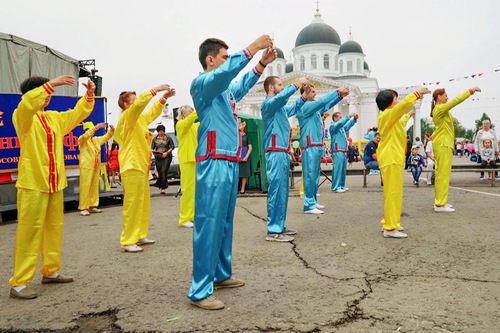 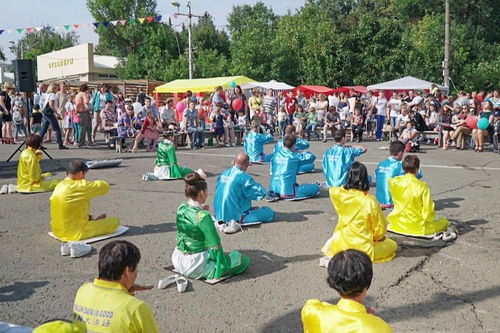 An exercise demonstration took place on stage following the parade. The host of the event introduced Falun Dafa and said that it is an ancient practice that consists of the principles of Truthfulness-Compassion-Forbearance, as well as five exercises that improve mind and body. After the exercise demonstration, practitioners joined the community celebration with the dancers and waist drum troupe.

One man said that he liked the activities because Falun Dafa practitioners were genuine and sincere. “The music brings serenity and it is so beautiful. I can tell all these girls who dance have a strong spiritual belief because they are so calm.” One woman commented, “I hope all young people come to learn this. We need more peace and kindness, especially in this modern society.”

Next to the stage was a booth for Petals of Peace, an event in which participants made paper lotus flowers. One woman who made a paper lotus flower was excited, “This is really amazing! Thank you for coming and bringing us so much.” She said the sitting meditation looks great because of the calmness. 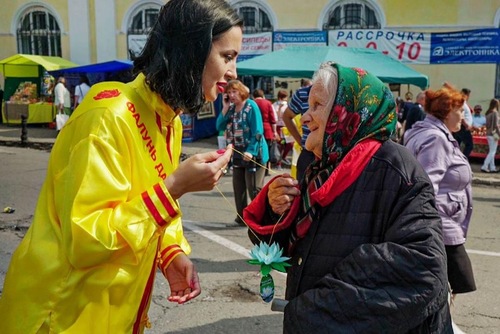 A pedestrian asking about Falun Dafa.

Upon hearing of the ongoing persecution in China, many people agreed with having freedom of belief. “Back then [during the Soviet Union], we were not allowed to discuss divine beings. But my parents did and we suffered form it. People even humiliated me at school. That is why I think these practitioners are very brave,” one person remarked.

After the exercise demonstration on stage, many passersby were drawn to the sitting meditation by practitioners at the square. One of them, 64-year-old Galina, followed the movements and commented that she really liked it.

“I received a pamphlet from someone at the train station the other day. I already read some of the books and decided to give a try to the exercises today,” she added. She said the meditation relieved her of the chaos around and made her feel peaceful. “I usually worry about my life and work. But sitting here is like being in a different world. Thank you very much for this,” she continued.

One woman had been practicing yoga and she was very curious about the meditation. She said that she had never seen something like this previously, and would like to try it. Before leaving, she asked about the time and location of the group exercises. 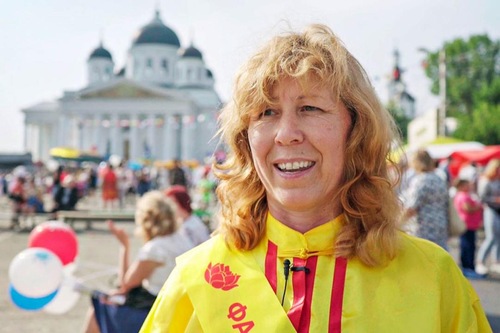 Olga Revina, 52, is a psychologist from Nizhny Novgorod. The death of her son eight years ago totally changed her life. To make things worse, she suffered from severe memory loss and could hardly remember her name. The frustration and pain took away her hope and she could barely survive. Learning Falun Dafa brought her hope, “I have been waiting for something like this for my entire life.”

The practice of Falun Dafa not only improved her health but also uplifted her mind. “I used to think about myself all the time and was pursuing personal gain. Now, I am honest and patient,” she explained. She said the selflessness made her healthier and happier.

“Kunming Woman Sentenced to 3.5 Years for Distributing Materials to Expose Persecution of Her Faith”