(Minghui.org) Falun Gong practitioners in Latvia were warmly welcomed as they introduced this ancient meditation for mind and body at the annual Ventspils City Festival on August 3-5, 2018. 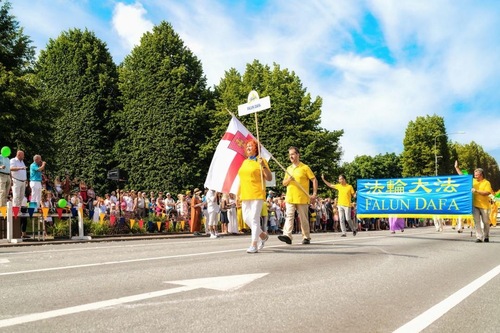 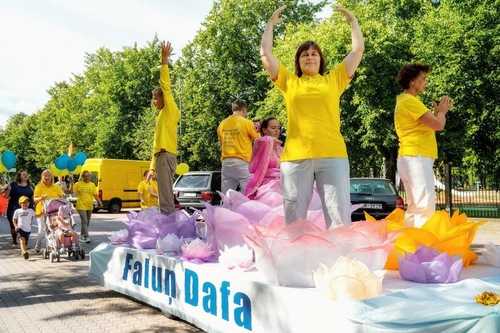 Falun Gong practitioners demonstrate the five sets of exercises on their parade float. 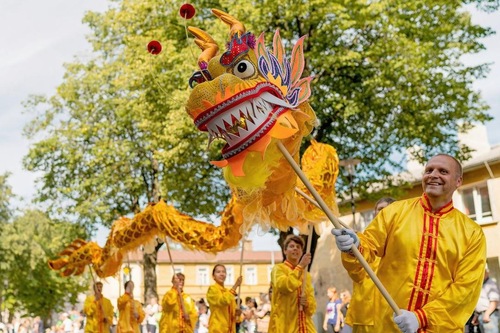 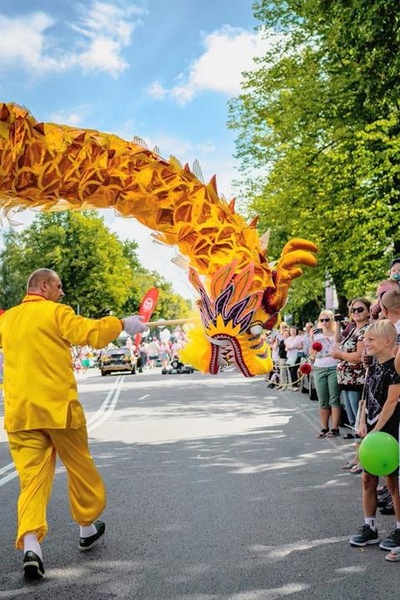 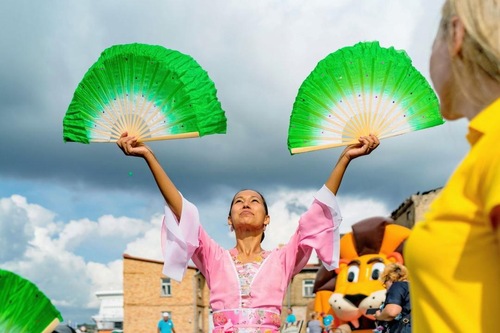 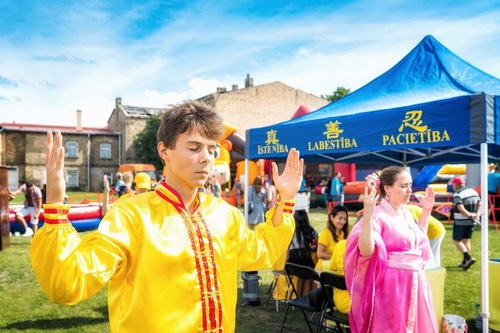 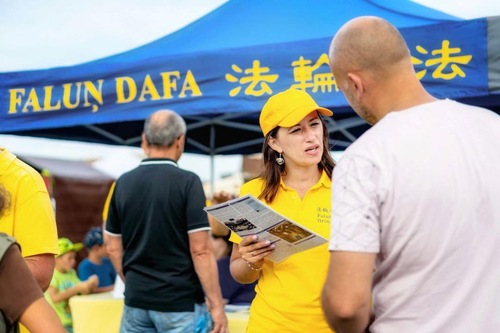 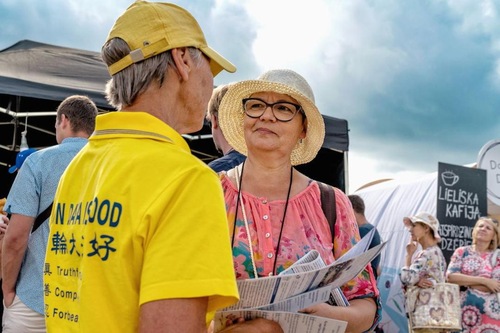 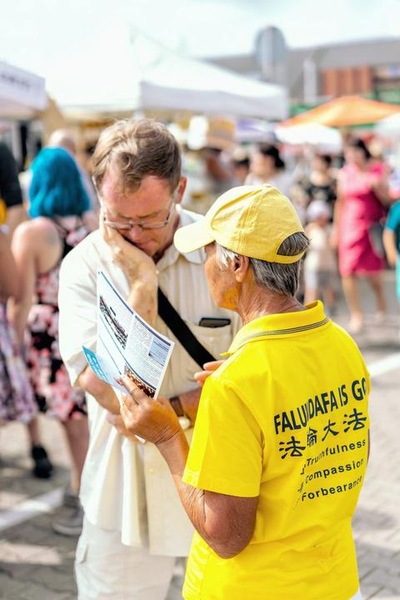 Practitioners raise awareness about the persecution of Falun Gong in China.

The festival parade was held on August 4. When the Falun Gong procession went by the main stage, the mayor, Aivars Lembergs, thanked the practitioners for bringing such a colorful display to the event. The mayor invited the practitioners to return next year and encouraged them to keep up their creativity to share their message.

The practitioners also set up a booth at the festival to promote the practice and raise awareness about the brutal persecution of Falun Gong in China.

“People shouldn’t be silent and indifferent to such a heinous crime against humanity,” said one man when he stopped to learn more and sign a petition.

A woman from Rezekne City learned how to do the exercises from the practitioners. She said that she felt wonderful afterward and made arrangements to attend a Falun Gong seminar to watch videos of the original lectures by the founder of the practice.

“Getting Rid of Laziness by Studying the Fa”