(Minghui.org) Invited by the Foundation for The Promotion of Thai Traditional and Alternative Medicine, Falun Dafa practitioners participated in the 3rd annual Herbal and Food Fair in Muang Thong Thani from August 29 to September 2.

Falun Dafa, also called Falun Gong, was first introduced to the public in China in 1992 by Master Li Hongzhi. The practice is based on the principles of Truthfulness-Compassion-Forbearance. For its effectiveness in improving health of both mind and body, the practice quickly became the most popular slow-moving exercise in China and eventually spread to more than 100 countries and regions worldwide. 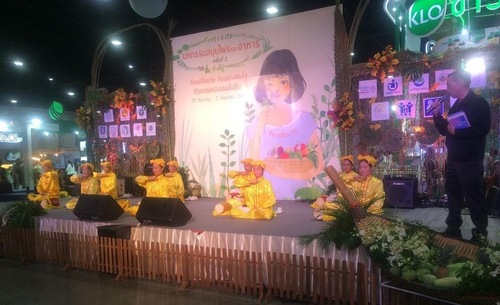 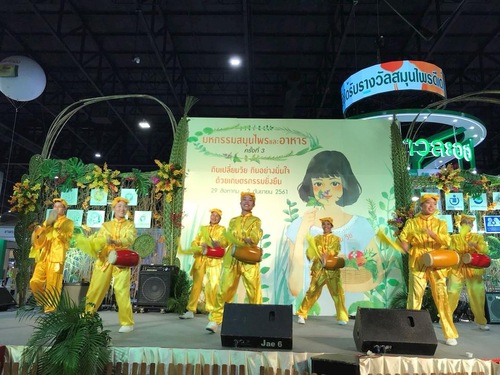 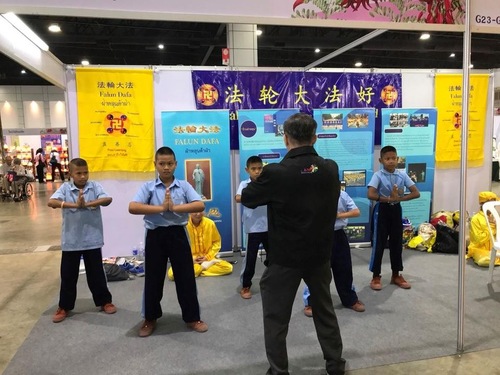 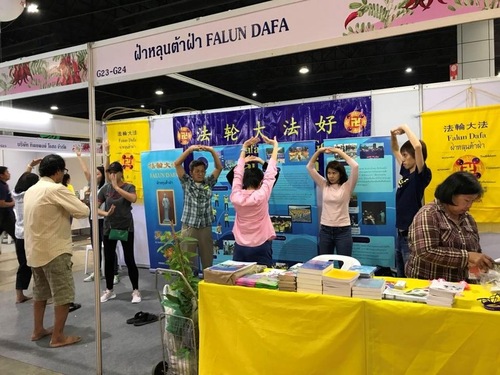 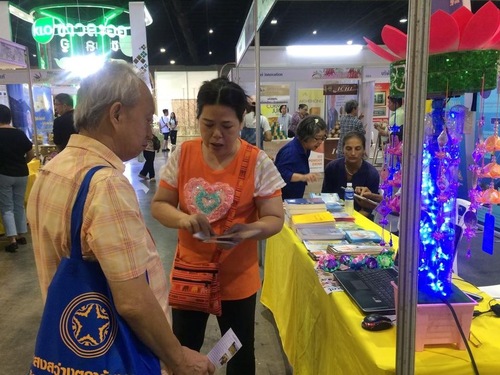 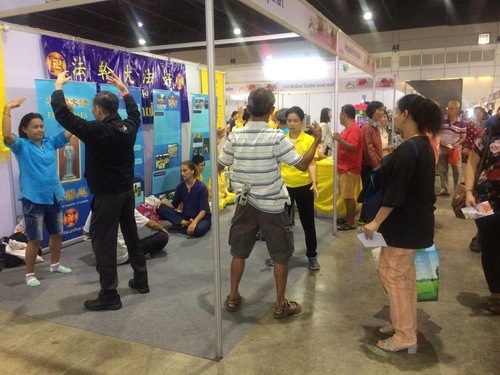 Many people expressed interest in Falun Dafa and learned the exercises at the booth. 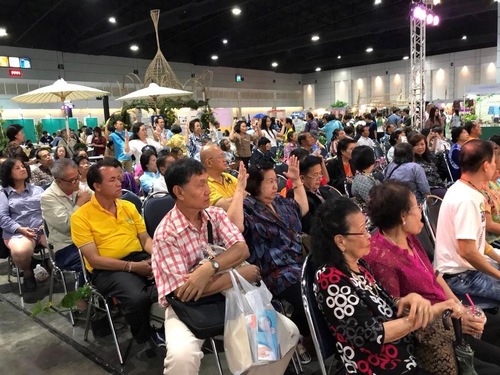 Some audience members follow along with the movements while watching the Falun Dafa demonstration on the event stage.

“Falun Dafa Taught Me the Key to a Beautiful Life: A Good Heart”