Argentina: Falun Dafa Practitioners Hold Activities in Four Cities to Raise Awareness of the 19 Years of Persecution in China

(Minghui.org) Falun Dafa practitioners in several major cities in Argentina held public activities to mark July 20, 1999, 19 years since the Chinese Communist Party (CCP) launched its campaign to eradicate Falun Dafa. As practitioners have done for the past 16 years, they also introduced people to the benefits of the practice.

Since 1999, practitioners in China have been arrested, detained, subjected to torture and brainwashing, and even killed for their organs which are harvested for transplant surgeries.

Practitioners in Buenos Aires gathered at the Chinese Embassy, displayed banners and posters, and demonstrated the Falun Dafa exercises in front of the Chinese Consulate. They also handed out flyers to passing motorists. It was a particularly rainy and cold day, but people nonetheless opened their windows and were happy to accept information from the practitioners. Many drivers gave the practitioners a high five to show their support. Others listened carefully as practitioners told them about the persecution in China, and many said that they would look up Falun Dafa on the Internet. Many people in Buenos Aires have learned about the persecution and the benefits of the practice, which is taught for free in local parks. 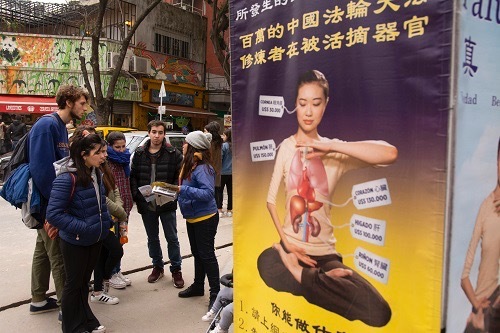 Practitioner talks about organ harvesting to a group of students in Buenos Aires' Chinatown. 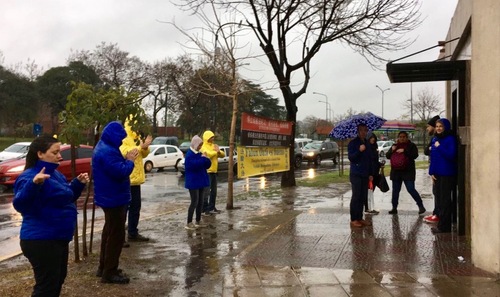 Demonstrating the Falun Dafa exercises in front of the Chinese Consulate in Buenos Aires. 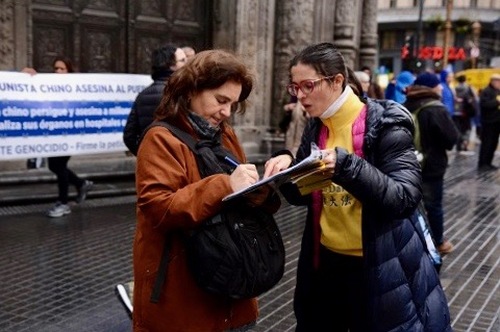 A passerby signs a petition against organ harvesting.

A cab driver said to a practitioner after learning about the organ harvesting from living practitioners for profit, “I will pray for you.” He was moved and saddened to learn about the atrocities taking place in China.

Practitioners held a parade through Buenos Aires' busiest pedestrian area, Florida Street, on July 20. The area is usually crowded with tourists and local residents. Likewise, the day was cold, rainy, and very windy. But practitioners were determined to carry out the activity, so they braved the weather and marched from San Martin Square to the State Council, making a few stops to speak to passersby.

Despite the bad weather, people stopped, listened to the practitioners explain the facts, and signed the petition. The petition is to be presented in December during the G20 summit held in Argentina, and in which China is a member. Practitioners have asked that their President raise the question of the state-sanctioned organ harvesting from living practitioners in China at the summit. Thousands of signatures have been collected to date.

Practitioners gathered at Palermo Woods on Sunday, a large public green space where people picnic, exercise, and spend weekends with their families. Practitioners did the exercises as a group, displayed banners and posters, talked to passersby, and handed out flyers. They then went to Chinatown where they again held a parade while broadcasting the facts of the persecution.

The event got people’s attention, and even Chinese locals asked about it. They talked about how the propaganda of the Communist Party has kept them in the dark about the truth of Falun Dafa. Many of them took a copy of the Nine Commentaries on the Communist Party as well as the local newsletter which contains uncensored news about China.

Hundreds of people signed the petition, including many young people, after receiving the flyer and listening to the explanation of organ harvesting.

There was a group of Hare Krishna followers at one of the corners in Chinatown. When the Falun Dafa parade reached that corner, while they were chanting their music, they stopped and applauded and cheered for the practitioners’ parade. They all took flyers to read. 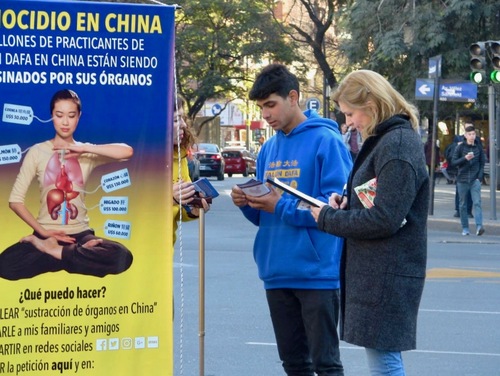 Practitioners in Cordoba's downtown raise awareness about the persecution in China. 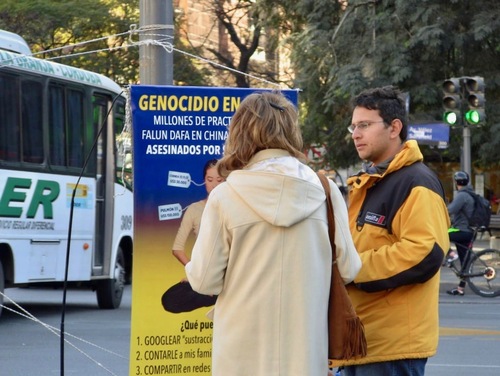 Talking about the persecution to a passerby. 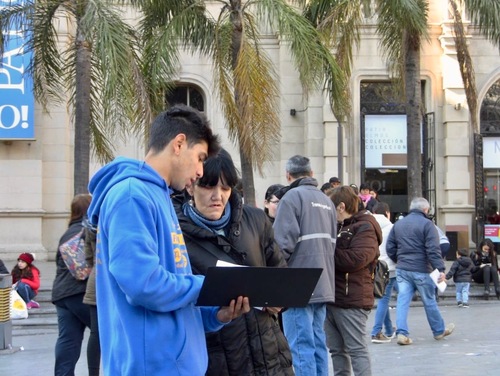 A woman signs the petition opposing the persecution. 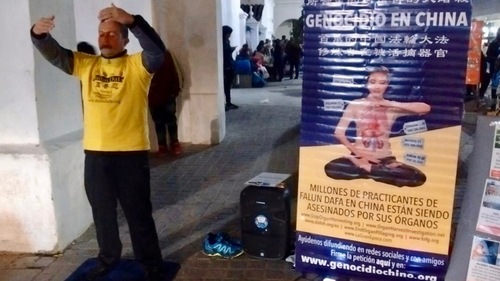 Demonstrating the exercises in Salta's main square next to a banner discussing the organ harvesting crimes carried out by the CCP. 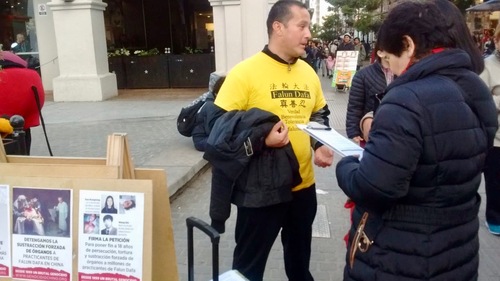 Explaining the facts to local residents in Salta 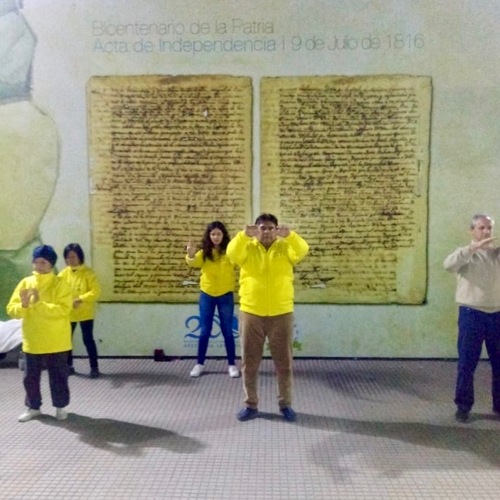 Practitioners demonstrate the exercises in front of Independence House, a historic landmark that draws hundreds of tourists from all over the country. 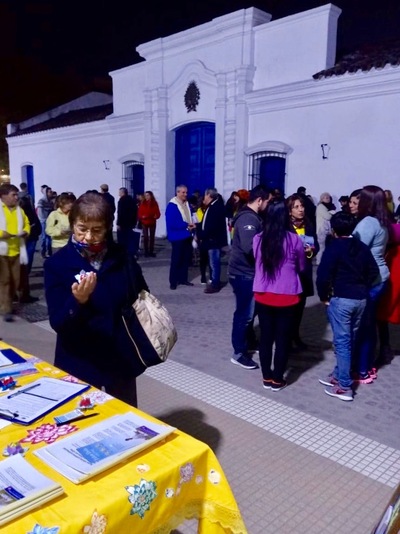 Flyers were handed out to local residents and tourists in downtown Tucuman.

“The Most Beautiful Thing in My Life”