(Minghui.org) Visitors to well-known tourist spots and local events all over the world often see Falun Gong practitioners demonstrating the exercises, passing out flyers, and collecting signatures. Many may wonder what their goals are. The answer given by the practitioners is simple: They want more people know about the benefits of this self-improvement cultivation practice, and at the same time, they want to raise awareness of the 19-year persecution of Falun Gong in China and call for help to bring it to an end. 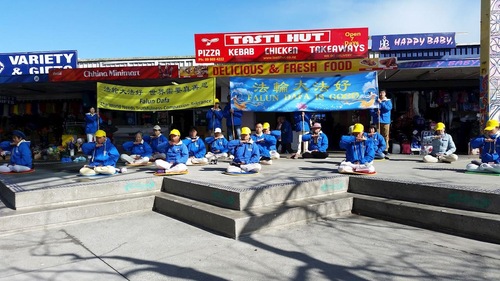 Demonstrating the exercises at the Polynesian Fair in Otara. 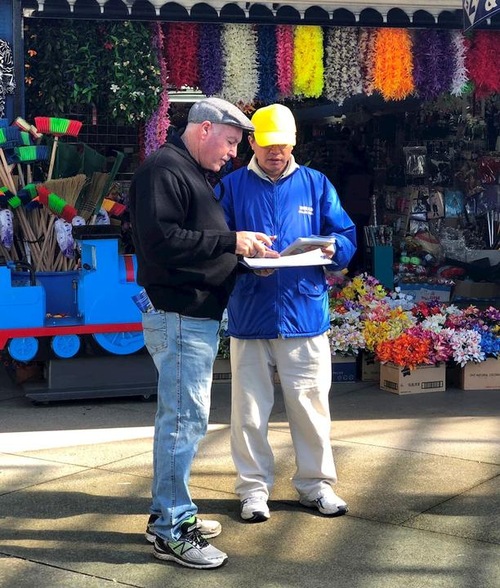 Talking to people about Falun Gong. 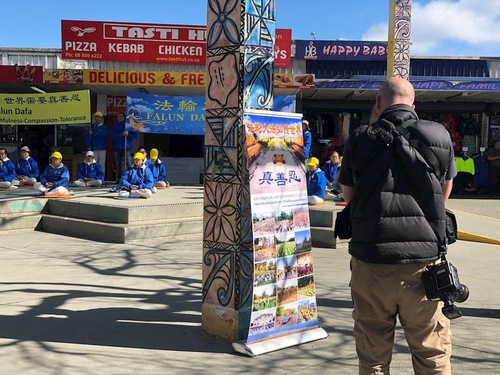 A photographer from Stuff, the largest news website in New Zealand, filming the practitioners' event.

Poto Turu, a local Maori, told practitioners that he knows Falun Gong well and likes it very much.

“I hope everybody will come learn it,” he said.

He also offered his help to find a room in the local parliament building for practitioners to hold a free workshop.

“I can help advertise the workshop and invite people to learn the exercises,” Poto Turu said. “Falun Gong will bring health and a better life to people.”

Kangaroo Point is one of the most famous tourist spots in Queensland. When busloads of Chinese tourists stop at Kangaroo Point, the first thing they see is Falun Gong practitioners' display boards explaining the truth about the practice and the persecution. This is information that is generally unavailable in China, due to the government's censorship and information blockade. 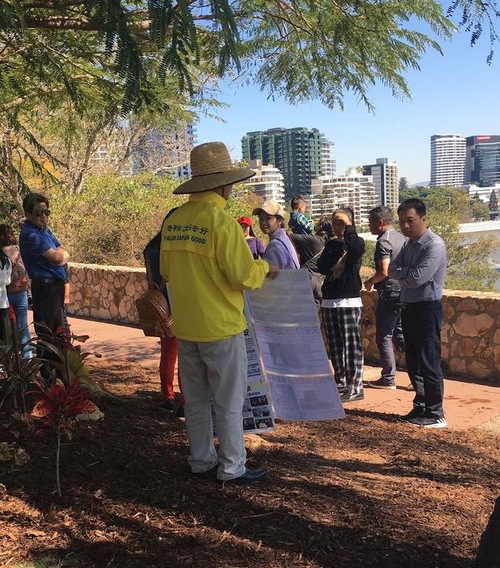 Many people from China have been surprised to find that the facts are the opposite of what they heard from the state-run media in China. They often thank practitioners for bringing the information to them, and express admiration for practitioners' peaceful resistance in the face of such a severe persecution.

“This is the power of faith” – a phrase often heard from Chinese tourists.

This summer, practitioners in France have come to the Eiffel Tower every day to introduce Falun Gong and expose the ongoing persecution in China. They also reach out to help Chinese visitors recognize the evil nature of the Chinese Communist Party, and help them quit the party. 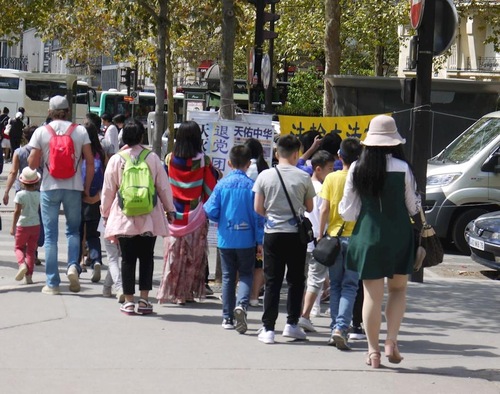 According to practitioner Ms. Jun, nowadays many Chinese know the truth well.

“More and more people have the courage to express their support for us now,” Ms. Jun said. “One day, a Chinese fellow stepped away of his tourist group, raised his arms and shouted 'Falun Dafa is good' three times. It was truly moving.”

She added, “Actually, every day there are Chinese people telling me that Falun Dafa is great.”

“Some Chinese thought that we are paid to be here,” she continued. “I then tell them that we are all volunteers. Many of us come here on our lunch hour.”

“I often tell them that we would not come here if it wasn't for the persecution. Too many people are deceived by the communist party's lies and have developed misunderstanding towards Falun Gong. It is our responsibility to clarify the truth.”

Ms. Jing, another practitioner, feels happy that many Chinese have agreed to quit the Party.

“Very few people like the party,” Ms. Jing said. “They tell me all kinds of stories about the party's corruption. It is pretty easy to convince them to quit the Party.”

A number of visitors were interested in learning the exercises. A local woman told practitioners that she has been looking for a qigong exercise to heal her illnesses. After a practitioner briefly told her about Falun Gong, she was excited and learned the exercises on the spot. 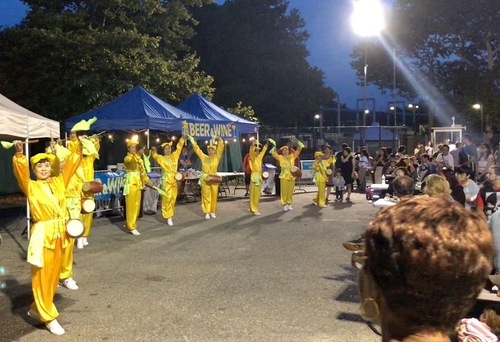 Performing on waist drums at the Queens International Night Market. 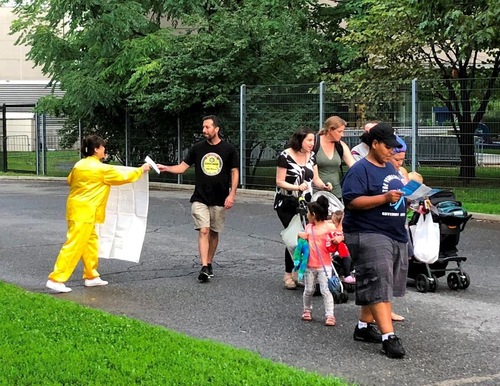 A family takes flyers from a practitioner. 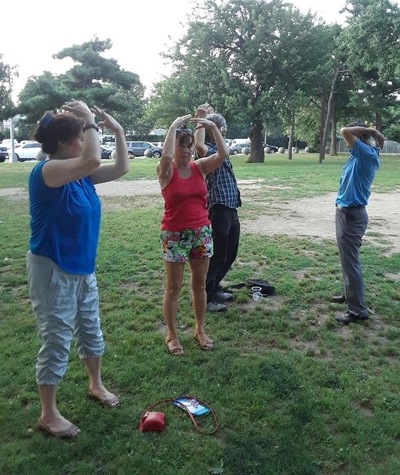 People learn the exercises at the night market.

“Paying Attention to What We Write”