(Minghui.org) This year's Royal St. John’s Regatta on August 1, 2018 marks the 200th anniversary of the event in the city of St. John’s, Canada. Aside from holding its annual rowing competitions on the Quidi Vidi Lake, the Regatta hosts hundreds of booths, including food, entertainment, social, and humanitarian groups.

A Falun Dafa booth offered visitors a chance to learn about this popular meditation practice and the persecution of the practice in China. 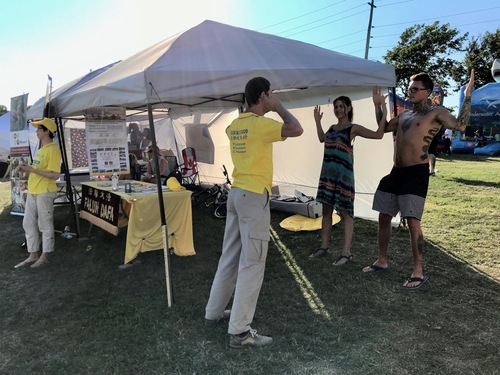 Around 50,000 people attend the Royal St. John’s Regatta each year.

Many people who stopped at the Falun Dafa booth expressed concern and support for the practitioners who are brutally persecuted by the communist regime in China. A woman named Allison said she felt that the forced organ harvesting happening in China was very evil. 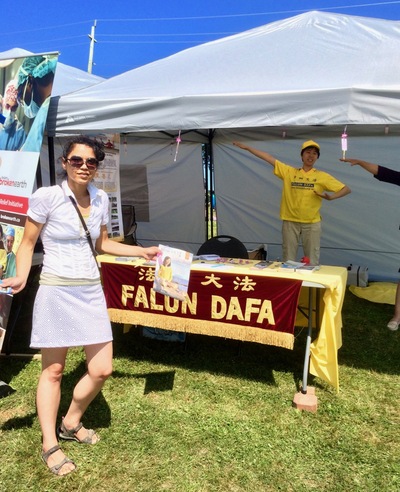 Allison said she was appalled by the brutality of the persecution of Falun Dafa in China.

Susan, a native of Newfoundland and Labrador Province, said, “We can practice freely without persecution [in Canada].” She also condemned China's organ harvesting crimes.

Matthew is a Newfoundlander who recently completed his undergraduate studies in business and administration in another Canadian province. He returned to visit his hometown and attended the Regatta. As a Christian, Matthew sees the value of having faith and standing up for religious freedom. He said, “We’re living in such a fast paced world that we don’t have time to be quiet and still. We don’t reflect enough within our own souls. No matter what we believe in, if people are being mistreated for practicing something, that’s not right. All people should be treated with dignity and respect. I appreciate that you guys are raising awareness.” 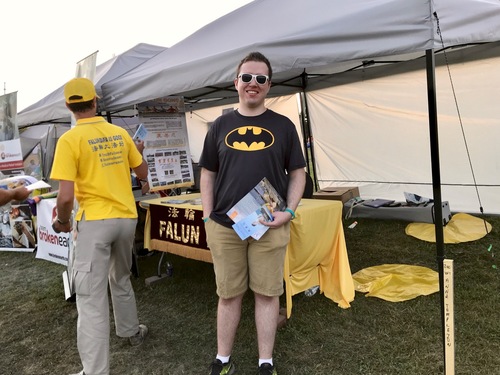 “Shandong Man Sentenced to Five Years for His Faith”