Vancouver, Canada: Rally and March Marks 19 Years of Persecution and Calls for Justice

(Minghui.org) Marking 19 years of the persecution of Falun Gong in China, a rally and march was held in Vancouver on July 14. At Robson Square, many passersby stopped for more information. 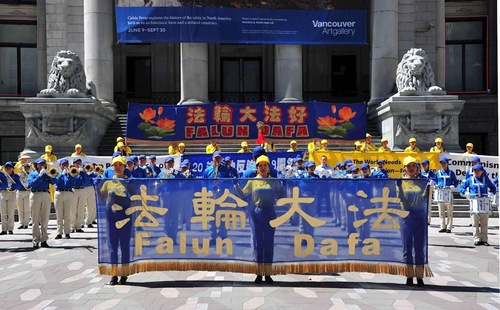 Falun Gong Rally at Robson Square in Vancouver on July 14, 2018. 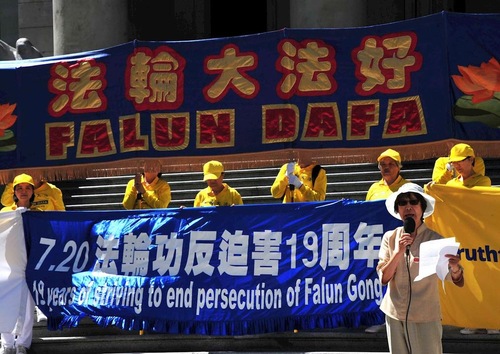 Zhang Su, representative the Falun Gong group in Vancouver, called for the release of detained Falun Gong practitioners in China.

Zhang Su, representative of the Falun Gong group in Vancouver, called on the Canadian government to help secure the release of Ms. Sun Qian, a Canadian citizen detained in China, as well as 12 family members of Canadian residents imprisoned in China. She said that, through hate-propaganda and trade deals, the communist party has attempted to block overseas governments, including as Canada, from taking more action to help Falun Gong.

Pointing to the progress of a grassroots movement in China in which 300 million people have withdrawn their memberships in communist party organizations, she said, “We hope the Canadian government will stand with us for what is right, and that together we will end this persecution.”

Embrace Traditional Values and Say No to CommunismJerry Wu, director of Epochtimes Media at Vancouver, said the suppression of Falun Gong and its principles of Truthfulness-Compassion-Forbearance contributed to the chaotic situation in China. “In the past 19 years, about 100 million practitioners, along with their family members, are negatively affected. This massive persecution imposed a severe financial burden, undermined the legal system, and brought down moral values. The entire nation and the society at large have become victims of the systematic suppression by the communist party,” he said.

The Ultimate Goal of Communism, a new book by the Epoch Times editorial team has revealed the vicious nature of communism, explained Wu. He said that it is a specter composed of hatred and other degenerate substances, with an ultimate goal of destroying mankind. “Only by cherishing traditional values can we disintegrate the communist specter and help China towards a better future,” he said.

“My Heart Is With You Always” 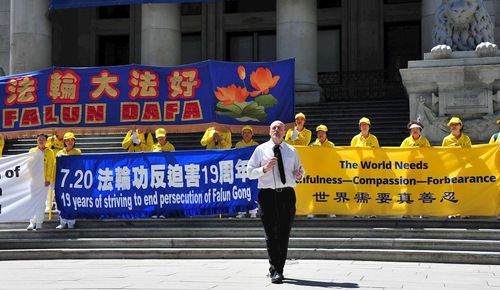 Dennis Watson, director of the Green Justice Party and a renowned blogger, spoke at the rally.

Dennis Watson, director of the Green Justice Party, is also a renowned blogger. He praised practitioners for their courage to face the suppression and expose the brutality. “My heart is with you always,” he said. 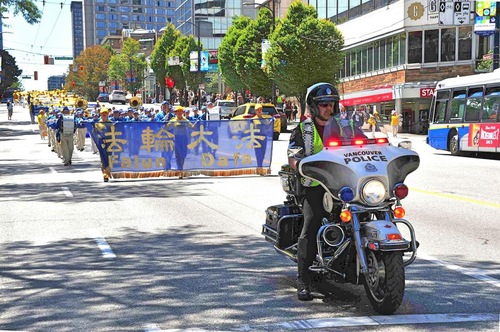 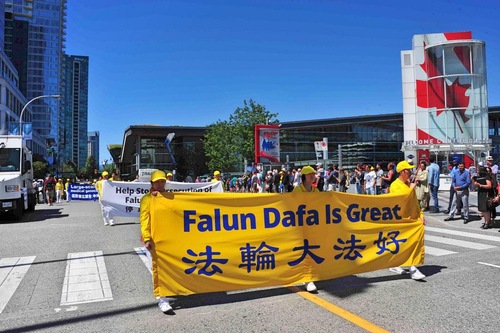 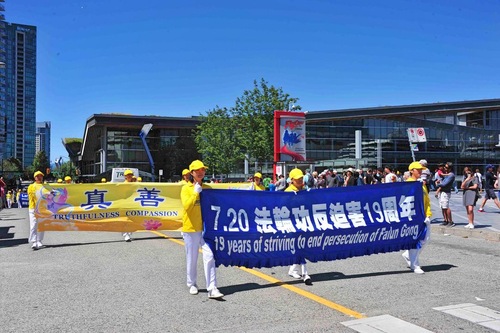 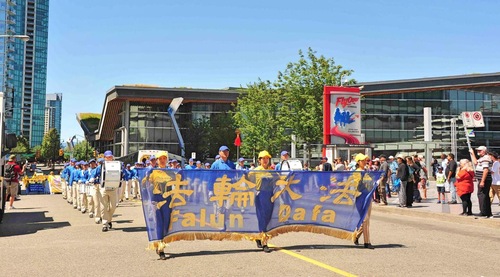 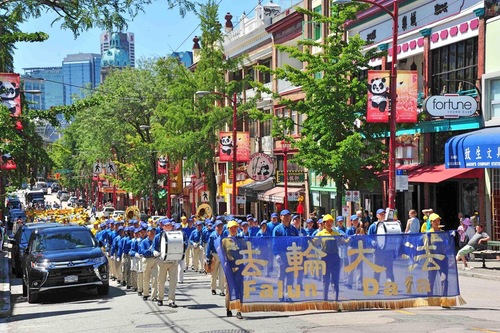 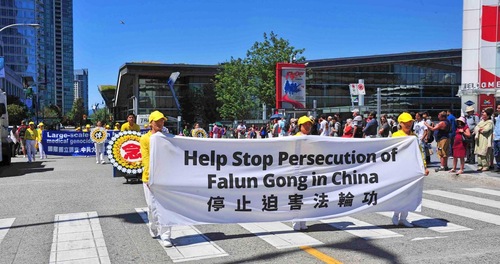 March by Falun Gong practitioners after the rally.

A march by Falun Gong practitioners followed the rally at noon. After going through shopping district and major touring site, the march lasted more than one hour and ended in Chinatown. 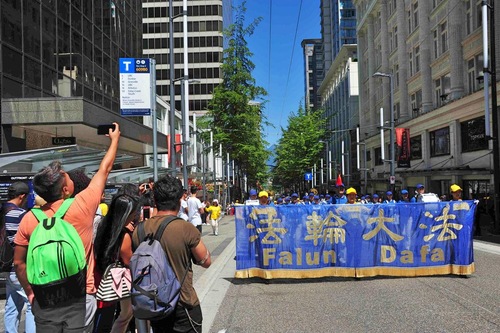 Many people took photos and accepted materials during the march.

Many pedestrians were interested and thanked practitioners for their efforts. Quite a few Chinese tourists took pictures and accepted materials. Some walked alongside practitioners in the march for several blocks. 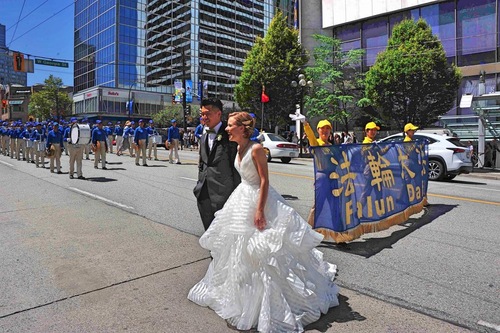