(Minghui.org) Ms. Zhao Zhisheng, 65, is a Falun Gong practitioner from Beijing. On March 5, 2018, prior this year’s National People's Congress and the National Committee of the Chinese People's Political Consultative Conference (the days leading up to and during political meetings such as these are considered “sensitive dates”), officers from the Chaoyang District Police Department and the Taiyanggong Police Station broke into Ms. Zhao's home. They ransacked her home and confiscated Falun Gong books and other personal belongings. 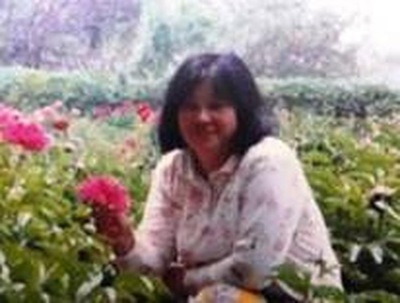 Ms. Zhao was arrested because she wrote letters about Falun Gong to several officials. She has now been detained at the Chaoyang Detention Center for more than 50 days.

Persecuted for Over 17 Years

Ms. Zhao Zhisheng has been detained and/or held in a forced labor camp and prison several times since the Chinese Communist Party (CCP) started to persecute Falun Gong in 1999. She has also suffered financial persecution and is considered a “no-five” person—that is, one with no house, no car, no savings, no social security, and no credit card.
For holding a Falun Gong banner at Tiananmen Square in May 2000, Ms. Zhao was arrested and detained in the Chaoyang Detention Center for one month.

Ms. Zhao was forced to retire in 2000. However, during politically “sensitive dates,” she would be monitored by people from her work unit. These people would put a sofa near her building's elevator and monitor her around the clock.

Later, Ms. Zhao was arrested in May 2001 for distributing Falun Gong truth-clarifying materials.

She was sentenced to 18 months of forced labor in August 2001 and taken to the Daxing Women's Forced Labor Camp where she was beaten, deprived of sleep, and subjected to other torture methods.

After Ms. Zhao had been in the forced labor camp for 14 months, she was sentenced to a 3-year prison term. She was transferred directly from the labor camp to Beijing Women's Prison.

There she suffered torture including being deprived of sleep for more than one week. The inmates also tied her up with a belt in the full lotus position for a whole night. She was unable to stand up when they released her the next morning.

As another form of torment, guards and inmates stripped her of her clothes during winter.

At other times, the inmates stretched out her legs and pressed her head and upper body down to the floor, causing extreme leg and back pain. She limped for a long time afterwards, but the inmates accused her of faking her injury.

When her suffering was exposed on the Minghui website, Ms. Zhao was interrogated about how the torture was exposed online. As she refused to provide details, she was detained in a small room for days, and forced to sleep on the floor. Then she was transferred from the No. 10 Ward to the No. 4 Ward.

While in the forced labor camp, Ms. Zhao's retirement pension was stopped by the resident office in 2002. Her family was told that it would be reinstated into the social security fund after she was released.

She went to the resident office to inquire about her retirement after she was released in July 2005. Ms. Zhao was first told to ask her work unit for her pension, and then it was refused one month later. They claimed that she had not reached the 10-year work requirement. She reminded them, however, that she had indeed worked for over 10 years by November 2003.

To this day, Ms. Zhao has not relented in her cultivation practice, instead sticking closely to the tenets of Falun Gong. And it’s for her determination in Falun Gong that that CCP works so viciously to persecute her. Yet, still after 20 years, Ms. Zhao has remained unshaken in her diligence to practice Truthfulness-Benevolence-Forbearance.