(Minghui.org) Today's news from China includes incidents of persecution that took place in 6 cities or counties in 4 provinces. According to this report, 2 Falun Gong practitioners were subjected to mistreatment during their detention, and at least 4 were illegally arrested. 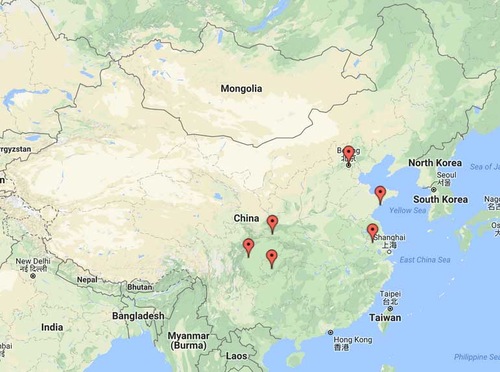 Mr. Su Junru's home in the Yongchuan District was ransacked on the morning of April 25, 2018. His Falun Dafa books, cell phone, computer, and printed materials were confiscated.

Ms. Gu Hewen from Gaozi Town was arrested by officers from the Gaozi Police Station in the Dantu District on the evening of April 28, 2018. Her home was ransacked.

Ms. Gu is being held in the Zhenjiang City Detention Center.

Ms. Fan Shuwen from the Yulong No. 5 Residential Community in the Shunyi District was arrested by officers from the Guangming Police Station on April 24, 2018. She is being held in the Nihe Detention Center.

Ms. Cheng Cuizhi from the Shibei District was arrested by Ruichanglu Police Station officers on April 28, 2018. She was taken to the Pudong Detention Center.

Ms. Zhao Xiulan from Mian County was arrested by officers from the Chengdong Police Station on May 3, 2018. She was released several hours later.

Ms. Chen Shuangqun was tried at the Jintang County Court on April 27, 2018. She was sentenced to three years in prison.

“Protecting Our Next Generation”