(Minghui.org) May 13 marks the 19th World Falun Day and is also the 67th birthday of Mr. Li Hongzhi, the founder of Falun Dafa. Nearly 1,000 practitioners in New York came to Governor’s Island to form the Chinese characters “Falun Dafa is good” to celebrate this special occasion. 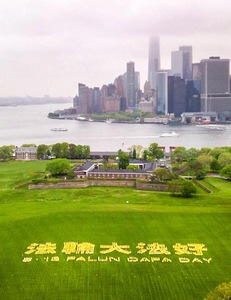 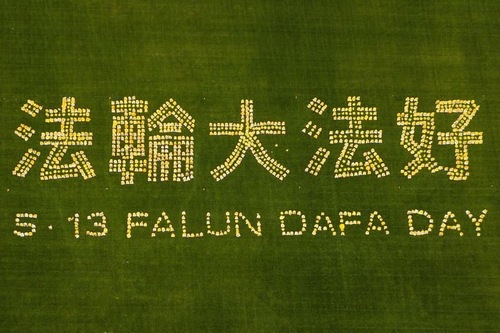 Character formation by Falun Dafa practitioners at Governor’s Island on May 13, 2018.

These practitioners range from kindergartners to those in their 80s. Some have practiced over 20 years, while some have only recently joined the practice. Qiu Tian, who recently graduated from Syracuse University with a degree in bio-engineering, stated, “Back in 2014, my mother was sick and her friend brought a copy of Zhuan Falun. I saw it and immediately knew that it was something that I had been waiting for,” explained Qiu, “Ever since childhood, I had a thought that there is something that I am looking for and, once I obtain it, everything around me would be wonderful.” He said he stopped playing video games and later let go of many attachments, such as jealousy and his overly competitive nature.

Li Xiaohua, a freshman at Pennsylvania State University, talked about her experience. “After being diagnosed with congenital amblyopia at eight, I began to learn Falun Dafa following my mother. Later on, my vision improved significantly and doctors said it was a miracle.” 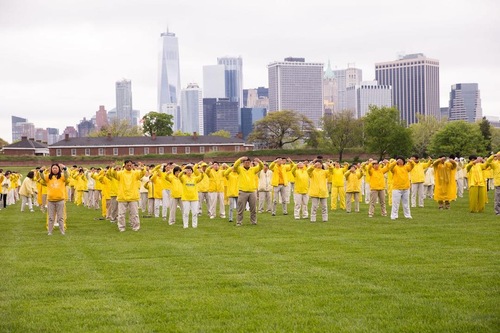 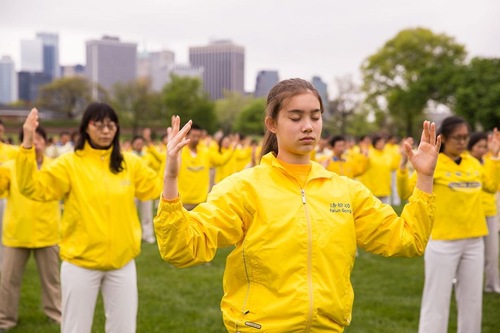 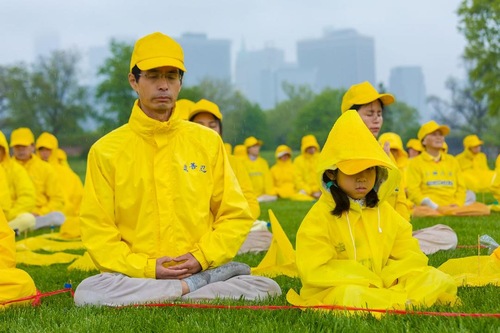 Practitioners at the character formation

In addition to physical benefits, Xiaohua said that she was impressed by the uplifting of her mind nature. “Reading Zhuan Falun brought me peace and happiness because I became calmer and more rational. It is the best thing for me and I always look forward to group Fa-study,” she added.

Liu Bidan, who just graduated from the State University of New York at Buffalo, agrees. “Many of my friends and peers are puzzled by life and drifted along, with many bad habits. I am fortunate to follow the principles of Truthfulness-Compassion-Forbearance, which has helped me to become more compassionate and considerate.”

She said that in addition to celebrating World Falun Dafa Day and Mr. Li's birthday, the character formation also helps society. “Falun Dafa promotes the principles of Truthfulness-Compassion-Forbearance. By recognizing and agreeing with these principles, people will be blessed,” said Yi.

“Improving Myself and Being More Diligent”