Sweden: Raising Awareness of the Persecution of Falun Gong in China on International Human Rights Day

(Minghui.org) Falun Gong practitioners held activities in downtown Stockholm to commemorate the 70th anniversary of Human Rights Day and raise awareness of the crimes of forced organ harvesting in China.

Article 2 of the Universal Declaration states: “Everyone is entitled to all the rights and freedoms set forth in this Declaration, without distinction of any kind, such as race, color, sex, language, religion, political or other opinion, national or social origin, property, birth or other status.

“Furthermore, no distinction shall be made on the basis of the political, jurisdictional or international status of the country or territory to which a person belongs, whether this territory be an independent, Trust or Non-Self-Governing territory, or under any other limitation of sovereignty.”

Nevertheless, the Chinese Communist Party has persecuted Falun Gong practitioners since 1999 because of their belief. 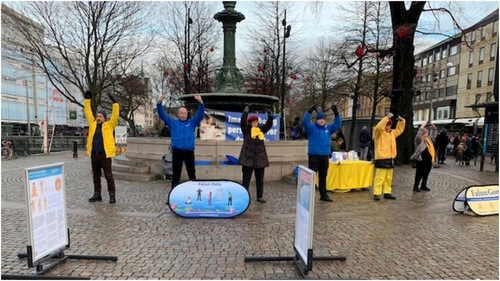 Tourists frequently asked practitioners two questions, “Why does the communist party want to torture and kill those who practice Falun Gong?” and “What is Falun Gong?”

Most of the tourists were young people from Spain, Egypt, Nigeria, South Africa, Iraq, and Iran, and some of them talked to practitioners for nearly an hour.

Many passersby expressed their support for Falun Gong, saying things like: “I want to practice Falun Gong, too. The world needs Truthfulness-Compassion-Forbearance.” “I support what you are doing to seek justice.” “You are doing nothing wrong. Why does the communist party fear you so much?” 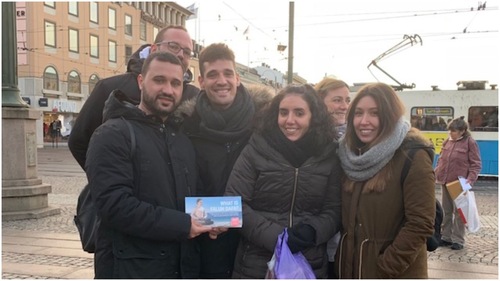 Tourists from Spain hold up a Falun Gong flier to show their support. 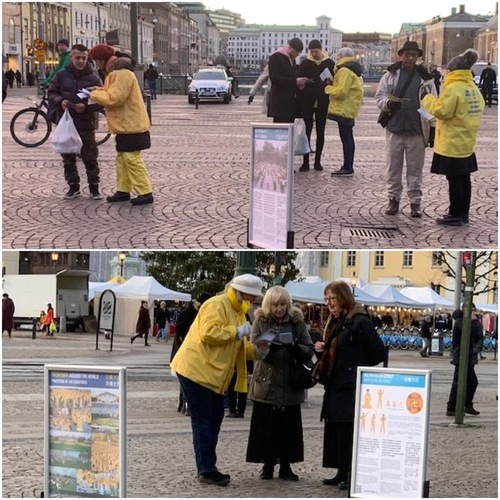 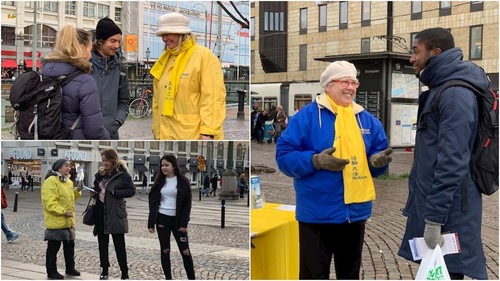 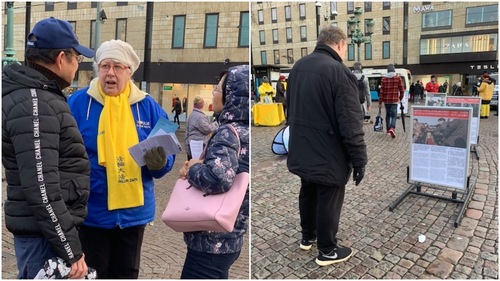 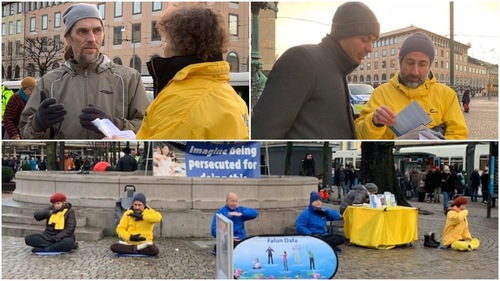 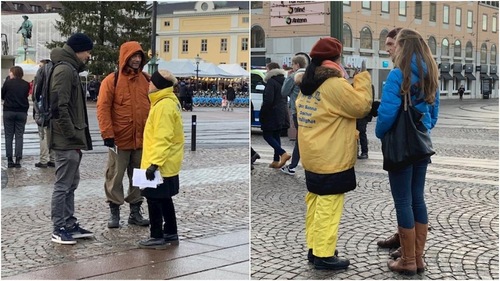 A Swedish woman told a practitioner that she had been looking for a meditation practice for years.

“The world is going downhill. I want to help people, but don't know what to do. I had planned to go downtown today, but for whatever reason, I ended up here and saw your activities,” she said.

After the practitioner told her about Falun Gong, the woman was very happy to take the address and contact information for a practice site, so she could learn the exercises.

“This is just what I have been looking for,” she said. “After so many years I have finally found it. Truthfulness-Compassion-Forbearance will guide me in how to help others. I want to practice Falun Gong.”

“Paris: Telling People about the Persecution of Falun Gong in China on International Human Rights Day”