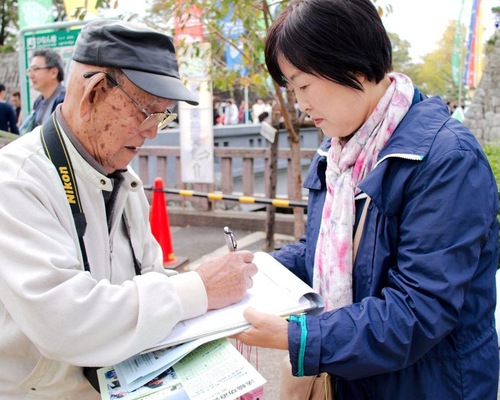 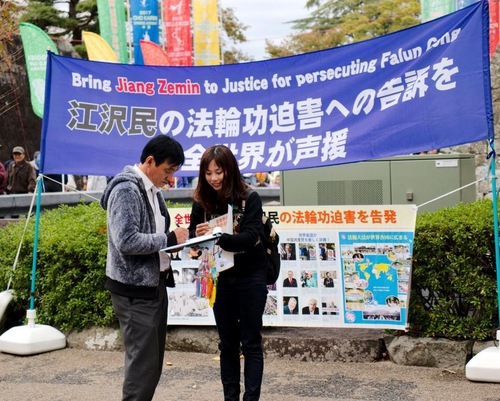 Many Japanese people respect the culture of spiritual cultivation and were saddened and outraged to hear about the CCP's brutal crimes against the peaceful group, in particular the harvesting of organs from living Falun Gong practitioners.

A Japanese woman told a practitioner, “I've seen many reports about it. I know organ harvesting is really happening in China. We absolutely shouldn't allow it to continue!” She had also become interested in learning Falun Gong and took some contact information with her.

A Japanese man signed the petition and asked where he could find Falun Dafa books. A practitioner showed him on his phone where the books are available for free download on the Falun Dafa website, www.falundafa.org.

A family of four from India signed the petition and then asked a practitioner to teach them all how to do the exercises.