The parade is the biggest Thanksgiving celebration in the Chicago area with over 5,000 participants. While broadcast live on television, an estimated 400,000 spectators attended the parade. 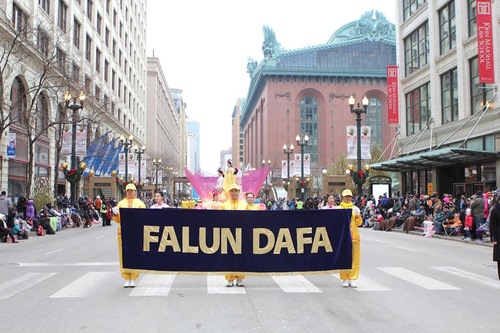 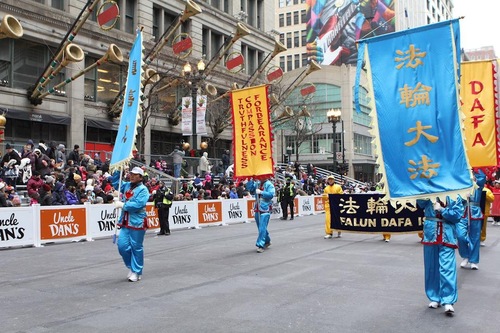 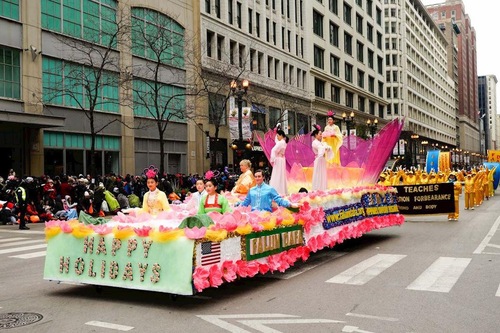 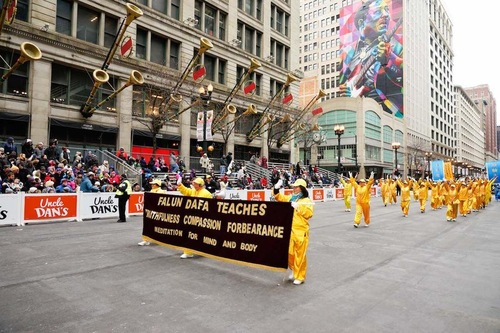 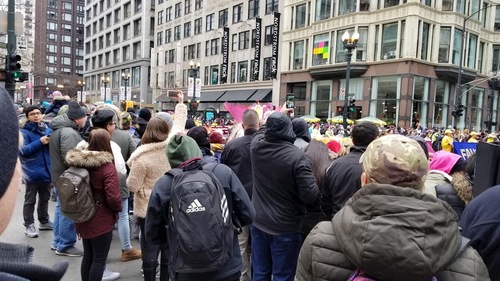 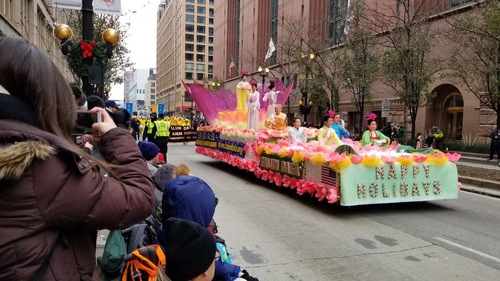 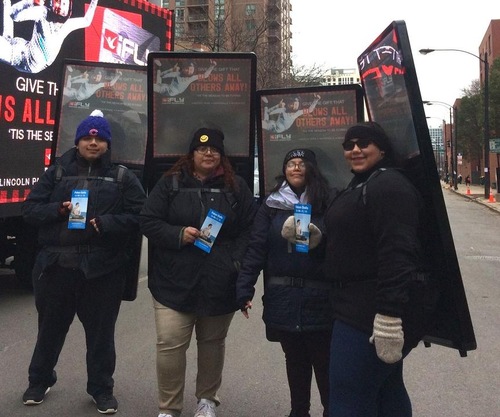 Marina (second from left) and her friends

Marina and her friends participated in the parade with another group and took an interest in Falun Dafa when they saw the float. They were glad to get flyers about the practice. 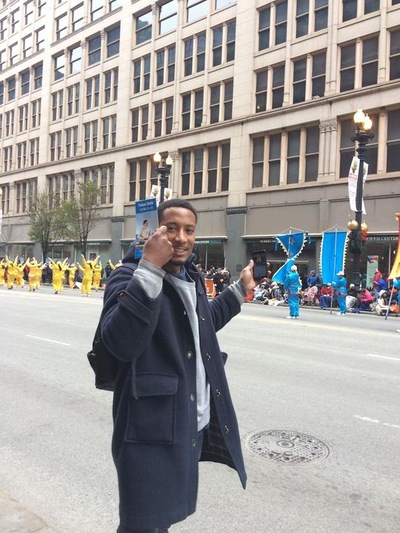 Brandon Carter said he was impressed by the Falun Dafa entry.

“Amazing! Amazing! Amazing!” exclaimed Brandon Carter, who took video of the Falun Dafa procession. He said that the float was gorgeous and the exercise demonstration was beautiful. 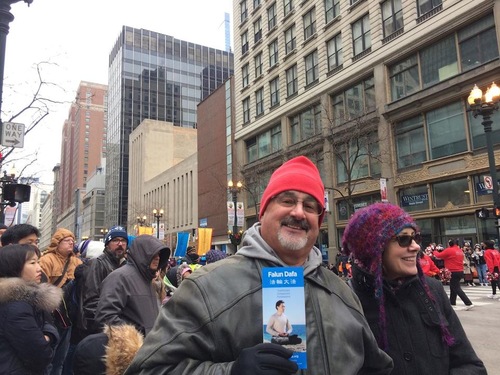 Tom and his wife happily accept a Falun Dafa flyer 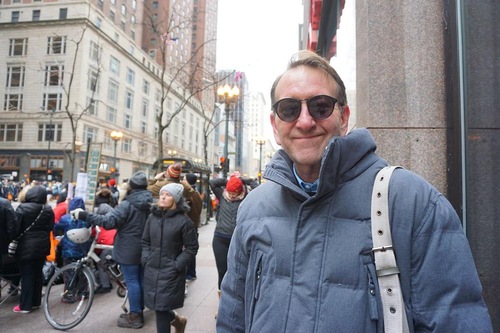 Al Lewand was impressed by the Falun Dafa float

Al Lewand was impressed by the ten-foot high float decorated with colorful lotus flowers, “Their float is so elaborate. It's the best one so far.”

Fiona and Siqi are students at Northwestern University. They have practiced Falun Dafa with their parents since they were young children in China. As Falun Dafa has been brutally persecuted in China since 1999, being able to freely practice and even perform in a major parade makes them feel especially fortunate.

Fiona said, “One spectator read our banner's words 'Truthfulness-Compassion-Forbearance.' He gave thumbs-up and said, 'This is true!'” I was touched.

Siqi said, “On our way back to the parking lot after the parade, some passersby shouted out, 'Your performance was wonderful!' They asked to take a photo with us.”