(Minghui.org) Falun Gong practitioners in Toronto participated in the 50th Kitchener-Waterloo Oktoberfest Thanksgiving Day Parade on October 8, 2018. As the only ethnic Chinese group among the 115 parade participating groups, Falun Gong practitioners' Tian Guo Marching Band brought the message of Falun Gong to 150,000 spectators on the streets along with countless viewers of CTV's live broadcast. 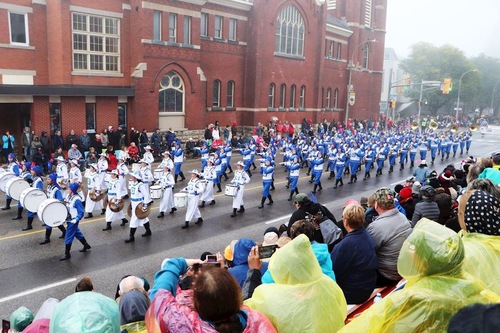 Chinese Spectator: “Thank You! We Wish You Peace!”

Ms. Liu, who came from Wuhan, China two months ago, cheered for the Tian Guo Marching Band. She grabbed the hands of a Falun Gong practitioner who walked along the parade and said, “I'm Chinese and I'm so proud of you! I'm touched and your parade is marvelous! My daughter, my son-in-law and I all like it so much!”

She added with tears in her eyes, “I knew when I was in China that Falun Gong practitioners are nice people. I have always been supporting them. Truthfulness-Compassion-Forbearance is good no matter where you go, but their situation in China is miserable!”

The practitioner asked her if she would like to quit the Communist Party organizations. She replied without hesitation, “Yes, help me quit them. We must have had the fate to meet today!” The practitioner reminded her to remember Truthfulness-Compassion-Forbearance is good and Falun Dafa is good. Ms. Liu shook hands with the practitioner again and said, “I will, thank you! I wish you peace and great health!” 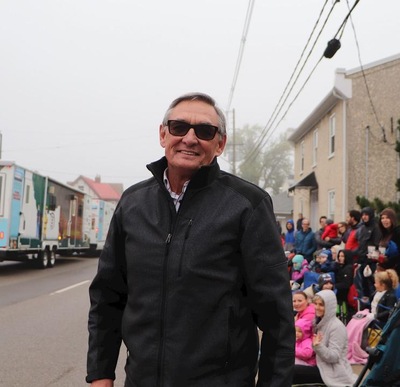 A spectator named Jim praised the Tian Guo Marching Band: “The notes from their instruments are composed well into such pleasant music! Their spirit is aspiring and comforting. It's helpful to any community. I'm touched by their devotion.

“I know they are persecuted in China. No persecution should be tolerated.” Jim said with tears in his eyes, “We are all humans and have human rights. They are such a great group of people. They bring happiness and joy to others. There is no reason to persecute them. It should definitely stop!” 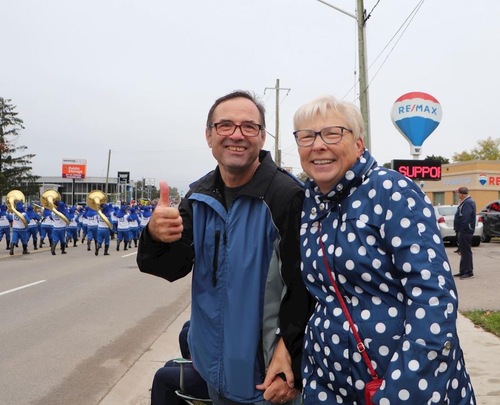 Renate and her husband praise the Tian Guo Marching Band.

German immigrant Renate gave the Tian Guo Marching Band a thumbs-up, “You are great! I'm excited by the music. You are so aspiring!” On hearing about the persecution in China, she said, “Canada welcomes them!” Her husband also gave them a thumbs-up and said, “They are remarkable! I support them!” 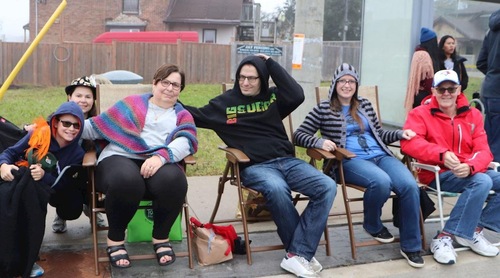 Linda (third from left) and her family enjoy the performance by the Tian Guo Marching Band.

Linda, another spectator, said when she heard about the persecution in China, “They belong to Canada! We like them!” 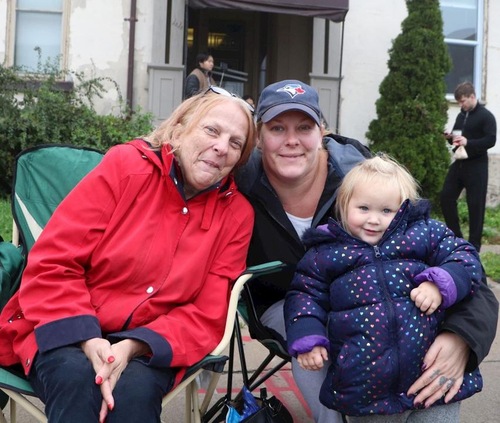 I Support Them One Hundred Percent!

Rose watched and recorded the band practice before the parade. She said, “I know that Falun Dafa is persecuted in China, because I have seen the documentary Letter from Masanjia. I support you one hundred percent! Your band performance is beautiful! It touched my heart.” 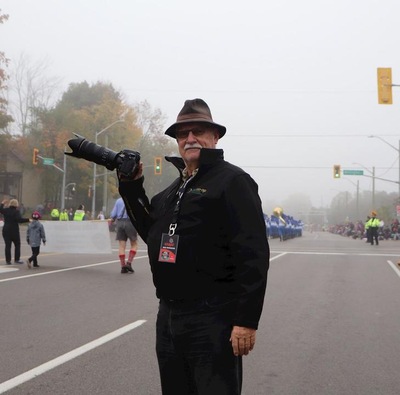 Photographer Al took many pictures of the Tian Guo Marching Band and said the band was very impressive and everyone should support their work to end the persecution.

“My Actions and Behavior Helped Others Understand the Truth”