(Minghui.org) Ms. Li Yuqiong, 51, from Suining City in Sichuan Province was arrested at the train station in July 2017. She was tried on December 22, 2017, sentenced to one year in prison, and fined 2,000 yuan. She will appeal her case.

Ms. Li and her son were at Chengdu Train Station on July 28, 2017, when security guards searched through her backpack and found Falun Gong pendants. She was arrested, photographed and had her blood forcibly drawn before being taken to the Chengdu East Station Police Station.

Ms. Li was interrogated at the police station. She did not give the police any information they were after but used the opportunity to tell them the facts about Falun Gong instead.

The police ransacked Ms. Li's home later that day and confiscated a photo of the founder of Falun Gong (Master Li Hongzhi). They took her to the Chengdu Police Station in the evening.

Ms. Li's family was instructed to go to the police station and sign the warrant for the administrative arrest, but they refused. The police then transferred her to the Chengdu Detention Center and later to the Pixian Detention Center. She was tried and sentenced to prison on December 22, 2017.

Ms. Li was arrested for the first time in January 2000 when she went to Beijing with other practitioners to appeal for the right to practice Falun Gong. They were arrested at the Mianyang Train Station. Ms. Li and another practitioner were beaten by the police and held in a water dungeon for five days. They were extorted for 5,000 yuan before being released. 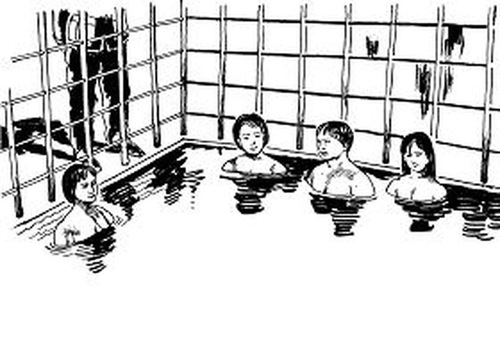 She was arrested for the second time in June 2001. The newly appointed Political and Justice director of the Lanjiang Township went to Ms. Li's home and arrested both her and her 11-year-old son.

Police officers from the Lanjiang Town Police Station and the Domestic Security Division attempted to break into Ms. Li's home on July 17, 2004. They were forced to leave after Ms. Li's neighbors gathered in front of her home and chastised the officers.

Ms. Li was arrested for the third time in 2010. She was taken to the Benmen Brainwashing Center in Suining City where she was tortured in an attempt to force her to renounce her belief.