(Minghui.org) In a follow-up investigation into the death of Mr. Lu Yuanfeng, we examine the circumstances of his imprisonment at Benxi Prison in Liaoning Province and look at the prison and provincial policies responsible not only for Mr. Lu's death, but for the deaths and injury of many other Falun Gong practitioners also persecuted there.

Mr. Lu Yuanfeng of Shenyang City died 21 days after serving three years for distributing materials exposing the Chinese communist regime’s persecution of Falun Gong, a spiritual discipline based on the principles of Truthfulness-Compassion-Forbearance. 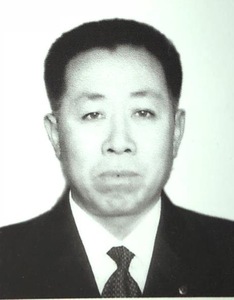 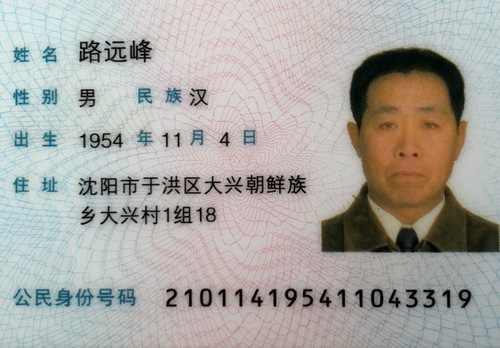 Mr. Lu’s family was only allowed to see him twice during the three years of his imprisonment. He told his loved ones that guards at Benxi Prison beat him, shocked him with electric batons, and forced him to squat for long periods of time.

He had a stroke two months before his scheduled release, but the prison refused to render him proper medical attention or grant family visits or medical parole. His family noted that he had slurred speech and couldn’t walk well when he was released on November 19, 2017.

Mr. Lu suddenly fell into a coma on December 9 and died hours later despite attempts to resuscitate him. He was 63.

The author of this report did some investigation after Mr. Lu’s death. We found that Mr. Lu once wrote a complaint against a guard who shocked him with electric batons for more than 45 minutes. We also interviewed multiple witnesses and insiders, who corroborated Mr. Lu’s personal account and provided additional information on his ordeal in prison.

Through our investigation, we also noted that Mr. Lu is not the only Falun Gong practitioner who lost his life to atrocities at Benxi Prison.

More troubling is the fact that Benxi Prison is one of many prisons in Liaoning Province that have been using various forms of torture on imprisoned Falun Gong practitioners in an attempt to “transform” them, or force them to renounce their faith. The provincial-level Political and Legal Affairs Committee, a non-judicial agency tasked with eradicating Falun Gong, has a longstanding policy to award prisons 20,000 yuan for every practitioner they successfully “transform” and fine them 10,000 yuan for every practitioner they fail to transform.

Mr. Lu managed to write a complaint against guard Jia Changhai, who once shocked him for more than 45 minutes until he succumbed and said he would renounce Falun Gong. 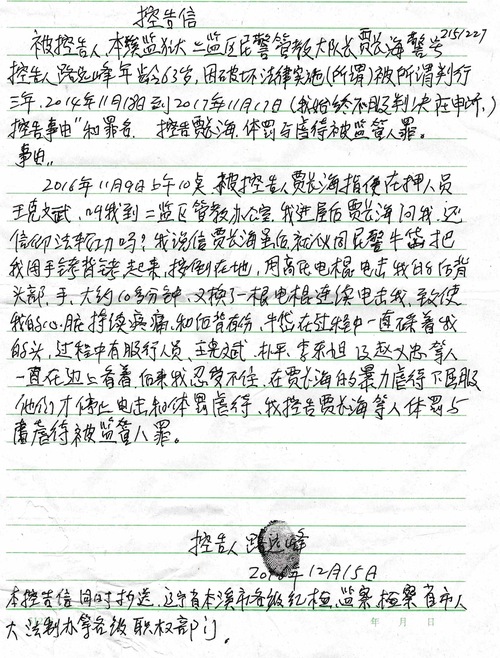 Jia asked Mr. Lu if he still believed in Falun Gong. He said yes, and Jia and guard Niu Jian immediately cuffed his hands behind his back. Inmates Piao Ping, Zhao Yizhong, and Chen Yanqing held Mr. Lu down, while Niu stepped on his head. Jia and guard Zou Bowen cursed and kicked him.

Jia next shocked Mr. Lu’s back, chest, head and hands for more than ten minutes until the battery ran out. He fetched another baton and continued the torture.

Mr. Lu experienced sharp chest pain, and his screams were heard by many people.

Jia didn’t stop. Mr. Lu could no longer endure by the time the battery wore down on the third baton. He finally agreed to renounce Falun Gong before Jia stopped the torture. Niu never lifted his foot from Mr. Lu’s head during the entire 45-minute ordeal.

Mr. Lu was brought back to his cell, where Jia ordered inmates Zhao Yizhong and Chen Yanqing to tape him to a chair (see illustration below) next to an open window. This torture continued for the next two days. 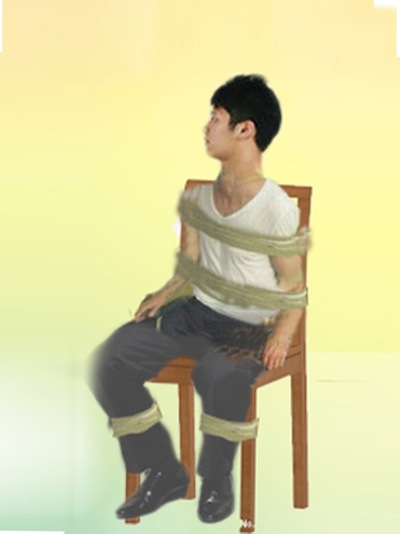 Torture Illustration: Taped to a Chair

Jia had intended to send Mr. Lu to solitary confinement on the fourth day, but prison doctors found that he had dangerously high blood pressure and recommended immediate hospitalization.

Mr. Lu was still not feeling well after 10 days of hospitalization, but Jia brought him back to prison and ordered him to do hard labor starting the next day. That night, Jia sprained his ankle and went on a sick leave. Guard Zuo Liwei took over.

Mr. Lu refused to do hard labor and went on a hunger strike. Zuo ordered inmates in every cell to keep cursing the founder of Falun Gong until Mr. Lu began eating again.

Mr. Lu had a stroke and took a fall on August 26, 2017, breaking his legs. The prison sent him to an outside hospital for an x-ray but took him back without seeking any further medical treatment. They didn’t inform his family until two weeks later.

Mr. Lu's wife and son asked to see him in prison but were denied visits. Guard Jia told them that the prison was not responsible for Mr. Lu’s fall and that the family should pay for his medical expenses.

During the last two months of Mr. Lu’s imprisonment, Jia ordered inmates to wheel Mr. Lu to the prison workshop every day to do hard labor.

One of Many Victims

Lu Yuanfeng is not the only Falun Gong practitioner tortured to death or severely injured in Benxi Prison.

Mr. Cheng Yuanlong was sent home on August 20, 2007, when the guards saw he was on the verge of death. He died six months later at the age of 38.

Mr. Zhan Dajun became extremely weak and disoriented after long-term torture at Benxi Prison. He died of a stroke not long after he was released in August 2008. He was 53.

Mr. Sun Zhanguo was slammed to the ground on October 15, 2016, and showered with punches and kicks. Guard Jia then shocked him with electric batons for about 30 minutes.

Mr. Hu Guojian became vegetative in just 22 days of his admission to Benxi Prison. After brain surgery and still in a coma, he was taken back to prison to finish his term.

Mr. Zhou Lin had his arms and legs taped to a chair for three days straight. He was not allowed to move or doze off. A group of inmates took turns feeding him and catching his waste with a bucket. They also forced him to watch propaganda videos slandering Falun Gong.

Mr. Liu Defu was beaten so badly that he needed 21 stitches on his head. He had high blood pressure but was still forced to do hard labor.

The list goes on. We wondered why Benxi Prison treats imprisoned Falun Gong practitioners so brutally. The answer lies in a province-wide incentive system described below.

Benxi is one of more than 30 prisons in Liaoning Province that are used to imprison Falun Gong practitioners.

According to available statistics, 469 Liaoning residents have been persecuted to death in the past 18 years for refusing to renounce Falun Gong. Many of them were imprisoned and tortured before their deaths.

According to our investigation, the Liaoning Province Political and Legal Affairs Committee (PLAC) designed an incentive system for every level of the PLAC, judicial bureau, and prison administration bureau. The system is dubbed a “special task project” and requires earmarked funds from every city’s general tax revenues. The funds are used to reward prisons for “transforming” practitioners. Those who fail to force practitioners to renounce Falun Gong will be punished.

Toward the end of each year, every prison is required to tally how many practitioners they have “transformed” during the year. As such, prisons often launch an intensive round of abuse at the end of every year in hopes of forcing more practitioners to give up their belief.

Benxi Prison has been very active in carrying out the special task project. The city of Benxi reported 14 billion yuan of general tax revenue in 2014, but that figure dropped to 5.4 billion yuan in 2015. Even so, the municipal government still appropriates funds to reward Benxi Prison for “transforming” Falun Gong practitioners.

Liaoning has the lowest GDP among all provinces in China, yet it remains at or near the top of the list for the number of Falun Gong practitioners arrested and tortured every year.

We urge Liaoning officials at every level to stop the persecution of Falun Gong and to release imprisoned practitioners.

Liaoning Man Dies Three Weeks after Being Released from Prison

“I Started Cultivating Dafa While Working in China’s Prison System”

“Liaoning Woman Dies Days after Being Released on Medical Parole”