Raising Awareness Worldwide: “Everyone Should Do Something [about the Persecution]”

(Minghui.org) The holiday season is one of the busiest times of the year for Falun Gong practitioners all over the world who volunteer to raise awareness about the practice and the persecution in China at tourist sites and city centers.

This report covers recent events in Sweden, Japan, and Taiwan.

On the first weekend of 2018, Falun Gong practitioners held an event in downtown Gothenburg, demonstrating the exercises, passing out materials, and collecting signatures on a petition to condemn the persecution. 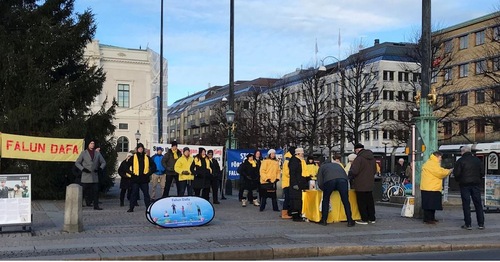 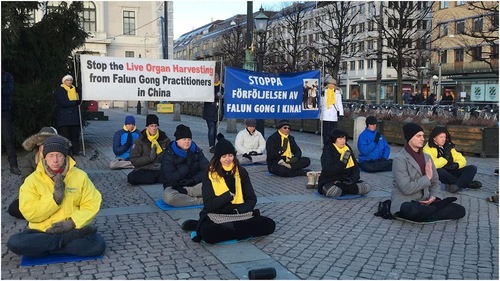 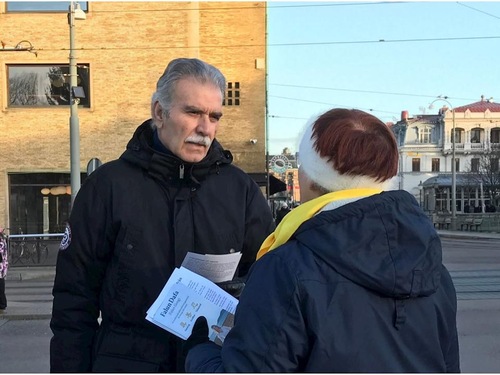 Telling people about Falun Gong and the persecution 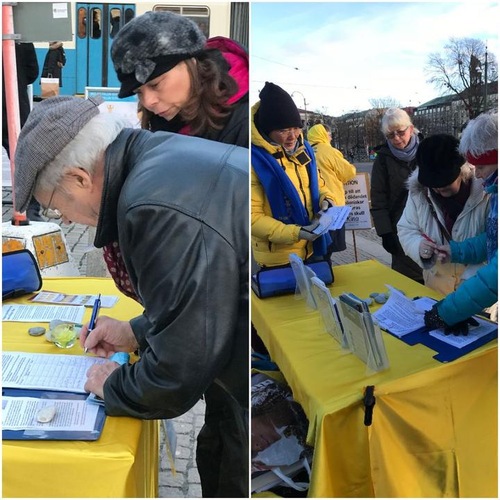 Many people stopped at the Falun Gong activity to learn more. Some of them were interested in the exercises and learned the movements from the practitioners, while others were appalled by the brutality of the persecution and signed the petition.

One gentleman said to practitioners after signing the petition, “I support Falun Gong. I believe in God and that justice will prevail.”

Many Japanese go to temples on the first three days of the new year to worship and pray for blessings. During this time, Falun Gong practitioners in Tokyo collected signatures condemning the communist regime's crime of forced organ harvesting from imprisoned practitioners in China. 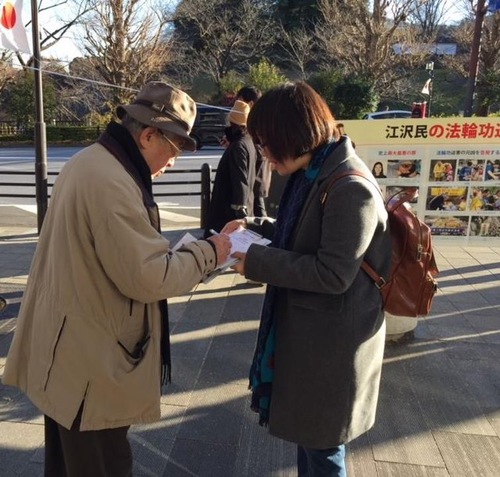 In three days, more than 1200 people signed the petition. Many of them could not believe that forced organ harvesting could still be taking place in the 21st century.

A Western tourist said to practitioners, “Forced organ harvesting is evil. There is no freedom of belief or speech in China.”

He was pleased to hear that Falun Gong practitioners have filed lawsuits against Jiang Zemin, the former Chinese communist leader who is personally responsible for launching and directing the persecution.

“Everyone should do something. We should let more people know about the crimes of the Communist Party and put more pressure on them [the communist regime],” he said.

Recently, Taiwanese practitioners were happy to see that many tour guides at the Sun Yat-sen Memorial Hall have a good understanding of Falun Gong and have begun helping the practitioners to talk to the Chinese tourists. 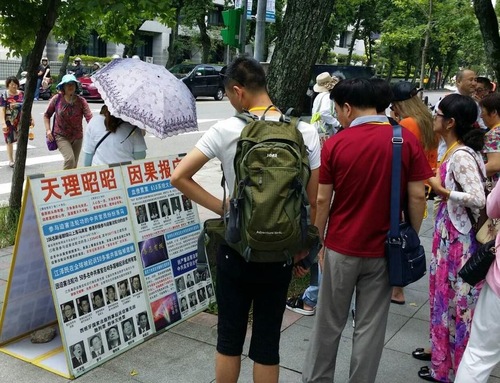 Tour guides often tell visitors from mainland China that Falun Gong practitioners are not getting paid to hand out materials, as the Chinese regime claims.

“They are all volunteers, and they even use their own money to make their posters and brochures,” one guide told her clients. “Also, have you noticed how they all seem to have so much energy? They are outstanding.”

Another guide said to his Chinese guests, “I admire Falun Gong practitioners' spirit. They have the courage to tell the truth in the face of the persecution in China.” He also encouraged his guests to quit the Communist Party.

“Falun Gong is great. Keep up the good work!” he said to practitioners before leaving.

Several Chinese ladies once refused to take any leaflets or talk to practitioners. One member of the tour group, however, went over to the practitioners and said, “I know about Falun Gong. You are very peaceful. The Communist Party has tried to brainwash the public. It has also destroyed morality in China. Many people nowadays cannot tell good from bad. Many people are afraid, so they don't dare to support what is right. It is so sad.”

This man was not the only one. Many Chinese tourists have said to practitioners that they knew about the persecution and encouraged practitioners to continue their efforts.

“Falun Gong is the hope of China. You are truly great,” one tourist said.

“Former Government Official in Henan to Face Indictment for His Faith”