(Minghui.org) The daytime hours during the Nordic winter are short, as darkness falls after 4:00 p.m. Inside a community center at Copenhagen, Denmark, a group people gathered at 5:00 p.m. for meditation. The group was comprised of people from various backgrounds and of different ages, but they all found the Falun Dafa self-improvement system relaxing and energizing.

Introduced to the public in China 26 years ago, Falun Dafa has now attracted practitioners in more than 100 countries, including Denmark, Finland, Norway, and Sweden.

“This Is What I was Looking For”

Kate, a middle-aged woman, first heard about Falun Dafa more than ten years ago when she read a report based on information provided by the Chinese government. The report was filled with negative comments about the practice. Upon looking into the practice further, Kate found that it was actually very good. So she decided she wanted to learn it someday.

One day in summer 2017, she saw a notice at a local library about free exercise instruction for Falun Dafa. “This is what I was looking for,” she thought excitedly.

The five exercises were easy to learn and the physical improvements she experienced were significant. In the past, she had heart disease and blurry vision. She took medication prescribed by doctors, but there was no cure. About three weeks into the practice, however, both illnesses disappeared. “My heart disease has recovered and my vision has returned to normal,” she said, “My doctors were surprised and I am very happy.”

In addition to the exercises, Kate also gradually learned the importance of reading the book Zhuan Falun and other Dafa books. From the books she learned about karmic relationships, improvement of mind nature, and much more. She said, “Falun Dafa has become an important part of my life.”

After Kate told her friends about her experiences, four of them also took up the practice. 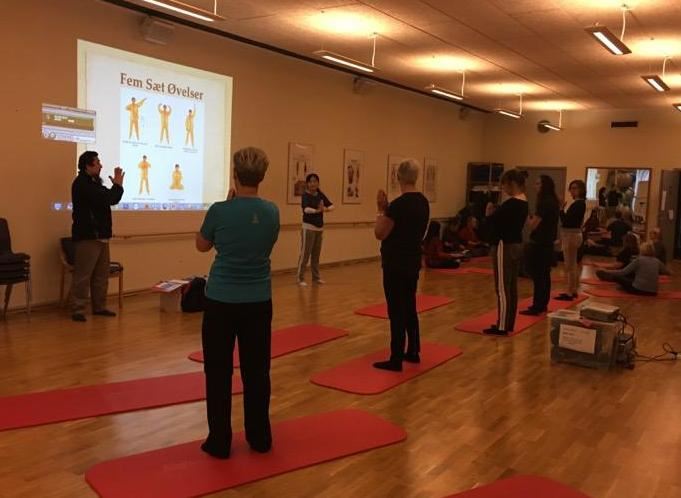 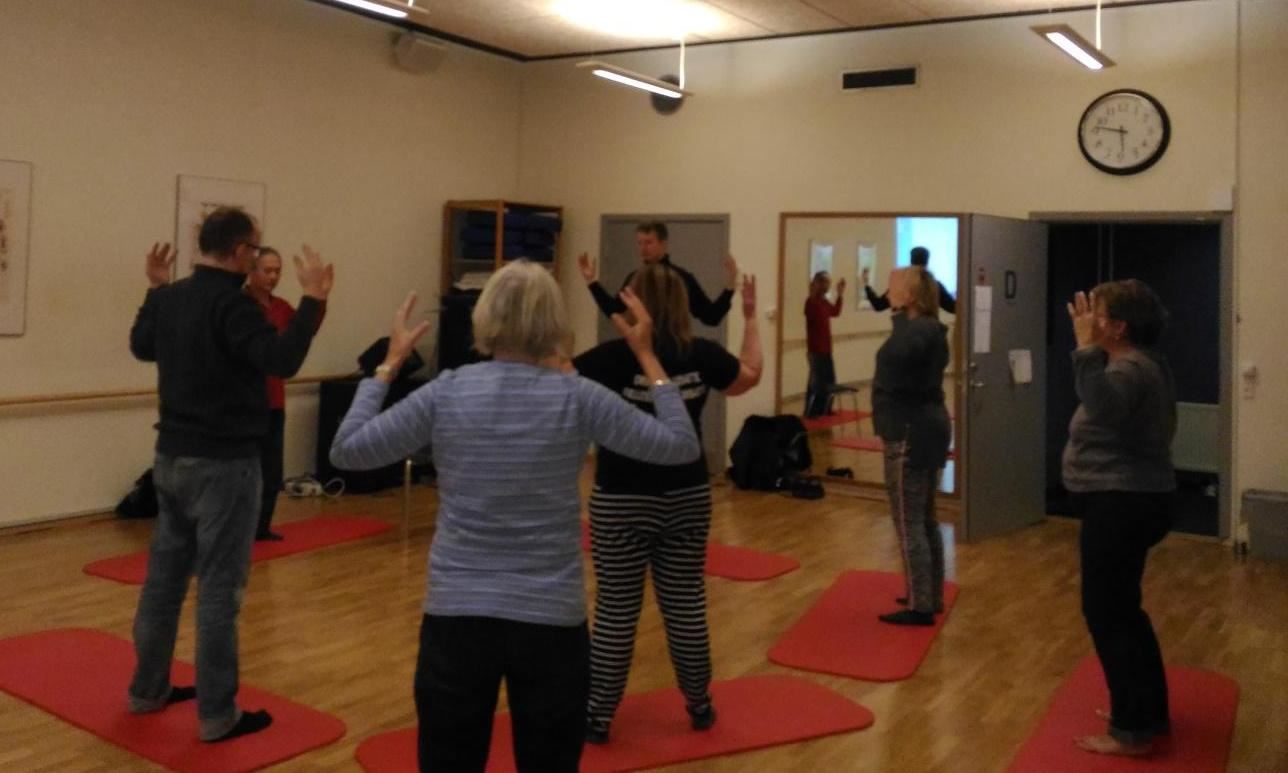 People learn the Falun Dafa exercises at a community center in Copenhagen, Denmark.

Peter, who is in his 30s, has been interested in meditation for many years. As soon as he heard about the practice site and free exercise instruction, he signed up and came to learn. He often needs to travel overseas for work and lives far away from the practice site, which is about two hours away. But neither stopped him from attending as regularly as possible.

He learned the exercises quickly and could soon do the first four as well as 30 minutes of the sitting meditation in the full lotus position. After doing the exercises, Peter shared his understandings and ask questions. Upon finishing listening to Master's 9-day audio lecture, he began reading Zhuan Falun.

He remarked, “Now I know that Falun Dafa is not just about physical health. It is actually cultivation practice.”

“Falun Dafa Is My Choice”

Hanna, Susanne, and several of their friends were previously interested in Tai Chi and Chinese qigong systems. After hearing about the practice site at the community center, they all decided to join it.

Things were not smooth at first, as some of them had schedule conflicts and some were ill. This went on for a while, but in the end they were able to overcome the difficulties and attend regularly.

Even when beginning to learn the exercises for the first time, Hanna said they could feel strong energy, “This is different from anything we have learned in the past.” After learning the five sets of exercises, she began reading Master's lectures on the Falun Dafa website. Soon afterward she understood that Master Li was teaching true cultivation practice. “I used to practice Tai Chi,” Hanna commented, “Now Falun Dafa is my choice.”

All of them like Falun Dafa very much and read the books on a regular basis. Susanne said she likes to stay with other practitioners.

Rene and Carita are two friends who both like music. After seeing Falun Dafa at a health expo, they tried two sets of the exercises and liked them. They were happy to hear about free exercise instruction at the community center last November, and drive an hour to attend the sessions.

They both learned the five sets of exercises during the first session. At the second session, both were surprised by the strong energy field. The physical changes were also significant. Carita's lower back pain was reduced and the dryness in her eyes also improved. Rene experienced similar improvements.

Vivi and Hanne, both in their sixties, said they could feel the rotation of Falun when doing the exercises for the first time. Vivi had to rest every several minutes at first but was later able to do the second exercise set for over 20 minutes and the sitting meditation for 30 minutes. Vivi said, “These exercises are very good. We would like to continue.”

During the past five months, a total of about 150 people joined the weekly practice. Some are company employees, others are college students, artists, and retirees. Many have begun reading the books Falun Gong and Zhuan Falun, and some have begun sharing the practice with families and friends.

The community center, owned by the city government, is a facility used for cultural, educational, and healthcare purposes. During discussions, these practitioners talked about the ongoing suppression in China, and some have contacted the city government about Falun Dafa.

“66 Falun Gong Cases Returned in Second Half of 2017, Resulting in Release of 22 Practitioners”