Falun Dafa in Brazil: Group Practice Sites in Many Cities

(Minghui.org) Falun Dafa (also known as Falun Gong) is enjoyed around the world for its marvelous effects improving people’s health and helping them to become better people. Brazil offers a good example of how Falun Dafa has spread mostly by word of mouth, with more and more people taking up the practice, and places to learn popping up all over the country.

A practitioner named Alberto set up a practice site on a small square in a residential area of São Paulo. The square is a popular spot for locals to gather. Many have seen Alberto and others practice Falun Dafa here. Over the course of the last eight years, the group has helped quite a number of other people learn the exercises. 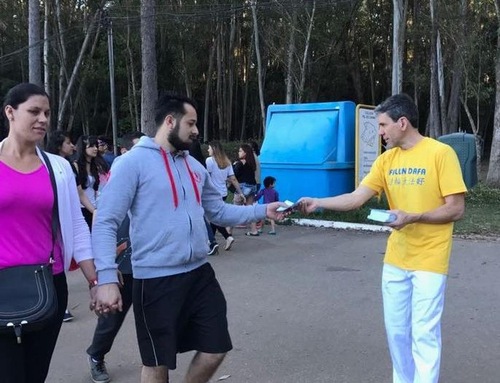 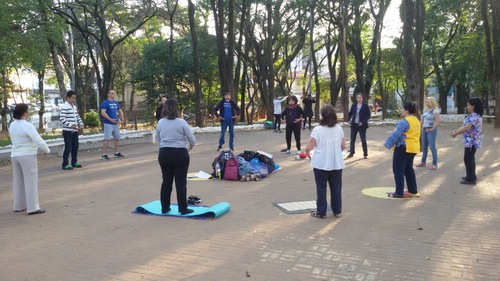 “To keep running this site, “Alberto says, “I need to be resolute and determined as a Falun Dafa practitioner.” There have been various instances of interference. Sometimes, for example, groups of people party in the park, smoking, drinking, and playing loud music. With determination, persistence, and righteous thoughts, however, the practice site has become more stable and less prone to interference.

Raising Awareness in Front of Museum of Art in São Paulo

Gilberto and Sueli are a couple and both practice Falun Dafa. They have a small business with over ten employees. They treat the employees as their family members.

There is a street called May 25 in São Paulo. There are a lot of Chinese shops there and as in most other Chinatown areas around the world, the Chinese communist regime’s propaganda is everywhere. People here are the same, and many local Chinese thus have fallen victim to Party propaganda demonizing Falun Gong. To raise awareness about the persecution of Falun Gong in China, Gilberto goes to Chinatown every Saturday to deliver the Minghui Weekly in Chinese. 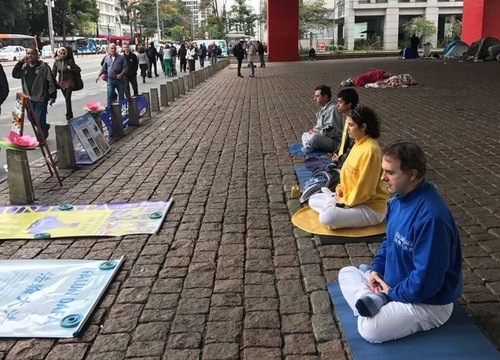 The Museum of Art in São Paulo (MASP) is located on Paulista Avenue in a busy financial district. Many people pass by there every day. Gilberto and other practitioners go there every month to raise awareness by setting up poster boards with Falun Dafa information, banners and flyers, and demonstrating the exercises.

Some local practitioners initially learned about Falun Dafa here, and many others have learned about the persecution in China here.

Two Chinese Falun Dafa practitioners from New York visited Liberdade, an Asian neighborhood in São Paulo, to help set up a practice site in July 2017. They offered free teaching, distributed information materials, and raised awareness for the benefit of thousands. 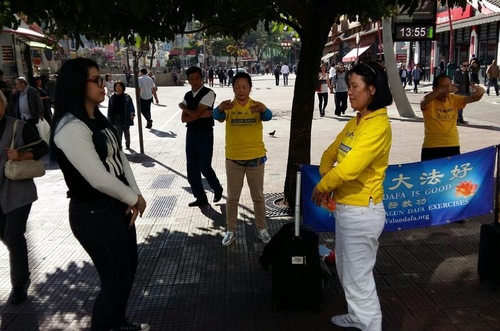 Mr. Wu attends this practice site and has practiced Falun Dafa for over two years. He feels pity for Chinese people who have been misled by the Chinese Communist Party (CCP) and wants to help them learn the truth about Falun Gong and the persecution.

He goes to local Chinese shops to distribute materials about Falun Dafa. The merchants there have come to know him. A young man in his 20s walked over to talk to him one day when he was delivering the Minghui Weekly. The young man asked, “I read every issue of your newspaper. I want to renounce my Party membership. Can you help me?”

Introducing Falun Dafa in a Park 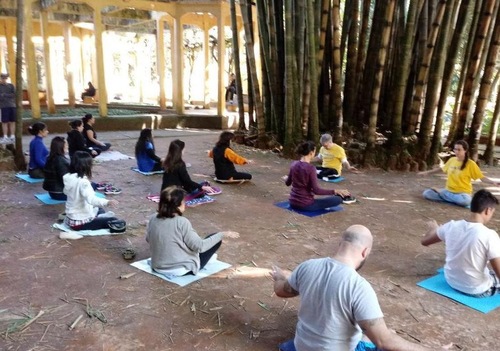 Group practice in a park on Sundays 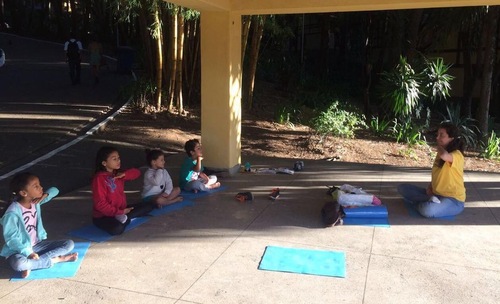 Children learn how to meditate. 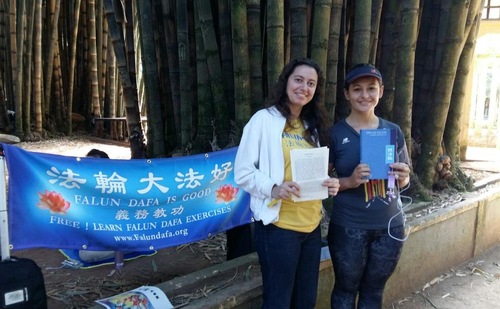 Ticiane (left) introduces a newcomer to the book Zhuan Falun.

Ticiane is a doctor. She is clearly very happy when asked to talk about practicing Falun Dafa. She said, “It is wonderful when I read Zhuan Falun and practice the exercises. It is like entering a pure and harmonious realm.”

She learned earlier on in life that even with an advanced academic degree, a husband with a high income, and a beautiful house, she found that life lacked fulfillment. Since she took up the practice of Falun Dafa, that has changed.

Ticiane set up a group practice site in a park near her home and posts group practice information on Facebook. People have since come to join the group practice, one after the other. She said, “Falun Dafa brings so many great benefits. I want to introduce it to more people.” 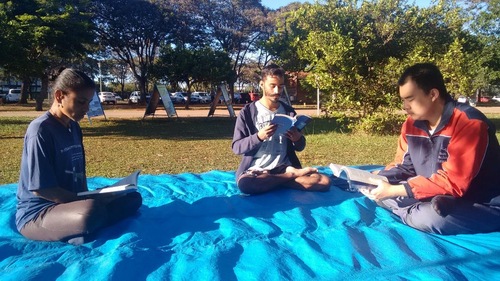 Matheus is a government employee and has practiced Falun Dafa for nearly four years. “After I began practicing Falun Dafa, I became much healthier. I used to catch a cold and get tired easily. Not anymore! My view of the world has changed completely.”

He was keen on a motorcycle club before practicing Falun Dafa. He went there every weekend. Club members liked to show off their bikes, and they tended to drink and party a lot. Matheus liked to go, even though he felt it was having a negative effect on his life and health.

After practicing Falun Dafa for a few months, he no longer felt the need to keep up the lifestyle he recognized wasn’t healthy for him. He ended up getting married and starting a new life.

The city of Curitiba is the capital of Brazil’s southern state of Paraná. The city of Palmeira is 50 miles away from the capital and has 198 years of history. Most of the residents are descendants of German, Italian, Polish and Russian immigrants. 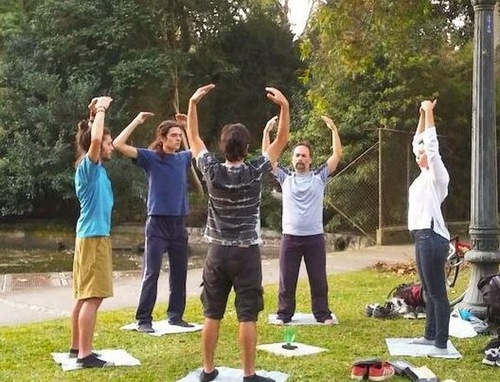 Falun Gong in a downtown park in Curitiba

Local practitioners set up group practice site here in May 2017. They take the opportunity to help more people learn about the practice and to understand the basics about the persecution in China. 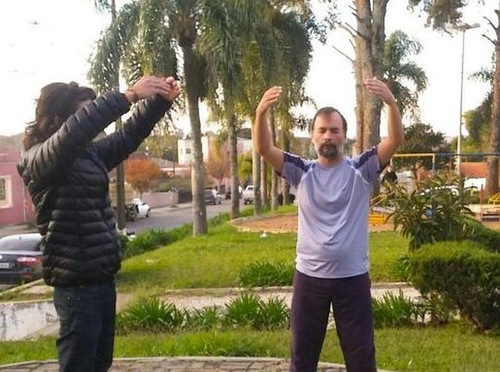 Practicing Falun Gong on a downtown square in Palmeira

“New Practitioner Enlightens to the Meaning of Compassion”