A Young Practitioner Matures after Taking on More Responsibility

(Minghui.org) Gan Jing is a young practitioner. Although she's in her 20s she has practiced Falun Dafa for 18 years and has many experiences to share. 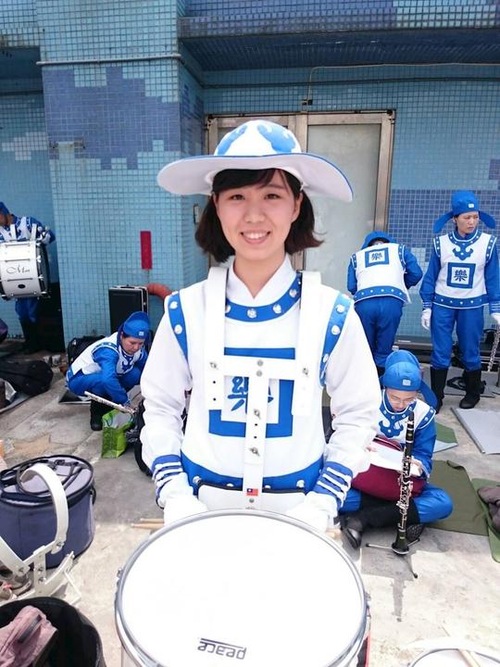 Jing was born into a happy family in Tainan City. Her father started practicing Falun Dafa in 1999. Because Jing's dad thought the practice was so wonderful, he recommended Falun Dafa to his family.

In elementary school at the time, Jing began to practice Falun Dafa with her grandma and her parents in 2000.

As a child she found the teachings of Falun Dafa very easy to understand. She thought it was as simple as following the principles of Truthfulness-Compassion-Forbearance, putting others' interest ahead of hers, and being honest and kind.

She was a good student with above average grades; only mathematics was a challenge for her.

By the time she was in sixth grade, she had practiced Falun Dafa for over a year. One day, she could finally meditate for an entire hour with both legs crossed. That day when she returned home, she took out her math homework and found the questions were so simple and obvious. She solved the problems easily, and for the first time she was sure that her answers were correct.

“After I starting practicing Falun Dafa, my grades improved. The change was very obvious,” she explained.

Her life has been smooth sailing, from elementary school through high school and on to college and a job.

Jing said that students with similar interests often form a group. Usually the leader is called “Big Sister.” If anyone offends a Big Sister, there is usually some sort of retaliation, like harassment or even bullying. However, that doesn't apply to Jing. One classmate told her friends, “Jing is not a 'Big Sister' kind of person. But she can co-exist with them peacefully. Sometimes when she unintentionally offends them, they are not upset.”

Jing feels that her ability to get along with everyone is the manifestation of Truthfulness-Compassion-Forbearance, the standards that guide her behavior.

She is now studying to be a social worker to work with people with long-term disabilities. She gets along well with her colleagues at work.

Occasionally, however, the workload is overwhelming. When Jing got annoyed and stressed out, she thought, “Why am I getting so annoyed!” She immediately sensed that thought was not right.

She said, “These people need my help. As a Falun Dafa practitioner, I should put others first and do my best to help them.” As soon as she changed her attitude, the environment also changed. Her thinking became clear and rational and she could process the cases faster.

Jing has attended the annual North Taiwan Cultivation Experience Sharing Conference many times. She likes to listen to other practitioners share their understandings of the Fa, tell how they inform people about the persecution of Falun Dafa in China, and share their personal cultivation stories. She has also shared her thoughts with the group.

However, she felt the pressure of responsibility when she became a team leader for the annual Fa-Study and Experience Sharing event this past August. She stepped up and offered to work hard to make sure the conference was successful.

She made the labels for those who would attend, connected fellow practitioners, and wrote her own experience sharing article. To handle everything well, she made sure that she set aside time to calmly study the Fa.

Her thoughtful preparations helped facilitate the discussion session, and everyone at the conference said that they benefited from it. 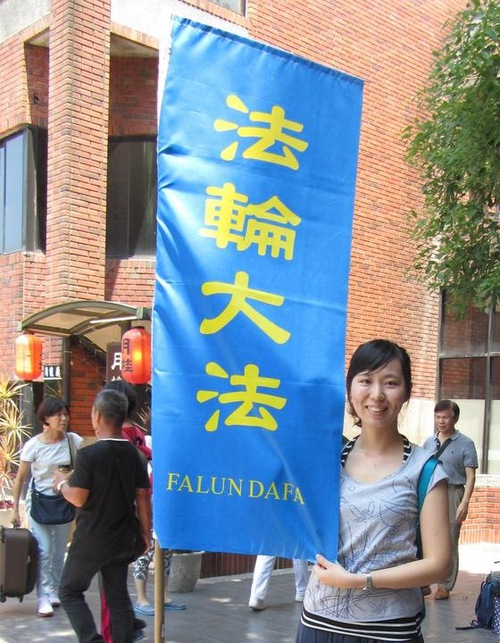 When Jing first accepted the role as team leader she felt it was a responsibility and an opportunity to contribute her time in order to benefit fellow practitioners.

After the two-day event, however, she felt she’d gained so much! She was more focused and had a better and deeper understanding of the unlimited manifestations of the Fa.

“I very much appreciate this valuable opportunity and experience as a team leader. I feel that I've become more mature, and I've also experienced some unexpected advancements in my cultivation!”

“Introducing Falun Gong to New Students at the University of Arizona”