“I Became Happy and Healthy after Practicing Falun Gong”

(Minghui.org) Wei Shao-kwan was a driver for his work unit in Taiwan before he retired. His colleagues knew that he used to catch colds easily and often got sick. The drivers for his company were responsible to maintain their vehicles and keep them washed. Wei's health was such that he always got sick after taking care of the scheduled maintenance and car wash.

After he began practicing Falun Gong, Wei became healthy. Even after a long day at work, from early morning to late evening, he was in high spirits and energized. The regular vehicle maintenance schedule no longer got him down, and he didn't catch colds anymore. His colleagues marvelled at the striking improvements in his health and demeanor. 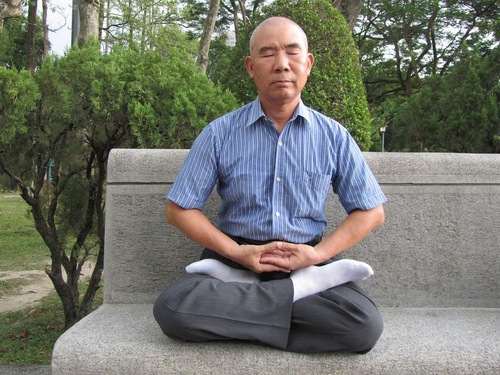 The Joy of Newfound Health 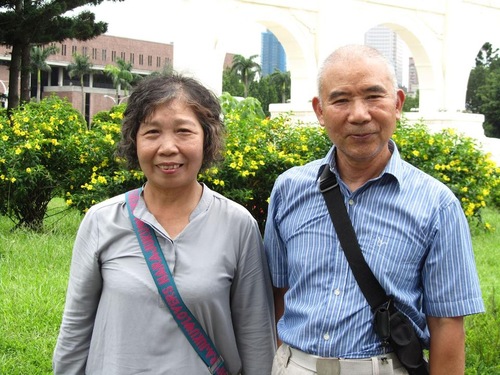 Fifteen years ago, Wei heard a TV talk show host make favorable comments about Falun Gong, a traditional spiritual discipline from China. The TV host often traveled abroad and had seen Falun Gong events in Washington DC and other major cities. He said, “Falun Gong practitioners follow the principles of Truthfulness-Compassion-Forbearance. They have super endurance. Wherever they hold an event, there is no trash left behind – they pick up after themselves. They are self-disciplined and peaceful.”

With some emotion, the host commented that there weren't many people like that today.

Although Wei was busy with work and was caught up with seeking medical treatments and trying to get well, the comments about Falun Gong had made an impression on him.

Meanwhile, he was taking various vitamins and minerals in an effort to get healthy. He had insomnia, low blood pressure, low blood sugar, and hated being cold. He also had chronic liver disease, heart problems including arrhythmia, and kidney disfunction.

He took medication every day, but still felt weak, tired, and was in low spirits. Wei often saw doctors of Traditional Chinese Medicine as well as Western medical doctors. He spent a lot of money on medical treatment, but nothing worked.

In the summer of 2010, Wei met a Falun Gong practitioner and they had a long chat. Upon learning about Wei's health issues, the practitioner recommended that he try Falun Gong and showed him the exercises.

Wei recalled, “I really felt great when when he showed me the exercises. I went to a bookstore and bought Zhuan Falun, the main book of Falun Gong. I read it twice and then signed up for a free nine-day Falun Gong lecture session in September 2010.

“I became happy and healthy after practicing Falun Gong. I got rid of all my medicines and vitamins. I don't need those things anymore.”

Before he retired, Wei practiced the Falun Gong exercises at lunchtime on the parking lot by the drivers' break room. His colleagues enjoyed watching him. He read Dafa books and practiced the exercises daily.

His insomnia disappeared and could fall to sleep within a few minutes of going to bed at night. His heart disease, and liver and kidney ailments disappeared without his noticing. Wei is so grateful for his newfound health.

Seeing the marvelous changes in her husband, Wei's wife Hxiu-chin was more impressed with Falun Gong than anyone else. But at first she was afraid to try it, as she said, “I can't even sit in a low chair, so how can I sit in meditation?”

Hxiu-chin had even more severe insomnia than her husband. She simply couldn't get to sleep without sleeping pills. The dosage had become higher and higher over the past seven or eight years.

One day she was in agony and couldn't get out of bed. She was sent to the hospital and the results showed that she had a dislocated hip. After carefully treating her, a doctor told her, “You have to keep this elastic band on your hip and thigh. Don't take it off for six months. Never sit on a low chair. Otherwise you could have a relapse.”

Hxiu-chin wanted to practice Falun Gong, but she was in too much pain when she tried the sitting meditation. So she gave up. 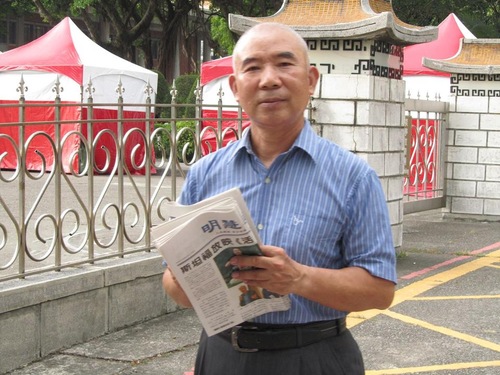 One day, her husband suggested, “Read Zhuan Falun first and see if there is any improvement.”

So she started to read the book. Then a thought popped into her head, “It must be very profound and hard to understand.” She put the book down. A few days later, she started reading again and suddenly experienced a feeling of great happiness.

Hxiu-chin recalled, “The content and principles in the book are clear and easy to understand. I was drawn by the book and finished reading it through quickly. It's a great book!”

In March 2016 she attended a nine-day Falun Gong seminar. She listened carefully to the founder of Falun Gong, Master Li, teaching the principles of the practice in the lecture videos. Gradually, she was able to sit on a low chair. She began learning the Falun Gong exercises. This past year, she has been able to do the sitting meditation easily and for a long time. Her hip has been fine.

Hxiu-chin got rid of her sleeping pills as she hasn't needed them since she began practicing Falun Gong.

She recounted, “I experienced a sound sleep for the first time in nearly eight years. I can get to sleep easily at night. I'm not afraid of the cold anymore in winter like I used to be. I am so happy.”

The couple has benefited tremendously from practicing Falun Gong and want to share it with others. They go to tourist sites to demonstrate the exercises, talk to visitors about Falun Gong and the persecution in China, and distribute informational materials.

Wei said, “Truthfulness-Compassion-Forbearance is wonderful beyond words. I hope that more people will come to know the grace of Falun Gong. That will make the world a better place.”

“Importance of Sending Forth Righteous Thoughts”