(Minghui.org) Falun Gong practitioners in France introduced this traditional Chinese spiritual discipline and exposed the Chinese Communist Party's (CCP) persecution of the practice during an event on Human Rights Plaza in Paris on August 6, 2017. Many visitors learned about the persecution in China and condemned the CCP's atrocity of harvesting organ from living prisoners of conscience, the majority of whom are Falun Gong practitioners. Large numbers of people signed a petition calling for an end to the forced organ harvesting. 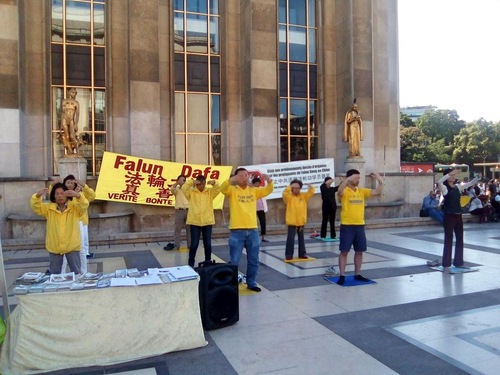 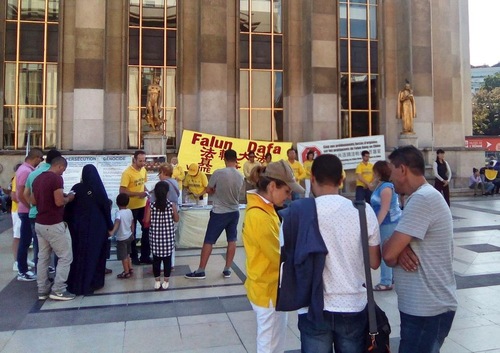 Visitors learn about the CCP's persecution.

Many visitors heard about Falun Gong for the first time and voiced their opposition to the persecution.

Monar Niang, a sales manager, told the correspondent, “Human rights should be respected, regardless of belief or policy. It's the basic protection of our way of life.”

Pierre André, a psychiatrist, told a Falun Gong practitioner, “I know about forced organ harvesting. It's horrible! We have to fight back. What you are doing is great! Congratulations for your great job of raising awareness!”

Aznag, a real estate professional, signed the petition against forced organ harvesting and said, “I didn't know there was such a thing as organ harvesting from living people. And it's controlled by a communist regime! It's unacceptable and intolerable! I'm definitely against it!”