(Minghui.org) Wellington, known as the Windy City, had no wind on July 25, making it a pleasant sunny winter day for outdoor activities.

Hundreds of Falun Gong practitioners from throughout the country gathered in Wellington for a series of events to usher in the 19th year of peaceful activities against the ongoing persecution in China. 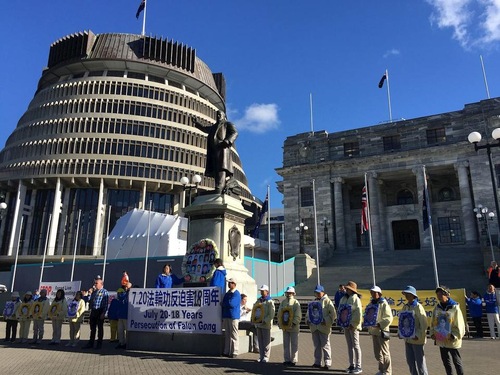 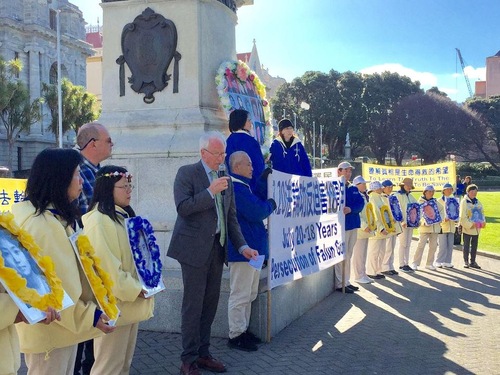 MP of the Green Party, Mr. Steffan Browning speaks at the rally in front of the New Zealand Parliament.

In order to draw attention to the ongoing persecution in China, practitioners began the day's activities with a torture reenactment on Cuba Street to spotlight the brutalities that practitioners in China have faced for the past 18 years. They also held a signature drive calling for an end to the Chinese regime's forced organ harvesting of Falun Gong practitioners and other prisoners of conscience.

Next, a group of practitioners staged a march from Cuba Street to the New Zealand Parliament buildings, where a rally began at 11:00 a.m. in front of Parliament House and the Beehive

Green Party Member of Parliament Mr. Steffan Browning spoke at the rally and urged the New Zealand government to do more to bring about an end to the persecution. He said that the government should raise the issue of organ harvesting with visiting Chinese officials more forcefully.

MP Browning also commented that New Zealand could pass a similar resolution to US House Resolution 343, which condemns China's forced organ harvesting practice. The resolution was passed unanimously by the United States Congress.

The activities on Cuba Street continued during the rally. Many passersby stopped to watch and many were moved by the torture and organ harvesting reenactments. A number of people paused to talk with practitioners. 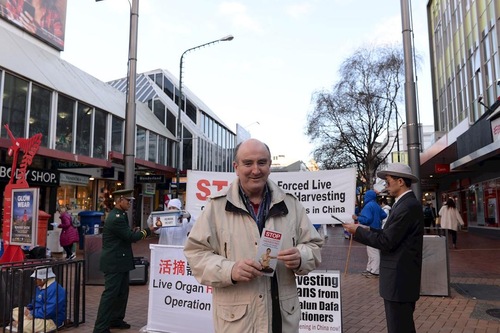 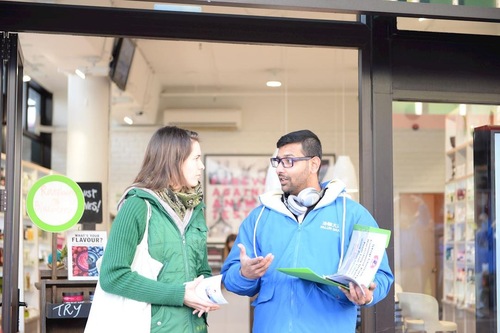 Talking to a passerby about Falun Gong and the persecution. 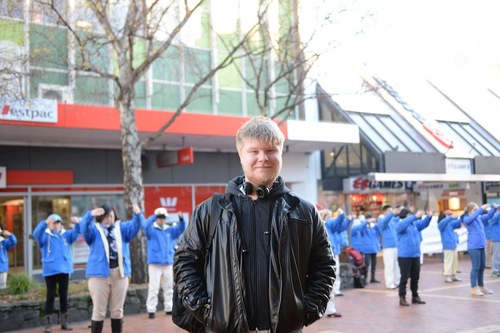 Blaire, a journalism student, commented that the persecution of Falun Gong is an issue that concerns the whole world.

“ICU Patient Wakes Up After 33 Days in Coma”