(Minghui.org) European practitioners held activities on the weekend of July 22 in many cities in the U.K., Greece, and Germany to raise awareness of the persecution of Falun Gong (also called Falun Dafa) in China.

July 20 marked the 18th year of the ongoing persecution of Falun Gong, which was launched in 1999 by the then Chinese Communist Party leader Jiang Zemin. The ban took place after the regime discovered that Falun Gong, a traditional spiritual practice based on the principles of Truthfulness, Compassion, and Forbearance, had gained 70-100 million followers in China.

Practitioners and the European Tian Guo Marching Band rallied in front of the Chinese Embassy in London and marched in central London on the morning of July 23.

In the afternoon, practitioners performed the exercises in Trafalgar Square and held a signature drive. 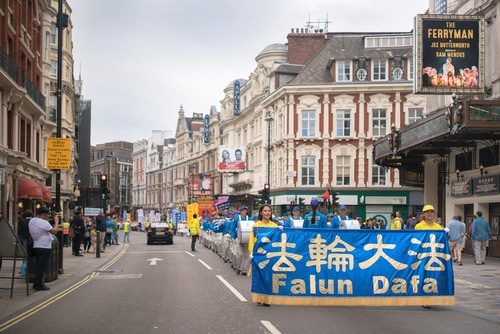 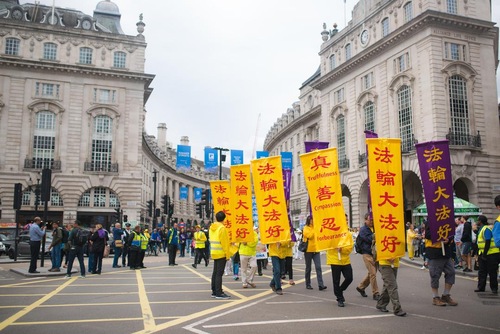 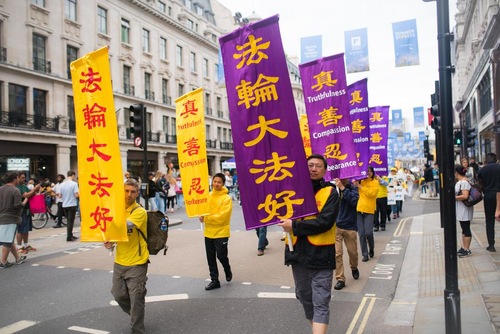 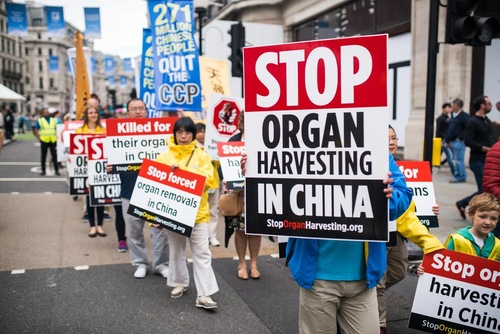 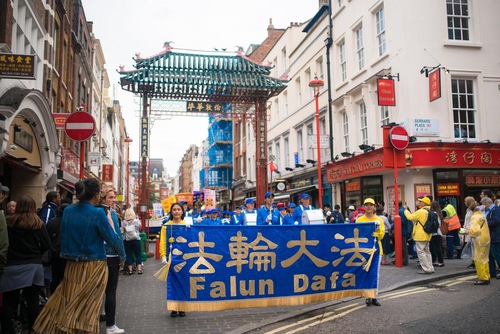 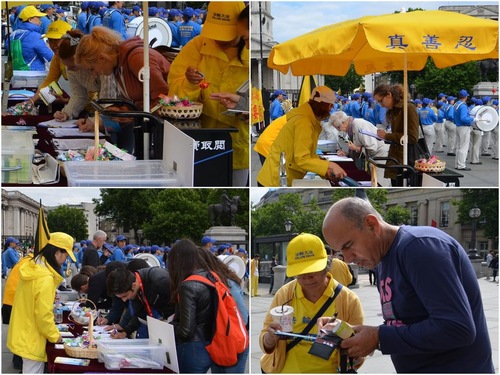 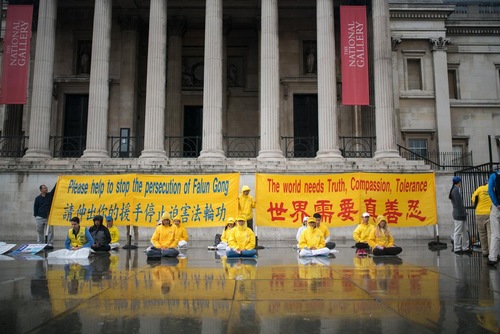 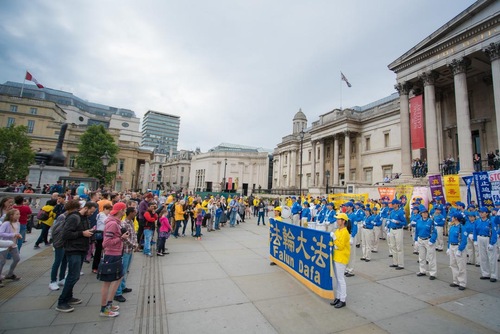 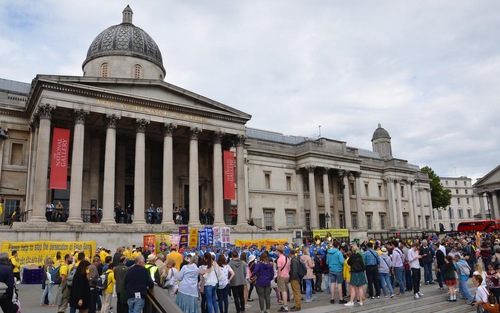 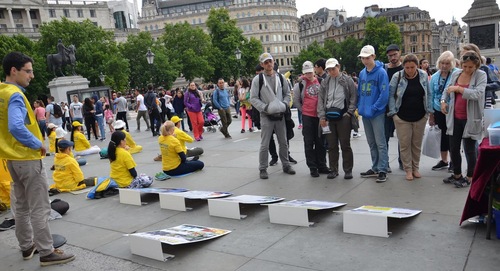 Activities on Trafalgar Square raising awareness of the persecution of Falun Gong.

Thessaloniki practitioners held activities to raise awareness near the beach on July 23. 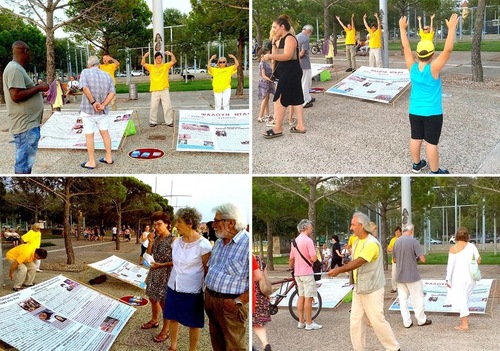 Activities in Thessaloniki raise awareness of the persecution of Falun Gong in China. 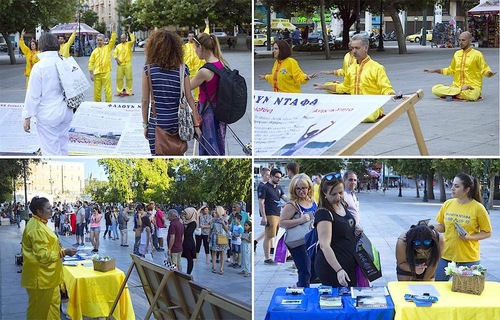 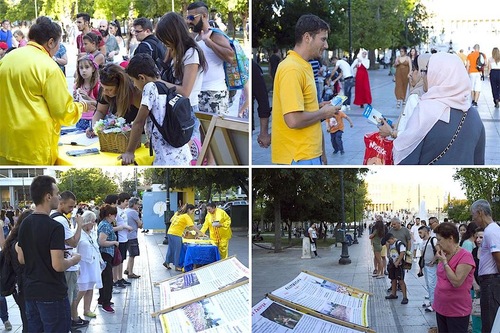 In Düsseldorf on July 22, practitioners in Germany commemorated fellow practitioners who died in the persecution with a peaceful protest and rally calling for an end to the atrocities. 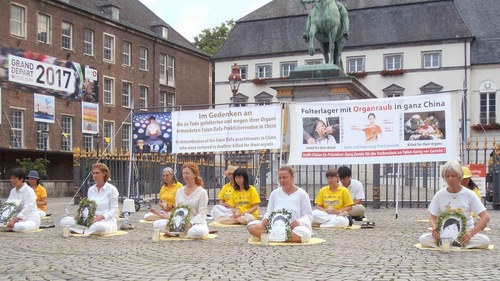 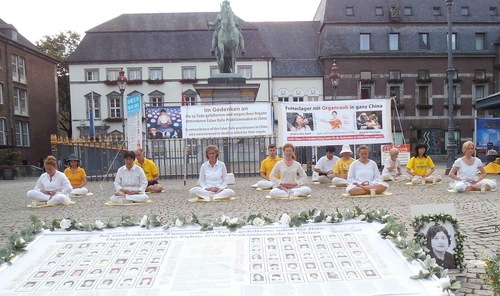 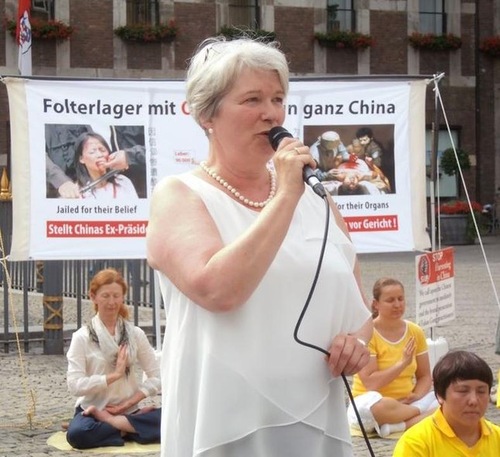 Rally and peaceful sitting protest raise awareness of the persecution of Falun Gong in China. 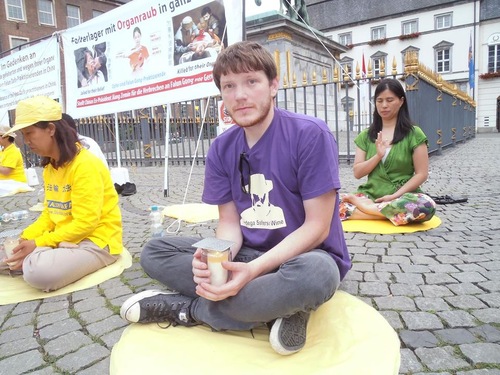 Holding a candle, a young man sat in on the peaceful protest Gong group in Dusseldorf. “I came by and heard some of the rally speeches,” he said. “I just wanted to show my support. I hope the people in China can be free.” 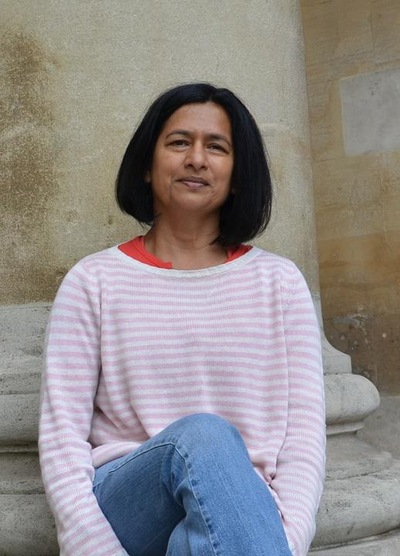 Princy, who live near the Chinese Embassy in London, hopes more people will learn about and help stop the persecution.

Princy, who lives near the Chinese Embassy, said that the parade was great and hopes to see more activities like this. “Many people still don't know about the persecution in China,” she said.

She has seen the peaceful protest at the Chinese Embassy for years and was sad that the persecution is still happening. “China appears modern, but the (forced organ harvesting) is extremely barbaric. It's unbelievable that this can happen in modern times,” she said. 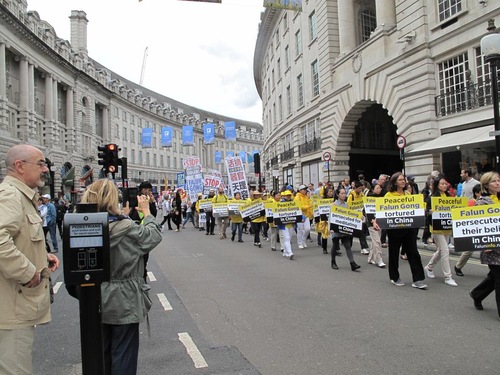 A couple, both retired teachers, caught the parade in London.

A couple, both retired teachers, caught the parade in London. The husband, an Englishman, and the wife, an Italian, had traveled from their home in Italy to visit relatives in London.

“The flier mentioned a website where people can sign a petition to protest the organ harvesting. I plan to do so as soon as we get back,” said the husband.

“We must alert everyone! Everyone should pass on the information. This is very important!” added the wife. 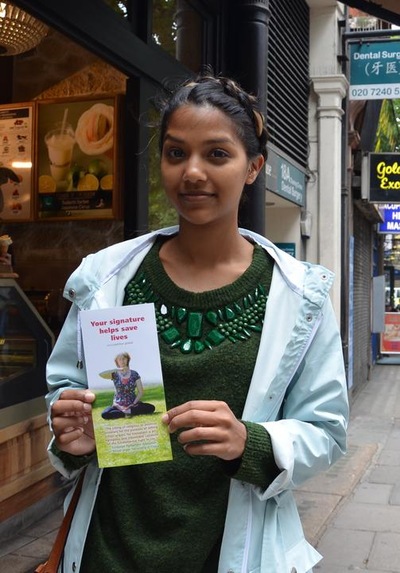 Tasnia, a resident of London, said the parade opened her eyes to the atrocities in China. She signed the petition to condemn China's forced organ harvesting. 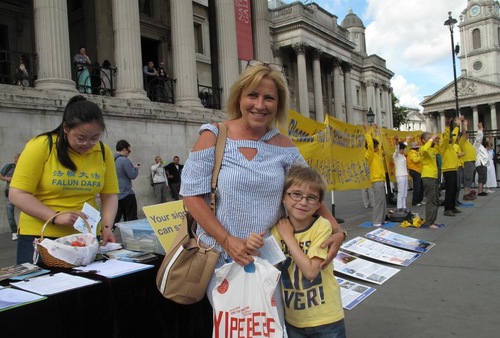 Maria from Ireland and her son signed the petition against forced organ harvesting at Trafalgar Square.

“Denmark Resident Seeks Justice for Brother-in-Law, Tortured to Death in China for His Faith”