(Minghui.org) Falun Gong practitioners in Toronto participated in “National Youth Day” on Dundas Square on July 23 to tell people about this ancient Chinese self-improvement practice. Many visitors learned the exercises at the event. 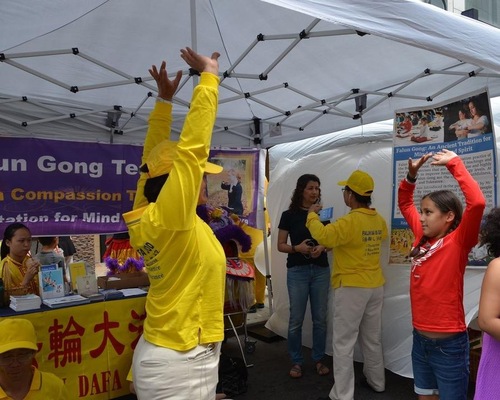 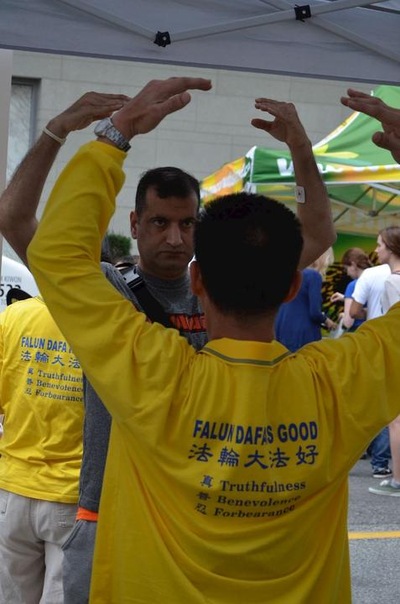 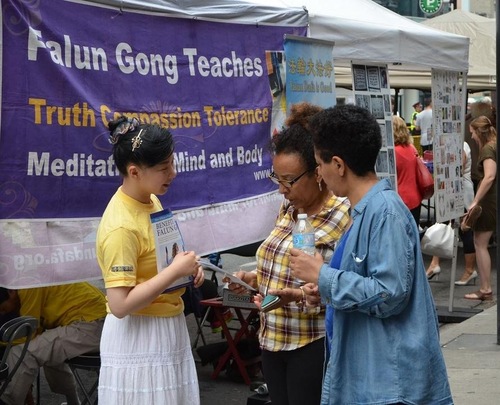 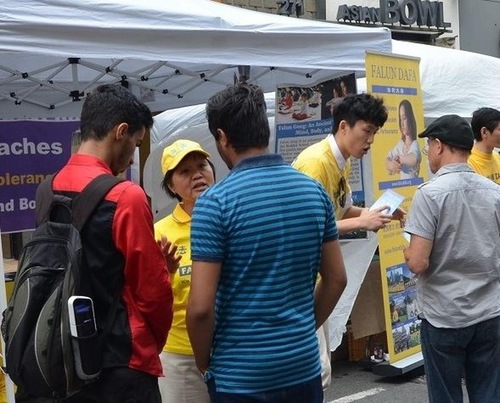 Mr. Zhou told practitioners that he knew about the amazing healing power of Falun Gong.

“One of my relatives in China practices Falun Gong. He is a college professor,” Mr. Zhou said. “It seems that many highly educated people practice Falun Gong. They must have their reasons. I've seen you guys everywhere introducing it to the public. Keep up the good work.” 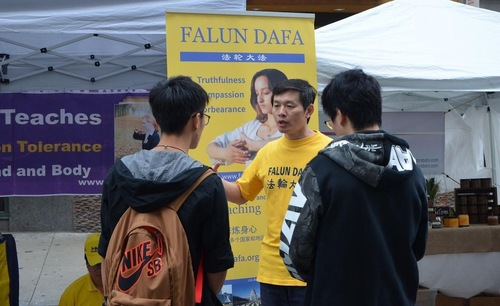 Mr. Xie, a Chinese student, wanted to know what Falun Gong really is. He talked to practitioners for a long time and asked many questions, such as why practitioners try to convince people to quit the communist party and what evidence is there that state-sanctioned forced organ harvesting is taking place in China. By the time he left, he was convinced that the persecution really exists and he was willing to quit the communist youth league. 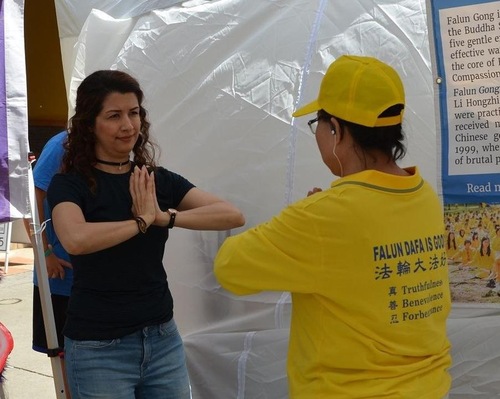 After learning the first Falun Gong exercise, Megan, a local resident, felt strong energy flowing through her body. She was amazed and decided to continue. 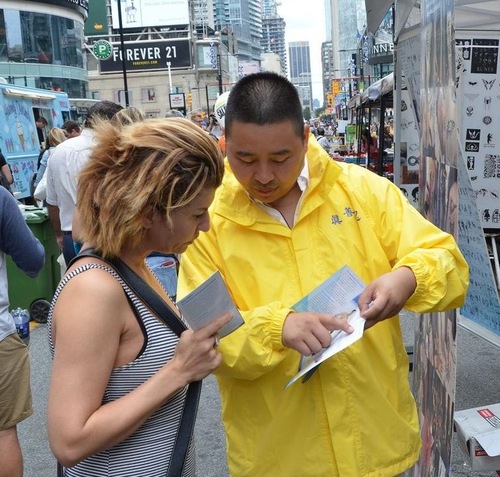 Malan was interested in the exercises after being told that the guiding principles of Falun Gong are Truthfulness-Compassion-Forbearance. After a few movements, she felt a wheel (Falun) spinning on her hand. Malan hopes that Falun Gong will purify her body and thanked practitioners for teaching her for free. 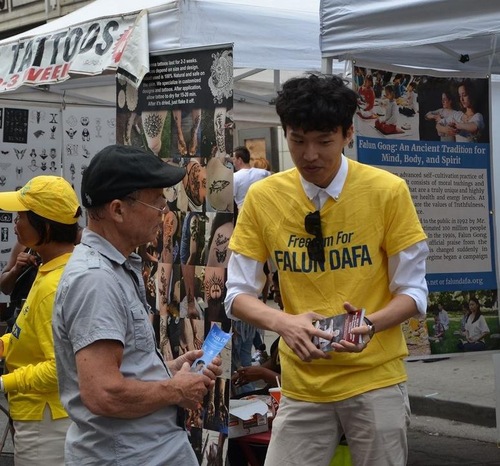 Hank, a local engineer, could not believe that a government would harvest organs from its people against their will for profit. Practitioners showed him detailed evidence. Hank took a stack of materials. He wants to see what he can do to help stop it. “Everybody's voice is effective,” he said.

“Three Stages in My Cultivation Journey”