July 20 Peaceful Resistance Events in US, Canada, and Australia

(Minghui.org) Reports on the 18th anniversary of Falun Gong's peaceful resistance around the world keep pouring in to the Minghui website. This article covers the grand march in Washington D.C., the candlelight vigil in San Francisco, and the rallies in Montreal and in West Australia.

After the rally on Capitol Hill on Thursday, practitioners held a grand march that went along the Pennsylvania Ave and Constitution Ave, and ended at the Washington Monument.

The 1.5-hour long march consisted of three sections, which, respectively, demonstrated the beauty of Falun Gong, called for the end of the persecution, and supported the 270 million Chinese withdrawals from the Communist Party. 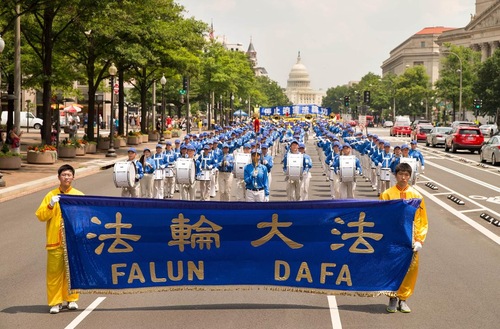 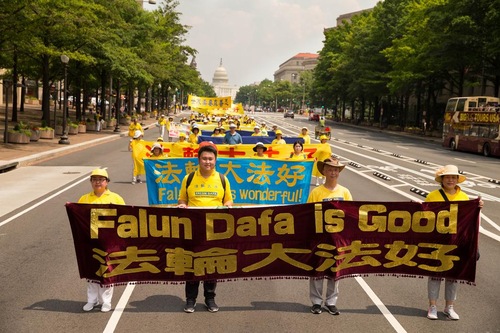 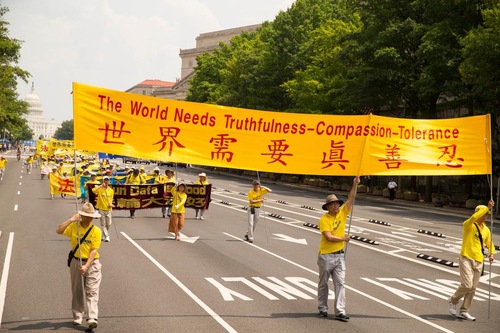 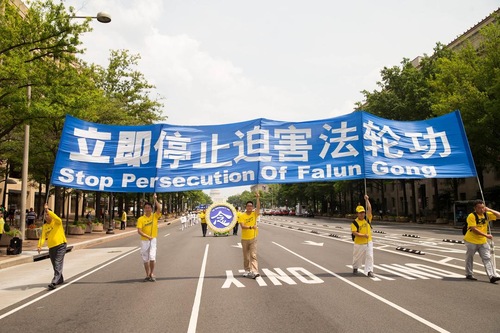 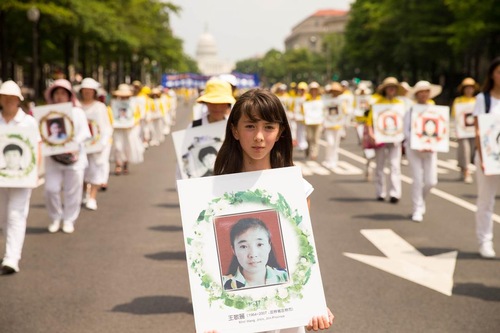 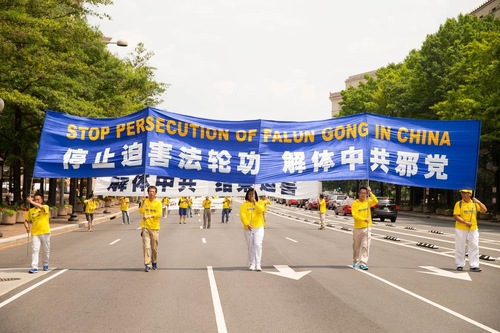 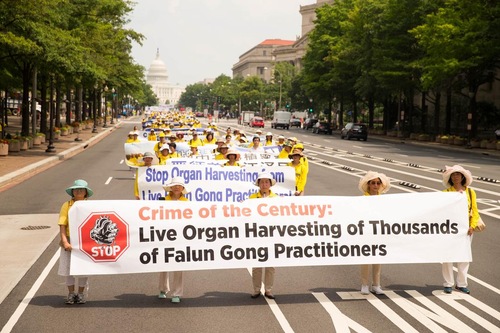 “Stand for what you believe in, and don’t let anybody take it away from you,” said Tracy Jackson, an employee of the Department of Justice, who watched the march.

Regarding the state-sanctioned organ harvesting in China, Tracy said it was her first time hearing about it, but she was very concerned and wishes “everyone to get involved as much as possible to stop this from happening, to get it out there...There’s power in numbers.”

The candlelight vigil in San Francisco was held in front of the Chinese consulate on Wednesday. Several victims of the persecution shared their own experiences of being tortured in China. 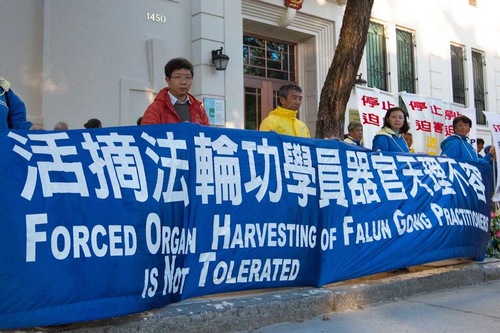 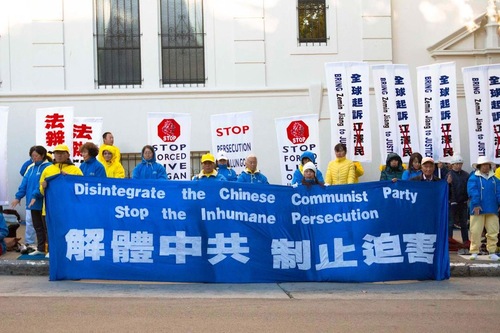 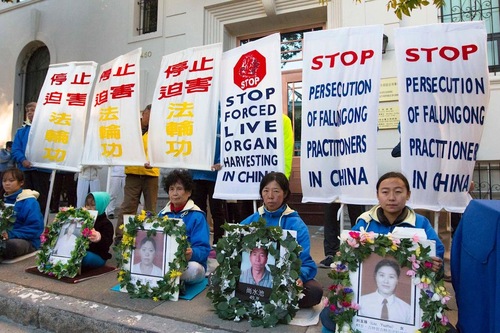 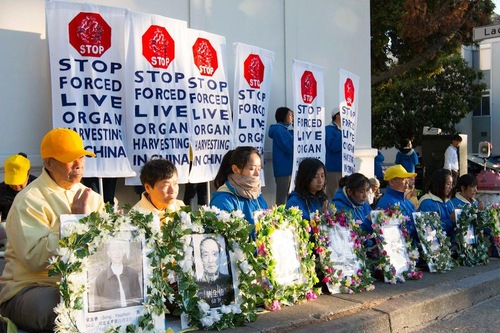 Lü Jianhua started practicing Falun Gong in 1996. In 2000, policemen broke into her house and searched it, and sent her to a detention center. They chained her to a wall, and beat her.

“Once I was chained to a wall for 17 hours. My right shoulder was fractured. Another time, I passed out due to being hung up for a long time. I was beaten with electric batons many times,” she told the audience, “and I was sentenced to four years.” 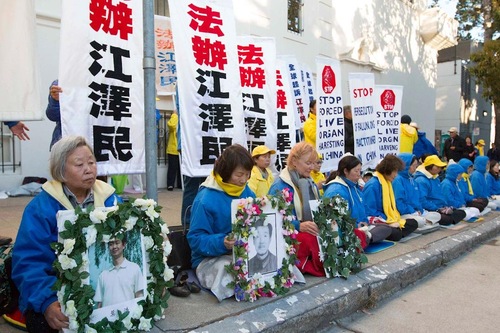 Ms. Han, who started practicing in 1993, was holding a photo of her youngest son Ye Hao at the vigil, who was tortured to death in the persecution.

“Ye Hao was jailed in a detention center in Wuhan City. He was deprived of sleep for several weeks. He was also forced to stand straight for a long time. Due to the severe beating, he passed away in the detention center,” Ms. Han said.

Ms. Han herself was sentenced to three years. In prison, she was forced to do heavy labor, and was deprived of food and sleep.

"Your event is powerful,” she said. “If you don't tell people about all this, they would not know what has been happening in China.”

She added, “From their faces, I can tell these are peaceful people. Everybody likes the principle of Truthfulness-Compassion-Forbearance.” 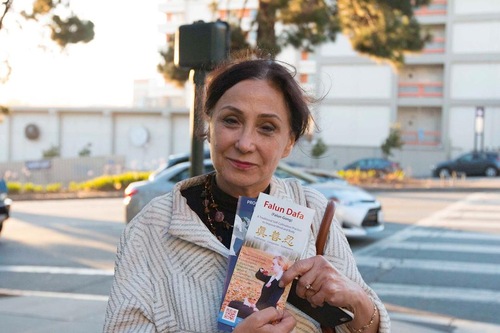 Mona Afary said the forced organ harvesting is horrifying. The persecution should be stopped immediately.

Practitioners from Montreal held a rally in front of the Chinese embassy on Wednesday. 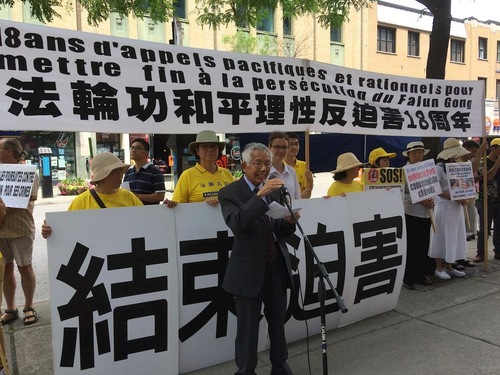 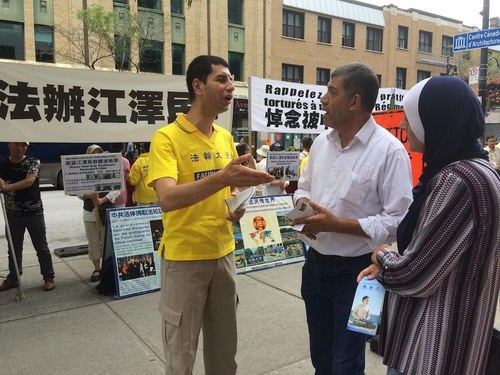 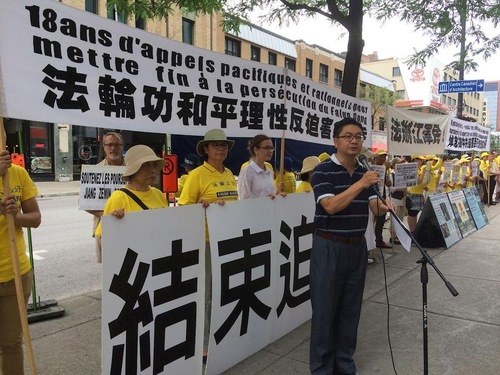 Supporter Mr. Li Zhenwen said in his rally speech: “Falun Gong is the hope of China.”

Mr. Li Zhenwen, who does not practice Falun Gong, spoke at the rally to show his support.

“When I first came across this group, I knew they were righteous. I admire them. I believe that China has hope because of Falun Gong. I have come to many Falun Gong events to show my support,” said Mr. Li in his speech.

At the end of his speech, Mr. Li called upon the Chinese people to recognize the evil nature of the communist party.

Practitioners in West Australia held an activity at the downtown business district, St. Georges Terrace, telling people about the persecution on July 20. 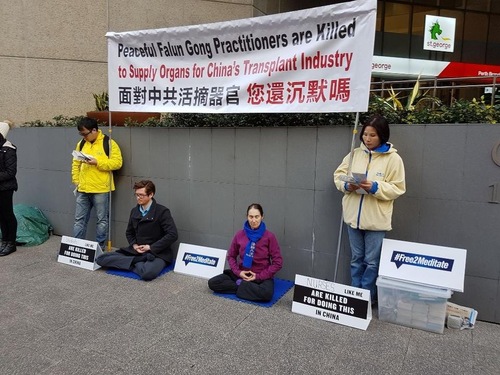 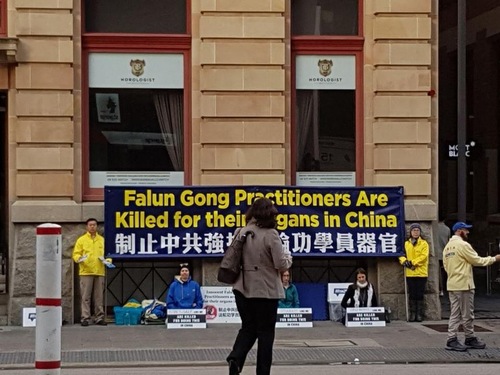 Many passersby expressed their support for Falun Gong. 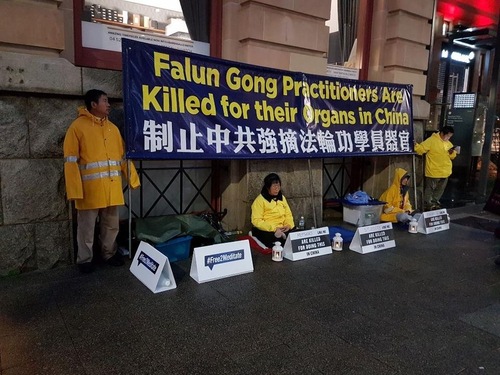 In the evening, practitioners lit candles to commemorate those who lost their lives in the persecution.

“U.S. Lawmakers Voice Support for Falun Gong on 18th Anniversary of the Persecution”