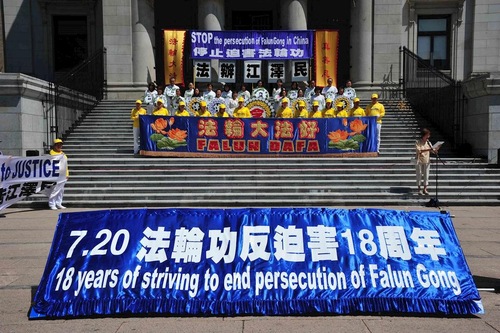 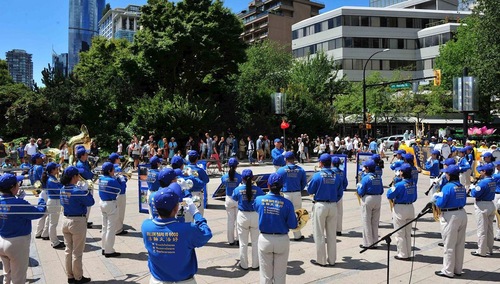 Falun Gong practitioners in Vancouver hold a rally, commemorating 18 years of striving to end the persecution of Falun Gong.

A large number of people attended the rally and signed a petition calling for an end to the persecution. Many Chinese people took this opportunity to discover the facts about Falun Gong.

A group of college students from China asked the practitioners many questions. In doing so, they learned about what Falun Gong really is, the self-immolation hoax, the persecution, and the CCP's organ harvesting from living Falun Gong practitioners. The students were visibly shaken by the information they found. All of them took a copy of the introduction material for themselves. One student took an extra copy for her father.

The Falun Gong practitioners held a parade in downtown Vancouver after the rally, which was warmly received by the spectators. 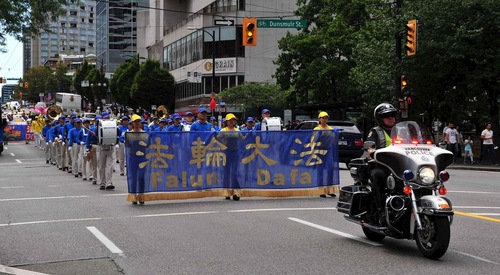 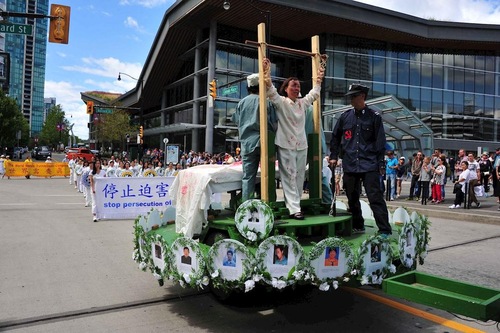 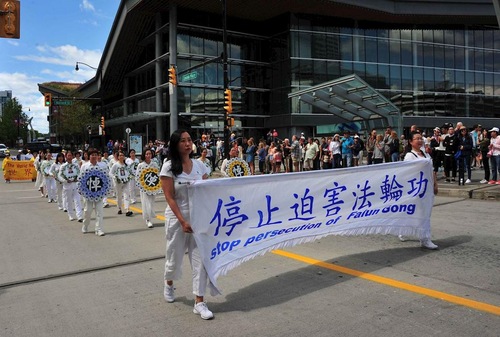 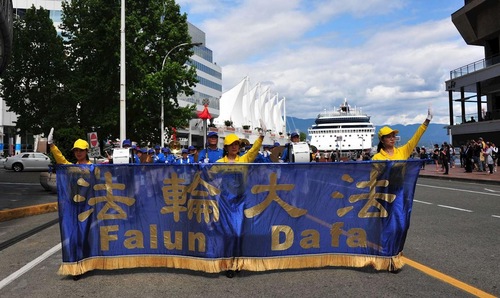 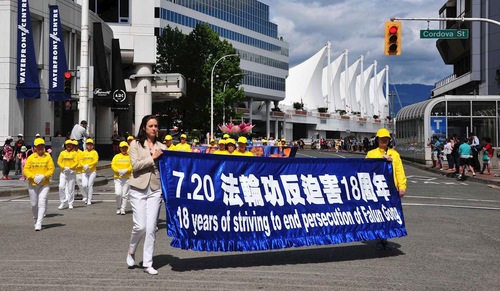 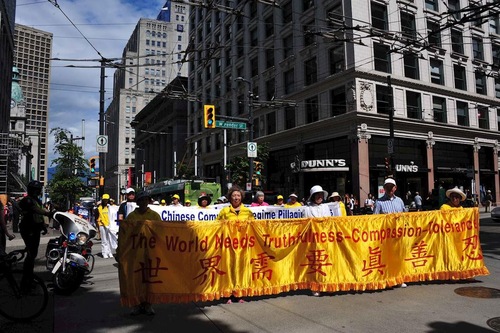 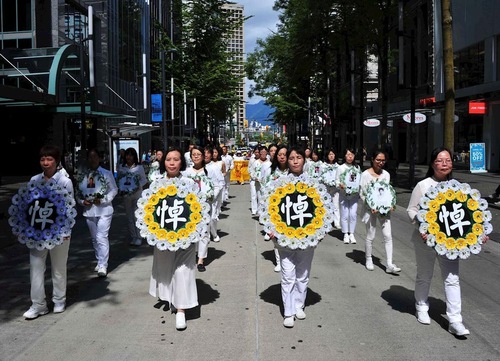 Falun Gong practitioners hold a parade in downtown Vancouver to mark 18 years of striving to end the persecution.

Mr. Li Jianfeng, a former judge from China, had been imprisoned by the CCP for helping Falun Gong practitioners and other groups of people who suffered injustice. 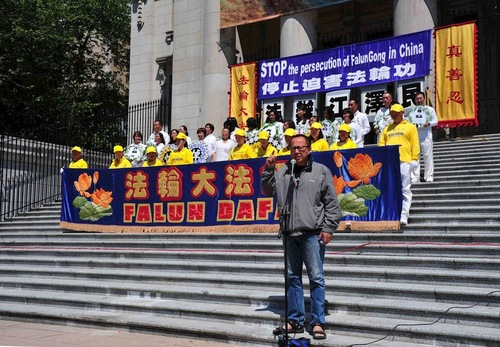 Mr. Li also called for overseas Chinese to stand on the side of the good people. He said, “Any overseas Chinese of conscience should support Falun Gong, because what they spread is truth and facts, and they will bring a beautiful life to our future generations.”

“Having Faith Is Lawful! Justice Will Win!” 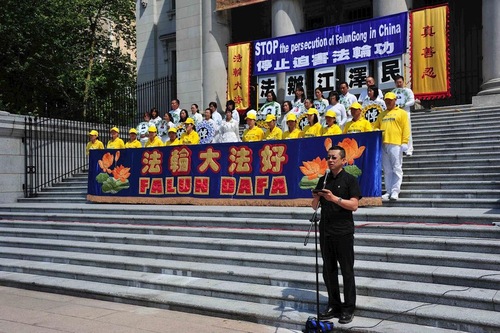 Mr. Eric Chen, Vice Chair of the Federation for a Democratic China in Vancouver, gives a speech at the rally.

Mr. Eric Chen, Vice Chair of Federation for a Democratic China in Vancouver, said during his speech, “My salute to Falun Gong practitioners' unyielding spirit of pursuing freedom, staying firm on Truthfulness-Compassion-Tolerance, and their peaceful resistance to the CCP's bloody persecution! The CCP's regime used the state apparatus to carry out an unprecedented large-scale persecution against Falun Gong practitioners, and even heartlessly harvested their organs, and demonized them with propaganda. The crimes are too numerous to list. The perverse acts challenge the bottom line of human morality. However, justice will win!”

“I Came Here to Express My Respect for Falun Gong” 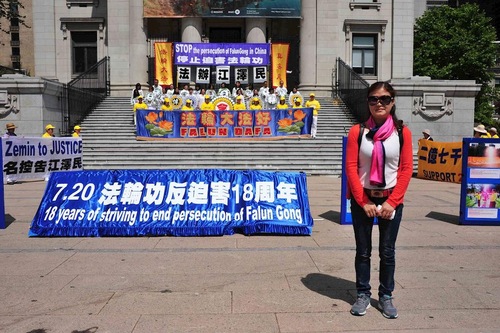 Mrs. Du Xueqin, from Fujian Province of China, came to Vancouver in 2016. She and her husband had been imprisoned by the CCP for eight years because of their human rights work helping people who suffered injustice.

Mrs. Du said during her speech, “On this special day marking 18 years of the persecution, I came here to express my respect for Falun Gong. Falun Gong pursues freedom of belief. Practitioners tell the truth and do good deeds. We see clearly how the CCP brutally suppresses anyone who tells the truth, does good deeds, or pursues justice. We strongly believe that the CCP's days are numbered.”

“More and More People Know that Falun Gong Is Great!” 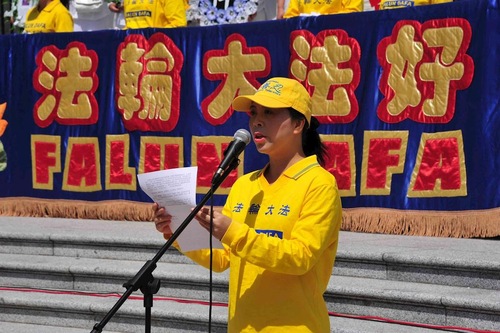 Ms. Fang, spokesperson for the Tuidang Center in Vancouver

Ms. Fang, spokesperson for the Tuidang Center in Vancouver, said in her speech, “In the past 18 years, Falun Gong practitioners in China have risked their lives exposing the persecution and spreading facts of Falun Gong. Practitioners in other countries have tirelessly spread the news to government offices, organizations, and tourists sites. Their persistent efforts and sacrifices have paid off. More and more people around the world are hearing about the persecution and learning that Falun Gong is great!”