(Minghui.org) Canadian citizen Ms. Sun Qian's detention in China will be extended until June 28, 2017, according to the latest news from China.

Ms. Sun Qian, has been held in Beijing No. 1 Detention Center since she was arrested on February 19, 2017, for her faith in Falun Gong, a spiritual discipline being persecuted by the Chinese communist regime.

Since Ms. Sun's arrest, several MPs in Canada have voiced their concerns. Foreign Minister Chrystia Freeland also expressed her concern over the case. Two more MPs wrote letters to the Prime Minister and Minister of Foreign Affairs to seek their efforts to secure the immediate release of Ms. Sun Qian.

MP Ted Falk: Canadian Government Has An Obligation to Protect Canadian Citizens Around the World 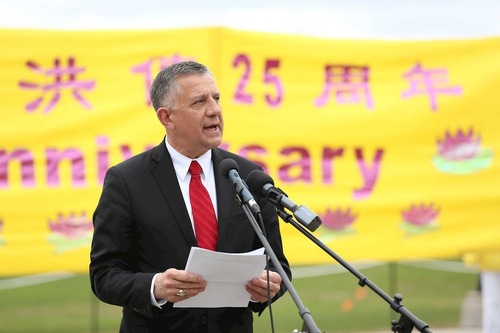 MP Ted Falk spoke at a celebration of the 25th Anniversary of Falun Dafa's Introduction to the Public. 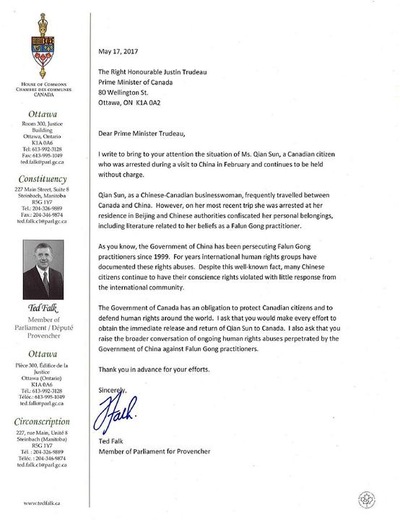 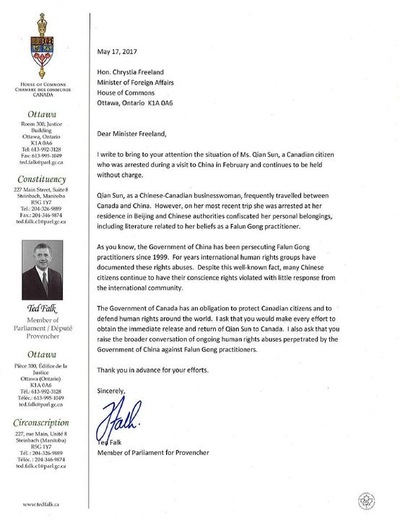 MP Ted Falk said in his letter, “Qian Sun, as a Chinese-Canadian businesswoman, frequently traveled between Canada and China. However, on her most recent trip she was arrested at her residence in Beijing and Chinese authorities confiscated her personal belongings, including literature related to her beliefs as a Falun Gong practitioner.”

He said, “The Government of China has been persecuting Falun Gong practitioners since 1999. For years international human rights groups have documented these rights abuses.

“The Government of Canada has an obligation to protect Canadian citizens and to defend human rights around the world. I ask that you would make every effort to obtain the immediate release and return of Qian Sun to Canada.” 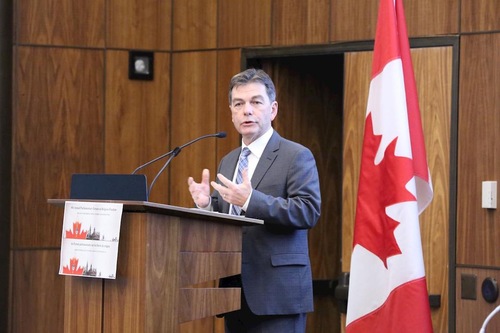 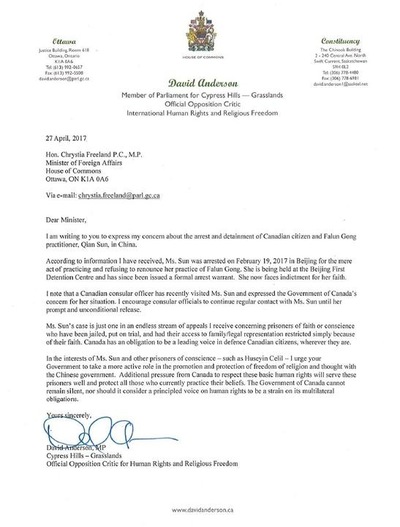 MP David Anderson wrote to the Foreign Minister to express his concern about the arrest and detention of Canadian citizen Ms. Sun Qian in China.

MP David Anderson said in his letter, “Ms. Sun was arrested on February 19, 2017 in Beijing for the mere act of practicing and refusing to renounce her practice of Falun Gong. She is being held at the Beijing First Detention Center and has since been issued a formal arrest warrant. She now faces indictment for her faith.

“I note that a Canadian consular officer has recently visited Ms. Sun and expressed the Government of Canada's concern for her situation. I encourage consular officials to continue regular contact with Ms. Sun until her prompt and unconditional release.”

He said, “Ms. Sun's case is just one in an endless stream of appeals I receive concerning prisoners of faith or conscience who have been jailed, put on trial, and had their access to family/legal representation restricted simply because of their faith. Canada has an obligation to be a leading voice in defense of Canadian citizens, wherever they are.”

He urged the Canadian government to take a more active role in the promotion and protection of freedom of religion and thought with the Chinese government. He said, “Additional pressure from Canada to respect these basic human rights will serve these prisoners well and protect all those who currently practice their beliefs. The Government of Canada cannot remain silent, nor should it consider a principled voice on human rights to be a strain on its multilateral obligations.”