(Minghui.org) Falun Gong practitioners in Toronto participated in the Oshawa Peony Festival on June 10 and 11, 2017. They introduced the Chinese meditation practice to the public and demonstrated the five sets of exercises, which some festival attendees learned on site.

The practitioners' booth faced the central flower bed and featured a prominent banner. Many visitors were drawn to the booth by the recording of a practitioner playing the erhu, a Chinese string instrument. 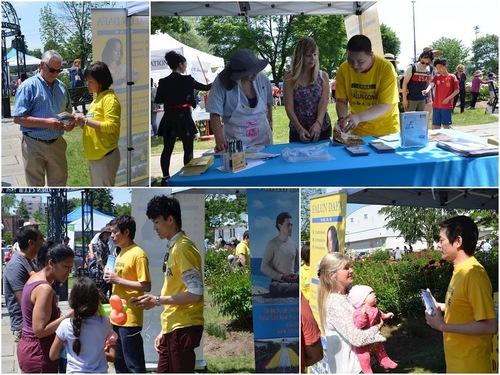 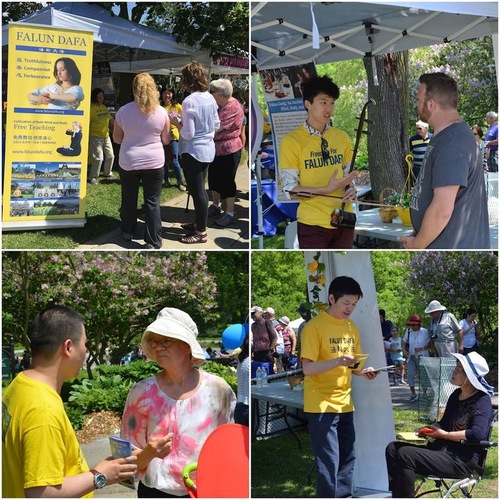 Festivalgoers talk to practitioners to learn about Falun Gong. 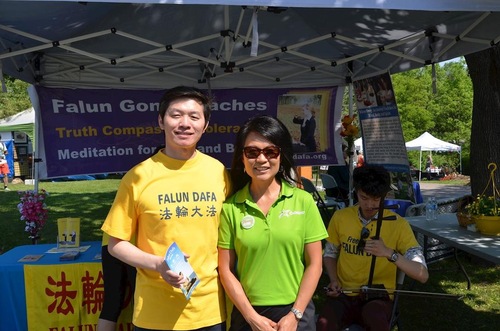 Elaine, a festival organizer, poses with a practitioner.

The festival attracted many Chinese visitors, some of whom were pleased to see the Falun Gong booth. Some recalled seeing people practice Falun Gong in their previous work units in China. Some took information materials and to read at home. 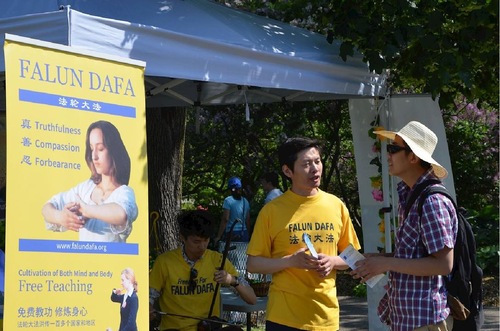 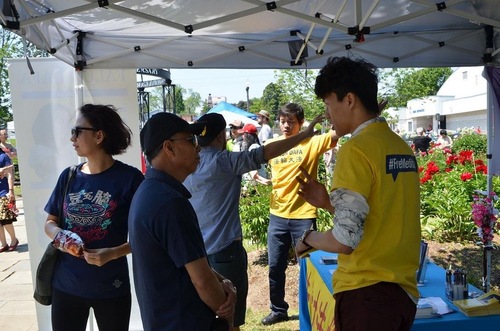 Mr. Guo from Hong Kong talked with a practitioner and expressed his admiration. He said, “The Chinese Communist Party tries to make trouble whenever you raise awareness of the persecution. You are upholding justice. You have to keep doing this.” 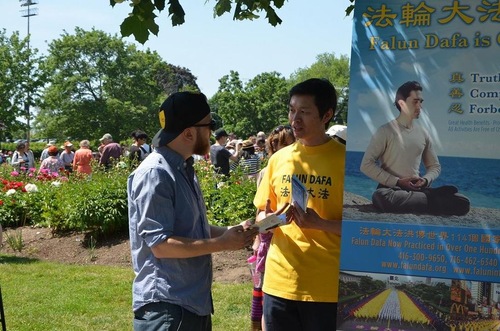 Visitor Duncant talked with a practitioner for a long time after taking a flyer. He asked the practitioner to teach him the exercises later and said he would learn more about the practice online. 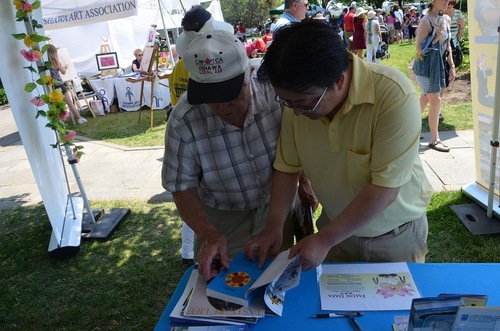 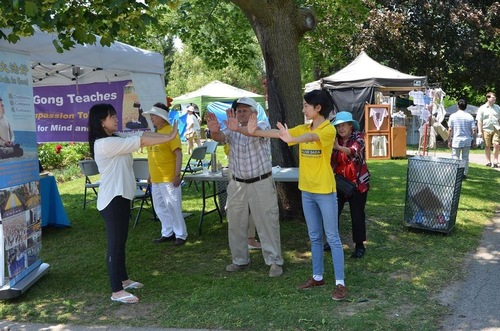 John Malarz learns the exercises and buys a copy of Zhuan Falun, the main book of Falun Gong.