(Minghui.org) Falun Dafa practitioners from Latvia were invited by the Ventspils Cultural Center to take part in the closing events of the Parventa Festival on May 27.

In recent years, Falun Dafa has become a warmly welcomed member and an integral part of the Ventspils City Festival.

During the parade, as the Falun Dafa entry passed the representatives of the Ventspils City Council on the host stage, the chairman of the city council called out, “Long live Falun Dafa!” 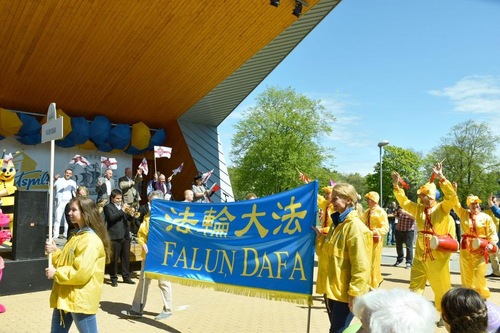 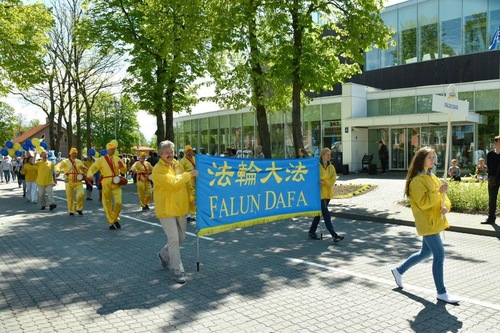 After the parade, practitioners set up a canopy where they held a lotus flower-making workshop and demonstrated the exercises. They told people about this ancient mind/body cultivation practice and taught the exercise movements to those who were interested. They also informed them about the persecution of the practice in China. 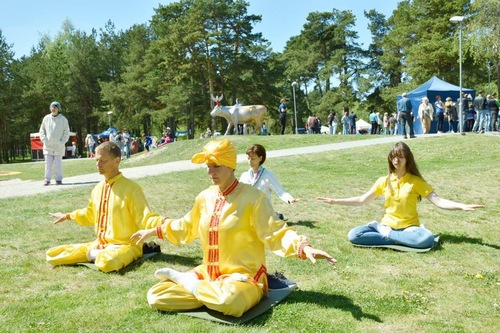 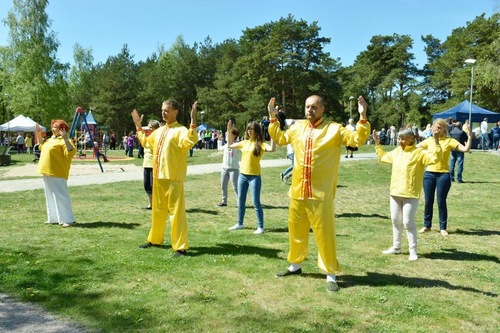 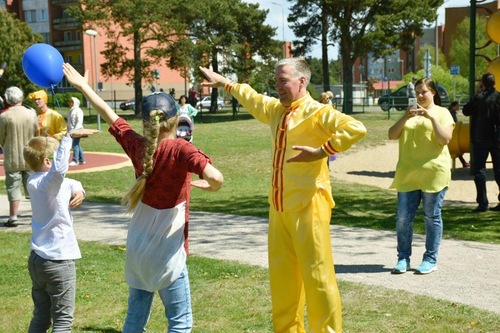 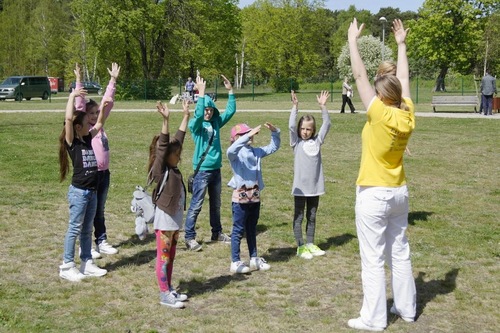 People were especially interested in the lotus flower making workshop, and both children and their parents took part.

Many children were very interested in the exercises and the meditation. After learning about the practice, a little girl came back with her friend and asked the practitioners to teach the exercises again.

Some of the grown-ups were interested in finding out where the group practice sites in Ventspils were, and asked the practitioners many questions.

“We cannot calm our minds when our thoughts are filled with ordinary things, like making money and being treated unfairly. When we start cultivating ourselves, we start to understand that there is an order to everything in our lives, that nothing happens by chance.

“As time passes, the mind gradually calms down, and then during the meditation we can reach a very peaceful state.”

The practitioner also told him that Falun Dafa practitioners in China are being illegally arrested, tortured, and even killed by the communist regime for their belief.