(Minghui.org) In the last week, exhibitions of The Art of Zhen, Shan, Ren (Truthfulness-Compassion-Forbearance) were held in Helsingborg, Sweden, and Tempe, Arizona in the U.S. This exhibition has been touring the globe for over a decade, raising awareness and drawing support for ending the persecution of Falun Gong in China.

The paintings by Falun Gong practitioners reflect the guiding principles of this ancient Chinese cultivation practice and practitioners' peaceful resistance to the brutal persecution. Many visitors of the recent exhibitions were moved to tears by the paintings, and many more signed a petition to support Falun Gong.

The exhibition in Helsingborg was held at the Elite Hotel on April 27 through May 1.

A young Polish woman told practitioners that she had heard about the viciousness of the Communist Party from her parents, but after all it was second-hand information. The paintings, however, gave her a first-hand shock. She could feel the pain that practitioners in China have been suffering.

Another Singapore-born Swedish gentleman also spent a long time viewing the artwork. A volunteer at the exhibit talked to him and shared her own experience of being tortured in China for believing in Falun Gong. A few hours later, he came to the exhibit hall with a bag of candy as a gift to this practitioner. 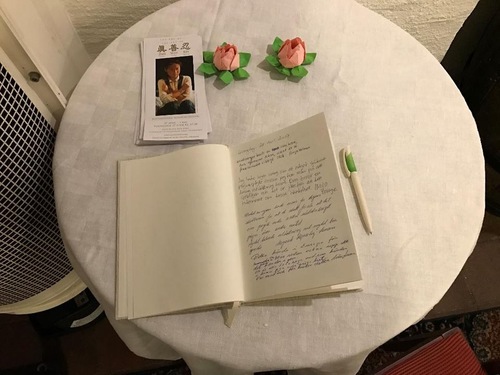 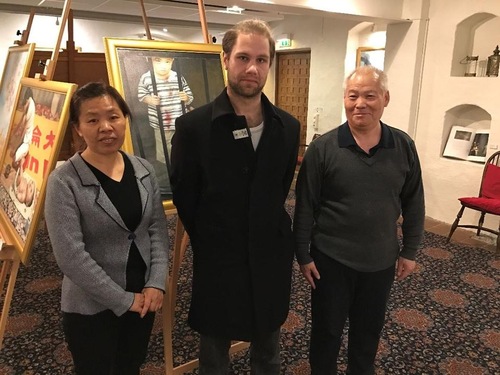 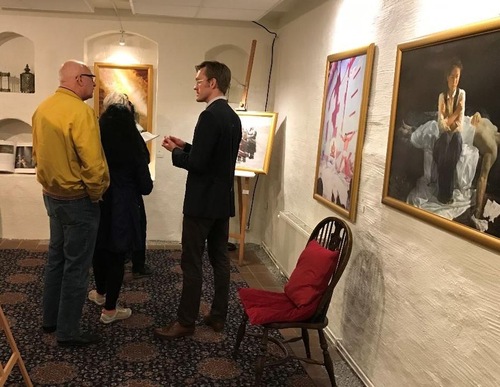 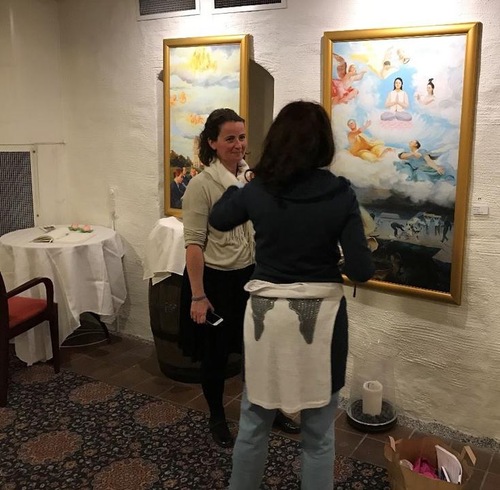 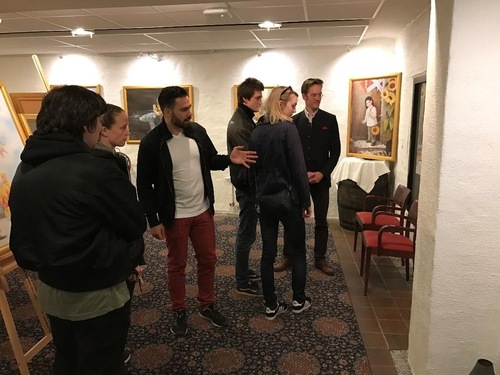 Many visitors came back the second day with friends and family members.

By the end, practitioners had collected over 300 signatures on a petition that called for an end to the persecution.

Two local newspapers in Helsingborg reported on the exhibit.

The exhibition in Tempe was held on April 29. 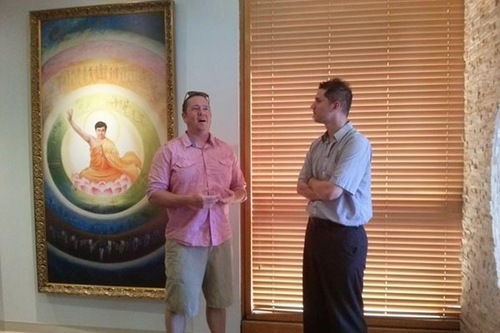 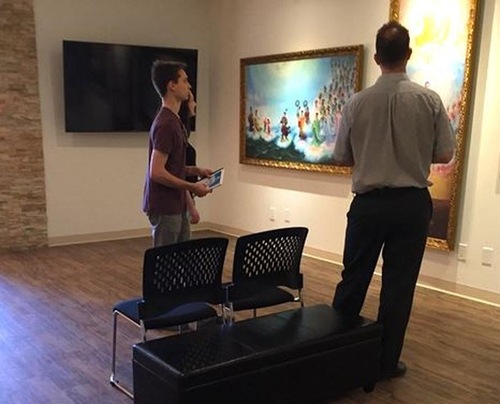 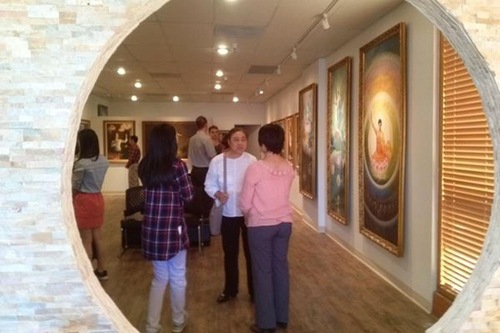 Visitors learn more about the paintings' background from volunteers at the exhibit.

Nick, the owner of the gallery and a Falun Gong practitioner, explained the content of every painting to the visitors.

Practitioners also demonstrated the exercises. They told the visitors about an upcoming free Falun Gong workshop that would be held at this gallery. Several people signed up for it.