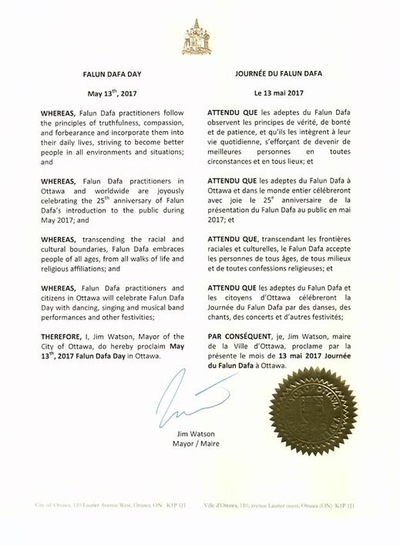 The proclamation was written in both English and French.

The mayor stated in the proclamation, “Falun Dafa practitioners in Ottawa and worldwide are joyously celebrating the 25th anniversary of Falun Dafa's introduction to the public during May 2017.”

“Transcending the racial and cultural boundaries, Falun Dafa embraces people of all ages, from all walks of life and religious affiliations.”