(Minghui.org) A married couple in Tangyuan County was seized from their family-owned computer shop on November 5, 2015 for refusing to renounce Falun Gong, a spiritual discipline being persecuted by the Chinese communist regime. They were each given a 5-year prison term and a fine of 5,000 yuan on September 29, 2016.

Mr. Zhang Baocai and his wife, Ms. Zhang Bingkun, immediately filed an appeal, and the local higher court held two hearings on January 23 and February 21, 2017, respectively. The local authorities, however, admitted the couple to prison even before the higher court issued a decision. 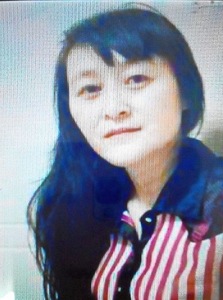 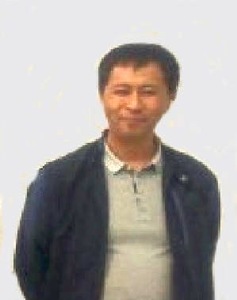 Mr. Zhang was transferred to Jiamusi Prison on March 15, while his wife was taken to Heilongjiang Province Women’s Prison the next day.

While the couple remains detained, their computer shop was shut down, and they were denied a visit with Ms. Zhang’s ill father, who had relied on them for care and passed away shortly after their arrest.

Mr. Zhang and Ms. Zhang appeared in Tangyuan County Court on September 14, 2016, to face charges that they “used a cult to undermine law enforcement,” a standard pretext used by the Chinese communist regime to frame and imprison Falun Gong practitioners.

The prosecutor presented three sets of evidence against the couple. He first brought up the criminal complaints that the couple had filed against former Chinese dictator Jiang Zemin. Mr. Zhang and Ms. Zhang admitted that they did sue Jiang for ordering the persecution of Falun Gong that resulted in their past detentions for their faith, but they had every right to seek justice against Jiang for infringing upon their freedom of belief.

The couple then questioned how their criminal complaints got into the hands of the prosecution, when Chinese citizens’ complaints should be kept confidential as required by law.

The prosecutor didn’t answer the question. He proceeded to allege that the large amount of Falun Gong materials confiscated from the couple’s home was evidence that they broke the law.

The couple’s defense lawyers argued that no law in China criminalizes Falun Gong, and that the confiscated items were their clients’ lawful possessions, which caused no harm to anyone, much less undermine law enforcement.

The prosecutor then claimed that the fact that Mr. Zhang and Ms. Zhang's ownership of their computer shop was evidence to charge them both for committing grave crimes. The lawyers pointed out that had nothing to do with the case.

The judge rapped his gavel and interrupted when it was Mr. Zhang’s turn to testify and he mentioned the words “Falun Gong.”

The couple received a guilty verdict two weeks later. They entrusted the same defense lawyers to file an appeal on their behalf.

The Jiamusi City Intermediate Court held a hearing for the couple’s appeal on January 23, 2017.

Jia Wenhua, the presiding judge, ignored Mr. Zhang’s request to recuse the prosecutor and ordered his clerk to read out aloud the indictment. Mr. Zhang and one of the defense lawyers immediately raised an objection to the judge’s bias in favor of the prosecutor. They demanded that the judge be recused.

Judge Jia responded by ordering his bailiffs to remove the defense lawyer from the courtroom for contempt of court.

Mr. Zhang refused to answer any further questions. The remaining defense lawyer also protested against the judge’s abuse of power.

Judge Jia adjourned the session, but days later he removed the lawyer who questioned his use of contempt of court from the case and ordered the police to launch an investigation of the lawyer for representing Falun Gong practitioners. Mr. Zhang and Ms. Zhang protested against the judge’s violation of legal procedures, as they had every intention to keep the lawyer on their defense team. Judge Jia did not respond to their complaint.

The second appeals hearing was held on February 21, with two defense lawyers present, including the one that was removed from the courtroom for contempt of court.”

Both lawyers requested that Judge Jia be recused, given his blatant violation of their fellow lawyer’s right to defend Falun Gong practitioners.

The couple also protested against the involuntary termination and absence of their third lawyer, but Judge Jia proceeded with the session without responding to them or their lawyers’ recusal request.

The two defense lawyers present reiterated that the persecution of Falun Gong has lacked legal basis from the onset. Mr. Zhang also said in his testimonial that the People’s Congress, China’s law-making body, has never enacted any law against Falun Gong.

The lawyers further argued against one key piece of evidence – items confiscated from their clients’ home. The prosecutor alleged that Mr. Zhang and Ms. Zhang used their home copier and printer to produce a total of 482 copies of table calendars bearing Falun Gong messages, which were all confiscated by police.

The lawyers challenged the prosecutor to present forensic evidence proving that the couple had indeed made the calendars with their own printer. Mr. Zhang also denied that he and his wife ever made any of the calendars themselves. Moreover, they only had 360 copies of table calendars and 2,700 loose pages of calendars, but the police counted the loose pages as some additional 122 copies of whole calendars.

The lawyers demanded the higher court overturn the guilty verdict against their clients, since the trial court sentenced the couple on trumped-up charges with fabricated evidence.

Judge Jia adjourned the second hearing without issuing a verdict. The couple is now awaiting the appeals court ruling while in prison.

“Ridding Myself of the Attachment to Comfort”

“Letter from a Practitioner's Kingdom in Another Dimension”