On April 25, 1999, approximately 10,000 practitioners peacefully appealed to the central government in Beijing after the illegal arrests of practitioners in Tianjin. The Communist Party's campaign against Falun Gong began three months later, characterized by scores of human rights abuses. 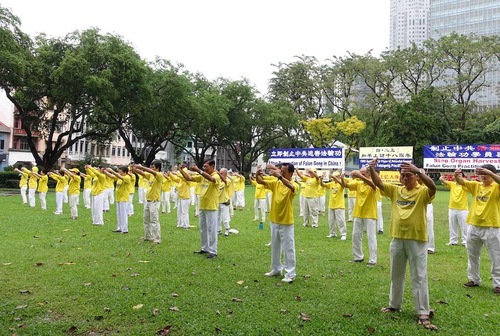 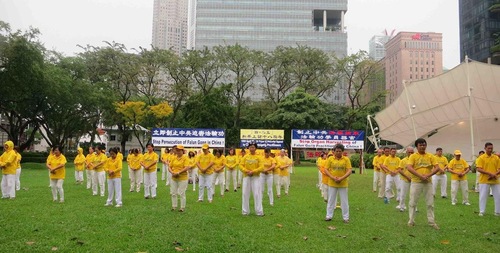 Many were also interested in learning the exercises. They asked for contact information for local group exercise sites and expressed interest in joining an upcoming free instruction workshop. 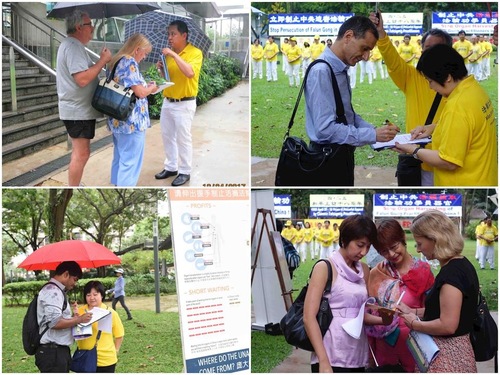 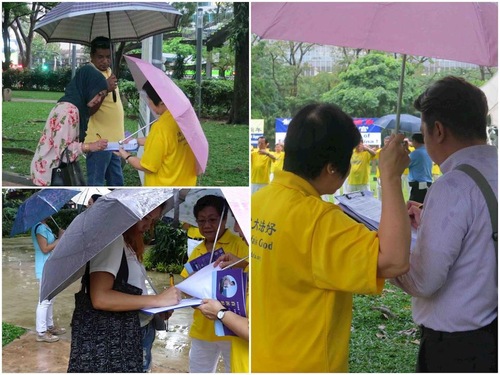 People sign the petition condemning the persecution of Falun Gong.

New practitioner: Falun Gong is a model of peaceful resistance

Ms. Li, a local businesswoman, watched the news when the peaceful demonstration happened on April 25, 1999.

“I thought they were silly at that time,” Mr. Li recalled. “Later, I learned that all they asked for was a peaceful environment to practice their belief. It is such a self-disciplined group, and so peaceful.”

“In the face of the severe torture in the last 18 years, they never got violent or tried to get revenge. In today's Chinese society, it's a miracle.”

Ms. Li said before she started practicing Falun Gong in 2010, she was a person who pursued material indulgence. As a winner in the business world, she wasted money on luxury products and lived a befuddled life. But after she began cultivating herself in Falun Gong, she gave up the bad habits. Witnessing such big changes in her, her husband also started to practice.

A different practitioner also with the surname Li has practiced Falun Gong for 21 years. She recalled that, before the persecution began in 1999, the society and media in China had positive views of Falun Gong.

“I remember that in 1998, the Chinese Premier at the time publicly praised Falun Gong. Several newspapers in Singapore also talked about how Falun Gong healed illnesses. One newspaper article estimated the economic impact of Falun Gong due to its amazing healing power.”

“But everything changed in April 1999. The Chinese government launched the persecution on such a large group that pursues truthfulness, compassion and forbearance. The collapse of morality in Chinese society is related to this persecution. Everybody pursues money and dares to do all kinds of bad deeds.”

“When I tell people what Falun Gong really is, many people encouraged me and said Falun Gong is the hope of China.”