(Minghui.org) Falun Gong practitioners from Ottawa, Canada, visited Algonquin College on April 5, to introduce this ancient Chinese cultivation practice to the students and faculty. They set up a table in the Student Commons, where they demonstrated the Falun Gong exercises and talked to the college community about the practice and the 18-year persecution that Falun Gong has been facing in China. 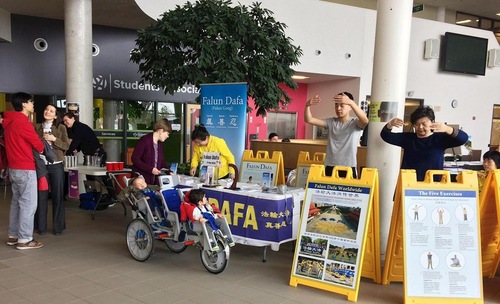 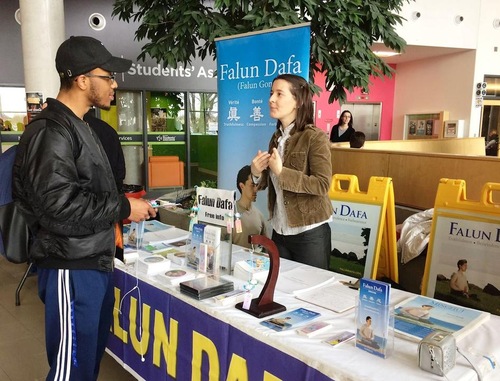 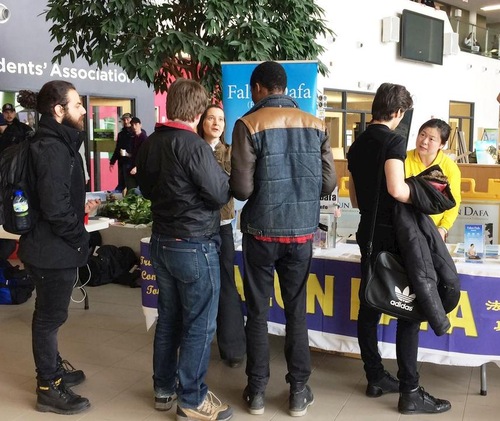 Over the course of the day's event, over a dozen students from China learned the facts about Falun Gong and the persecution in their home country, and renounced their memberships in the Chinese Communist Party-affiliated organizations for young people.